For one last time in 2022, CicLAvia is returning with a 7.25-mile car free event in South L.A. On Sunday, December 4, take a trip down MLK Boulevard, Central Avenue, and 103rd Street between Exposition Park, Historic South Central, Florence-Firestone, and Watts. The event starts and at 9 am and concludes by 3 pm. 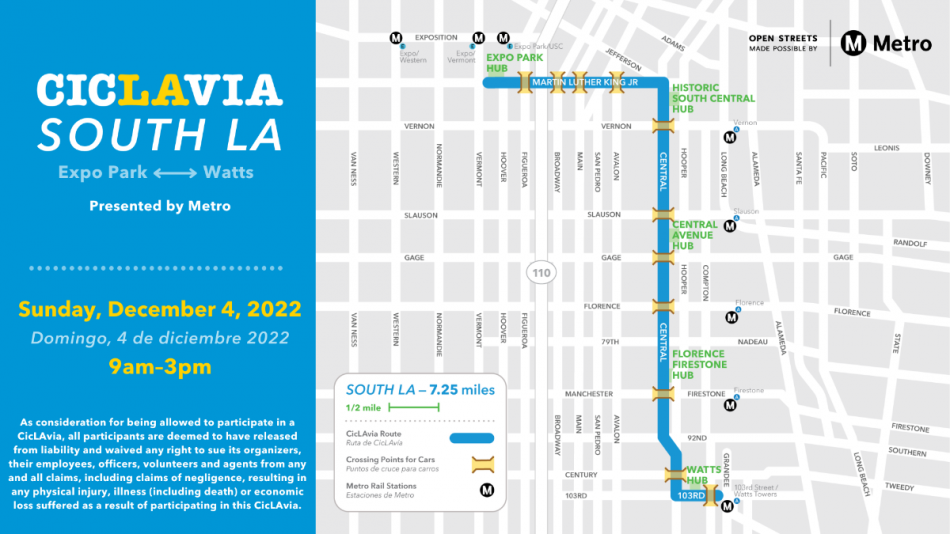 In case you've forgotten how this works: only people-powered vehicles allowed. That means no electric scooters, skateboards, hoverboards, unicycles, motorcycles and other non-people-powered vehicles are permitted. However, Class 1 e-bike pedal-assist is allowed, Class 2 e-bikes are allowed when throttle is powered off, and Class 3 e-bikes are allowed when pedal-assist is powered down. Motorized wheelchairs are allowed. Learn more here. 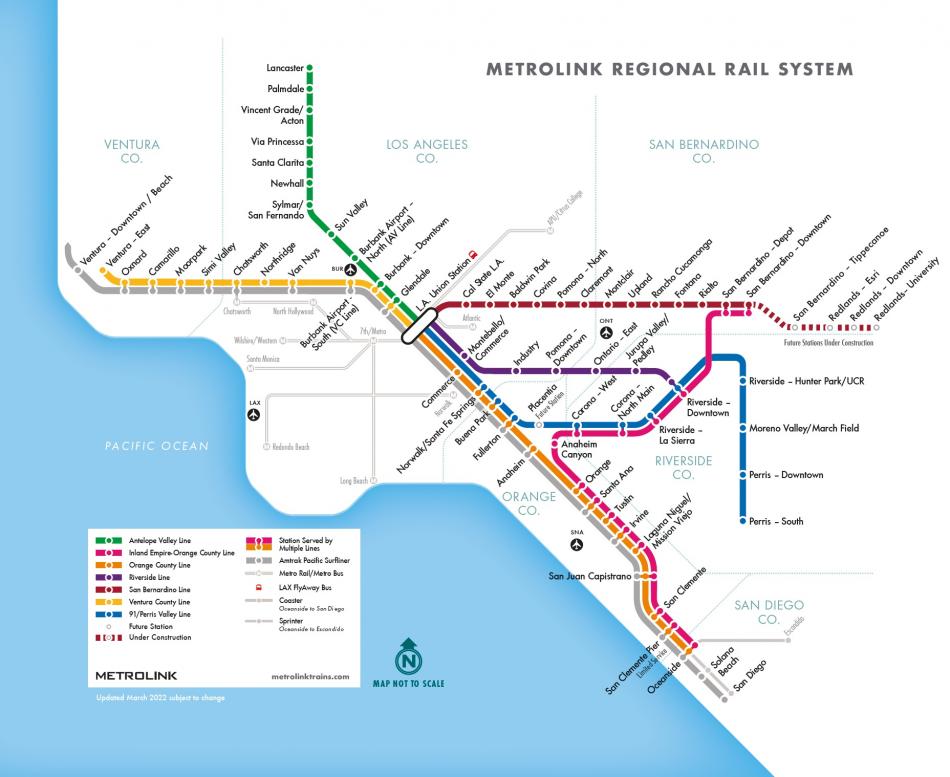 If you're interested in checking out Metrolink's new Arrow line between San Bernardino and Redlands, here's your chance to do it on the cheap. Metrolink is offering a $10 Holiday Pass over Thanksgiving weekend which will grant riders unlimited trips anywhere on the system over November 24 and 25. Visit metrolinktrains.com/holidaytickets for more information.

Plus, Lindsay Horvath prevails in the race for the 3rd District seat on the L.A. County Board of Supervisors and Traci Park will become represent the 11th District on the L.A. City Council. 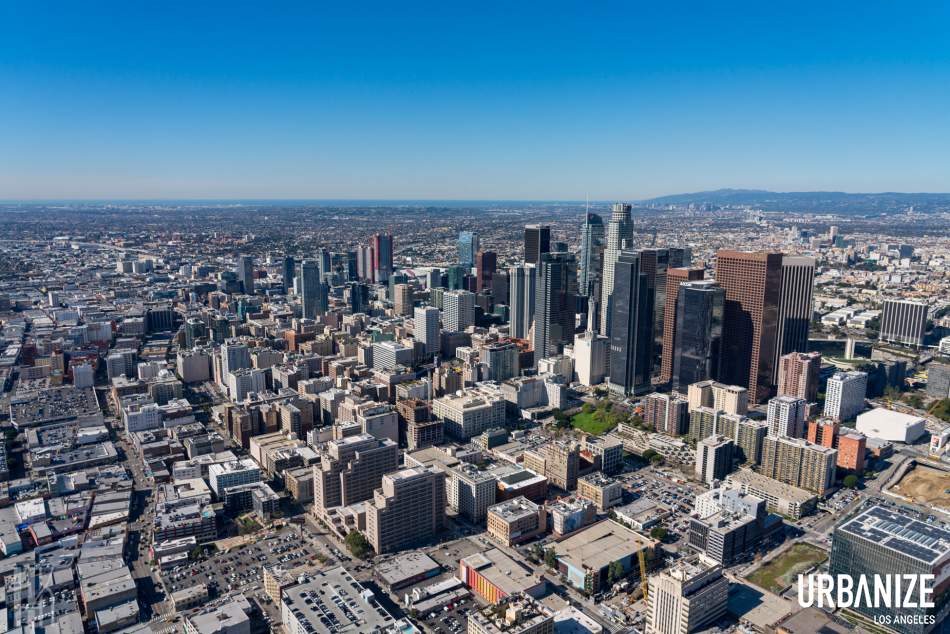 Brookfield's Downtown LA Office Fund, Seen As Indicator of Market Health, Warns of Cash Shortfall "The warning involving buildings in the downtown of the nation's second-largest city comes amid a backdrop of some reduced office use after remote working policies were put in place in some workplaces during the pandemic. The fund, partially owned by Brookfield, owns six Class A office properties and a retail center in downtown Los Angeles totaling roughly 7.6 million square feet. Those properties include the mall FIGat7th, the 1.4 million-square-foot Bank of America Plaza and the 1 million-square-foot 777 Tower, in which CoStar Group leases space." (CoStar)

Judge delays decision on L.A. County’s proposal to settle a homeless lawsuit "Judge David O. Carter told lawyers for the county and the plaintiff in the lawsuit, the L.A. Alliance for Human Rights, that their proposed agreement fell short of providing an adequate number of mental health and substance abuse beds. Carter did not specify any changes he expected, instead scheduling a hearing in January." (LA Times) 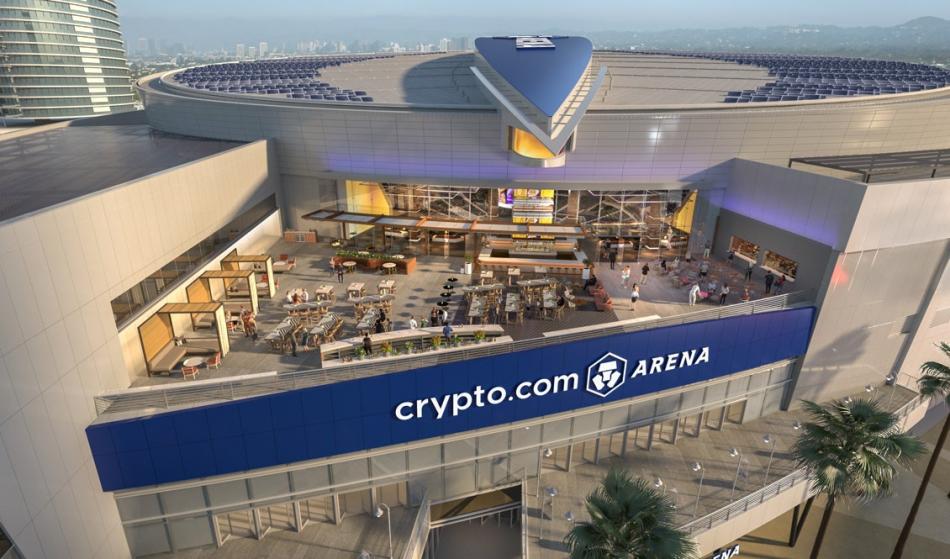 FTX’s downfall casts a shadow over other sports-rights deals. What’s up, Crypto.com Arena? "The deal that saw Staples Center rebranded as Crypto.com Arena was one of the most expensive in stadium rights history. It came after AEG, a global sporting and music entertainment presenter that is a subsidiary of Anschutz Corp. in Denver, bought the naming rights back from Staples in 2019 for an undisclosed sum. In addition to the Lakers, the venue is home to the Los Angeles Kings hockey team and, until their own facility is finished, the Los Angeles Clippers." (LA Times)