Hyperloop: is it the transportation mode of the future or just a cynical ploy by Elon Musk to halt the California high-speed rail project? Even if the technology remains little more than vaporware, the companies seeking to deliver on its potential continue to eat up L.A. real estate. 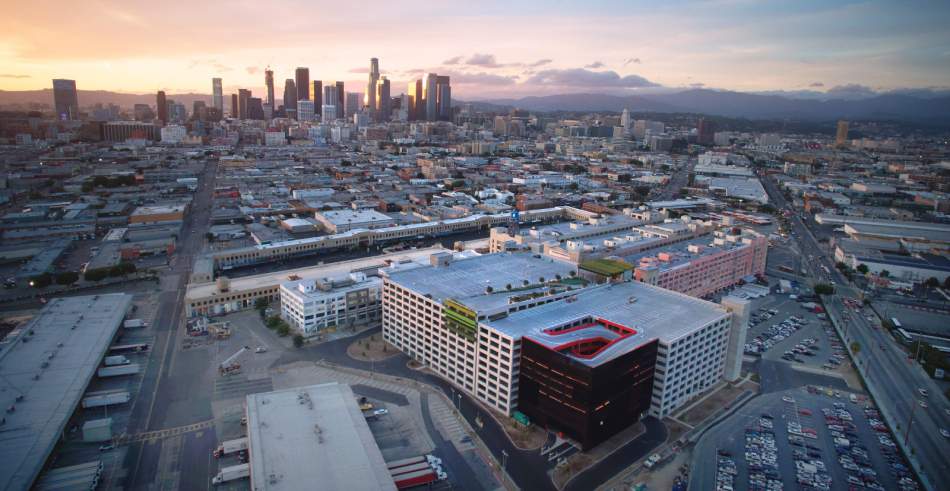 This week, Virgin Hyperloop announced that it would move its headquarters to a nearly 50,000-square-foot office space in The ROW at 777 S. Alameda Street in Downtown Los Angeles. The company has signed a four-year lease with landlord Atlas Capital.

"Our new headquarters in this vibrant area represents a new beginning for the company," said Virgin Hyperloop's head of human resources Benjamin Savage. "The space is designed to support our transition from technology to product development. It allows for efficiency and flexibility, and lends itself particularly well to unleashing collaboration and creativity of our highly skilled employee base."

The company has previously been based out of low-slung brick building on a nearby property at 2159 E. Bay Street, which is being entitled for redevelopment by Tishman Speyer with a larger office complex. 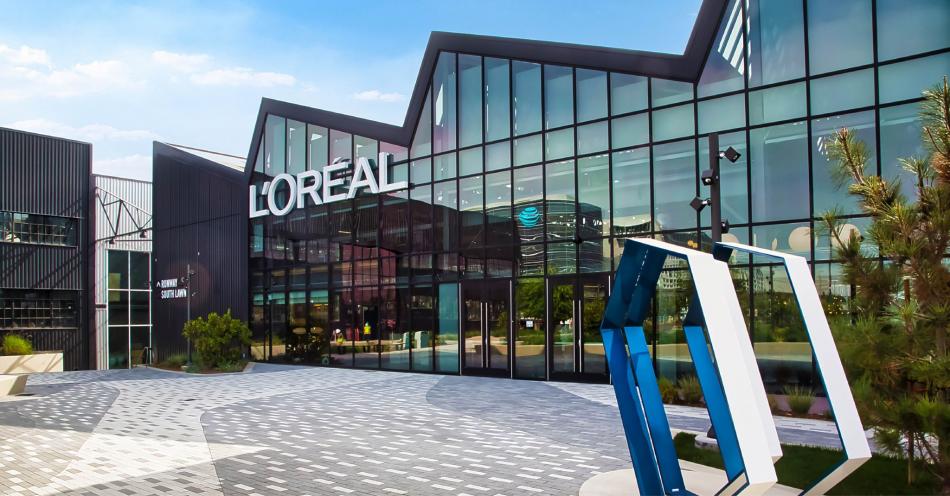 In El Segundo, L'Oreal USA cut the ribbon on its second U.S. headquarters - a 100,000-square-foot space at 888 N. Douglas Street. The cosmetic company is housed in a former Northrop Grumman facility which has been converted into 390,000 square feet of offices by developer Hackman Capital Partners. Plant-based food maker Beyond Meat has also inked a lease for a 280,000-square-foot space at the campus, which will serve as its new corporate headquarters. 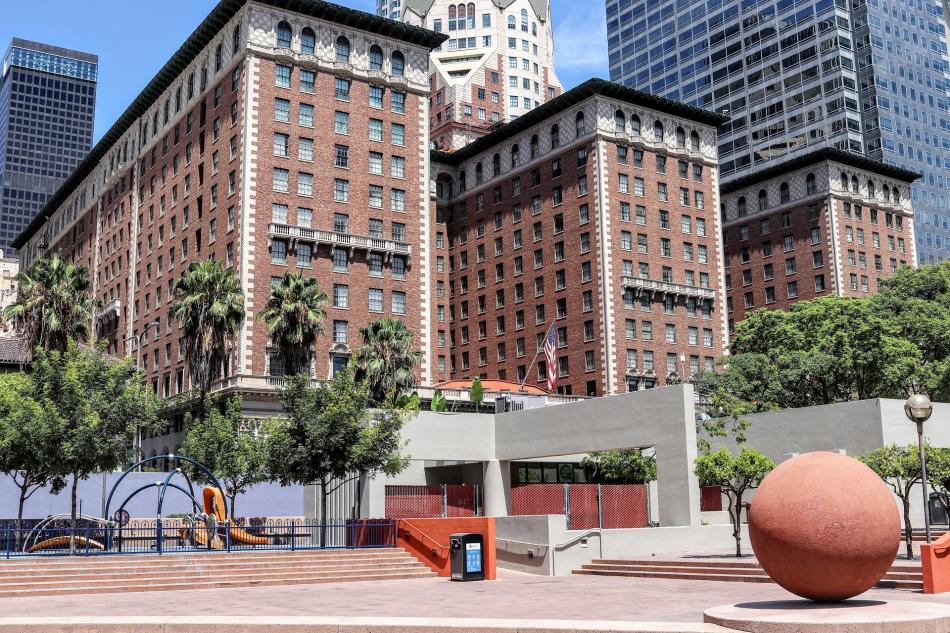 View of the Biltmore hotel from Pershing SquareShutterstock / Newmark

Regulatory compliance software company Trusaic has signed a nearly 12,500-square-foot lease for office space at Biltmore Court, the office tower at 5th Street and Grand Avenue which is attached to the historic Biltmore Hotel.

“Our client had been located in Koreatown for 20-plus years and was open to relocating. Like many companies, the pandemic provided an opportunity to reimagine Trusaic’s workspace and what the team wanted the future of their corporate headquarters to look like,” said Newmark managing director A.J. Dorn who represented Trusaic along with executive managing director Greg Frankovich.. “After surveying several submarkets and touring many projects in the area, we were pleased to land on this highly improved 2nd generation creative space that would require minimal renovations. This historic building is perfectly fit to support our client’s growth needs and allow them to attract the industry’s best and brightest talent.”

How affordable housing units end up in high-profile L.A. developments — and how to find one "A good place to start in the city of Los Angeles is the Housing Department’s relatively new Affordable and Accessible Housing Registry, where you can sign up to be notified when new projects are listed, applications are accepted or filled waiting lists reopen for new renters-in-waiting." (LA Times) 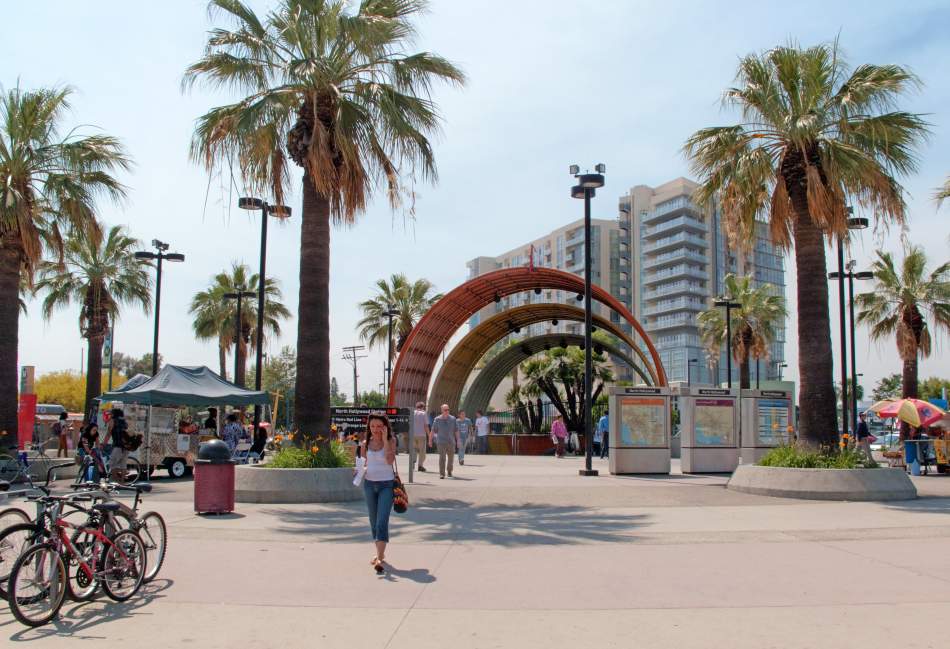 The Bay Area was California’s transit mecca. Now car-crazy L.A. has more train and bus riders. "How big was the turnaround? In 2019, transit riders in six Bay Area counties took 43 million more trips than L.A. County, which is over a third larger by population. But in 2021, Los Angeles racked up over 83 million more transit trips than the Bay Area – a staggering threefold reversal, according to a Bay Area News Group analysis of federal data for the two regions’ largest transit agencies....It’s a titanic shift starting in the depths of the pandemic that could remake California’s transit landscape. With the Bay Area’s once thriving commuter-heavy trains suffering some of the country’s biggest passenger losses and Los Angeles’ bus riders propelling a surprising ridership recovery in Southern California, the state’s two biggest metro regions are now living test cases for mass transit’s role in a post-pandemic future." (Bay Area News Group)

L.A. plans end to COVID-19 protections against evictions, rent hikes "Starting in 2023, landlords will once again be allowed to evict tenants for not paying their rent even if they’ve fallen behind for COVID-19-related circumstances, under a proposal released by the city housing department last week. The plan also calls for tenants living in rent-controlled apartments in the city — about three-quarters of the apartment stock — to once again face rent increases the following year, in January 2024." (LA Times) 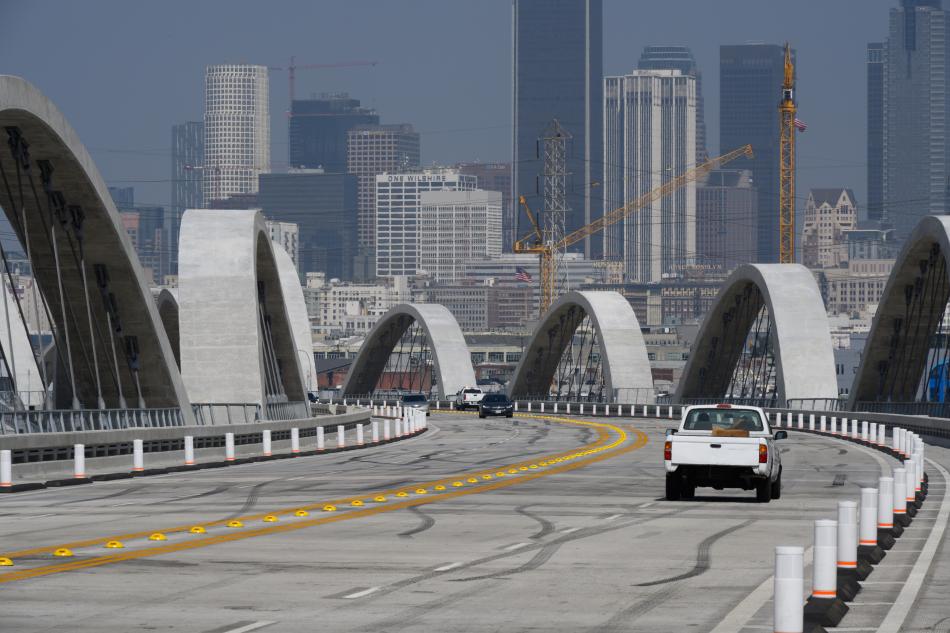 LA’s 6th Street Bridge May Be A Symbol, But It’s Also Just A Bridge. Here’s How People Are Using It "Since it opened, the new bridge has been the site of dangerous driving (and the inevitable crashes), risky antics by some pedestrians, death-defying skateboarders, street takeovers, bike lanes dubbed “protected” but also “permeable” by the city, and heavy policing. All that activity generated plenty of headlines and think-pieces, some wondering what the bridge tells us about the future of Los Angeles....And while we understand that the viaduct may be a symbol or omen of something larger than the steel and concrete structure itself, it’s also a bridge. L.A. Police now say things have calmed down a bit. Thousands of people are walking, rolling and driving across it every day, and most of them aren’t doing burnouts, climbing the arches or partaking in other risky behaviors for some social media clout." (LAist)

Project area for Venice Boulevard Safety and and Mobility ProjectLADOT

California voters to decide on repeal of anti-public housing measure in 2024 "The measure will ask voters to do away with Article 34 of the California Constitution, which requires voter approval before public housing is built in a community. Article 34, which passed in 1950, stymied low-income housing construction in California for decades and continues today to add to the cost and uncertainty of building affordable housing." (LA Times)