Construction is beginning for the initial features of a planned redesign of West Adams Boulevard that will bring new pedestrian safety and bicycle infrastructure to a two-mile stretch between Fairfax and Crenshaw Boulevard. 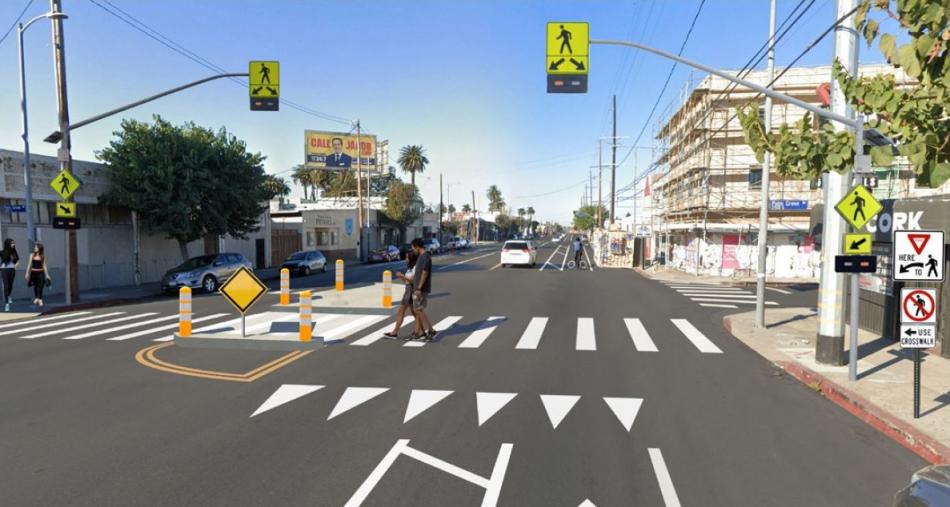 The first component of the project, a new pedestrian refuge island at Marvin Avenue, is set to be built between August 23 and 25, impacting traffic along Adams Boulevard during that time period.  According to a project website, the full suite of improvements includes: 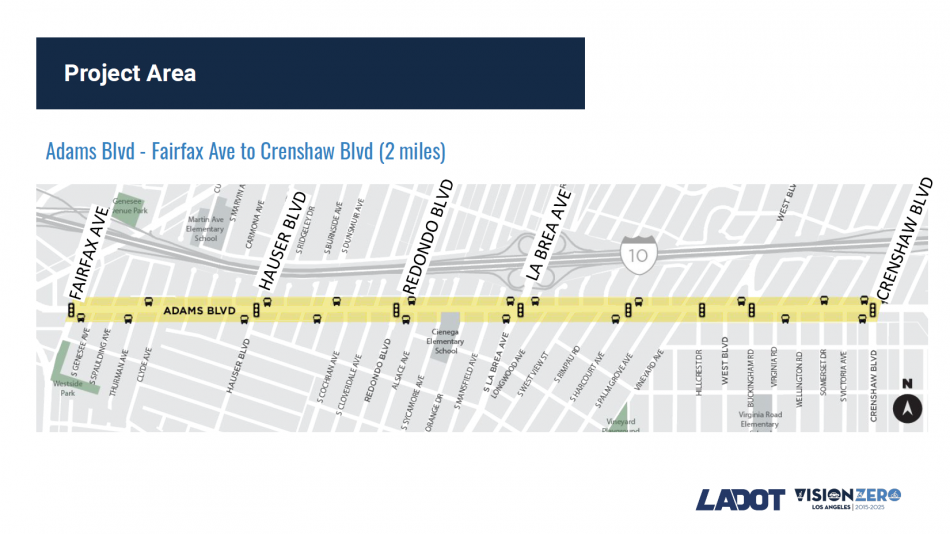 The two-mile project corridor has been identified by Los Angeles officials as part of the city's high-injury network, which corresponds to the roughly six percent of streets that account for more than 70 percent of the city's traffic injuries and fatalities.  According to LADOT, nine people have been killed on Adams between Fairfax and Crenshaw.  Six of those deaths were pedestrians, a higher number than on any other street in Los Angeles.

Construction is scheduled to occur in phases through 2023.