Across the street from Metro's La Cienega/Jefferson Station, the wrapping has come off at VOX, the second and largest component of Carmel Partners' massive Cumulus District. 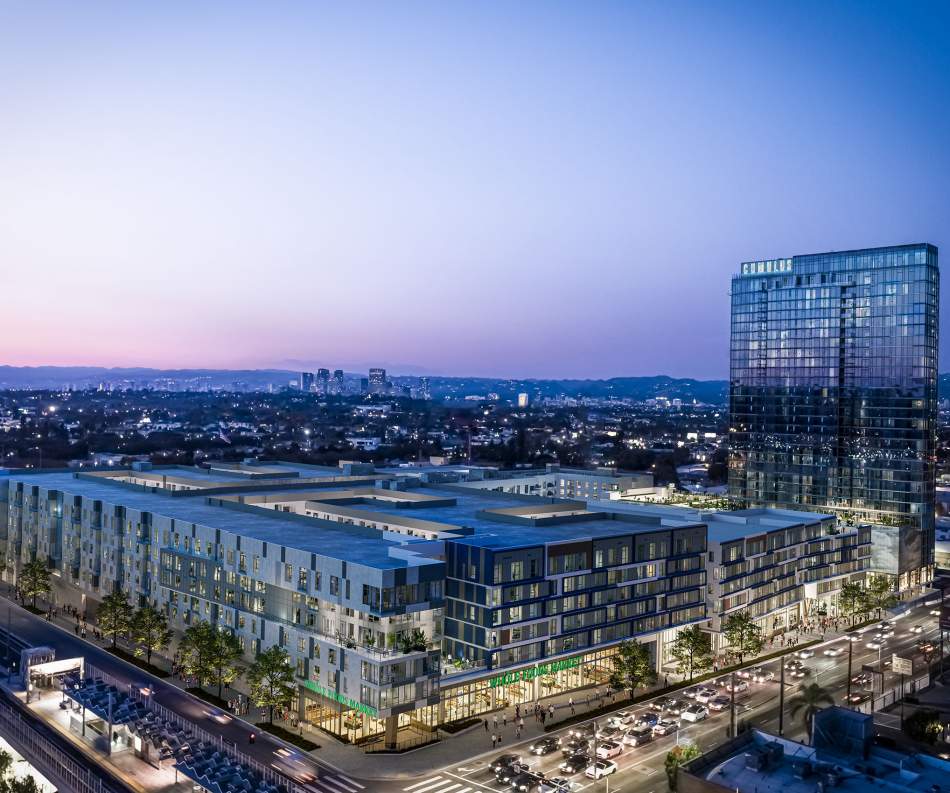 Rendering of the Cumulus DistrictCarmel Partners

Located on an 11-acre property that was most recently home to a radio broadcast facility, the mixed-use development will feature more than 1,200 apartments and 100,000 square feet of ground-floor retail upon completion.  Approximately half of the commercial space has been leased by Whole Foods Market.

The visual centerpiece of Cumulus, ARQ, is a 31-story tower containing 300 studio, one-, and two-bedroom apartments above a multi-level parking podium.  Standing 320 feet in height, ARQ is the tallest building in Los Angeles located south of the I-10 Freeway.

A leasing website for the property lists 451-square-foot studio units starting at $2,769 per month, with a 1,600-square-foot penthouse commanding rents in excess of $17,000 per month. 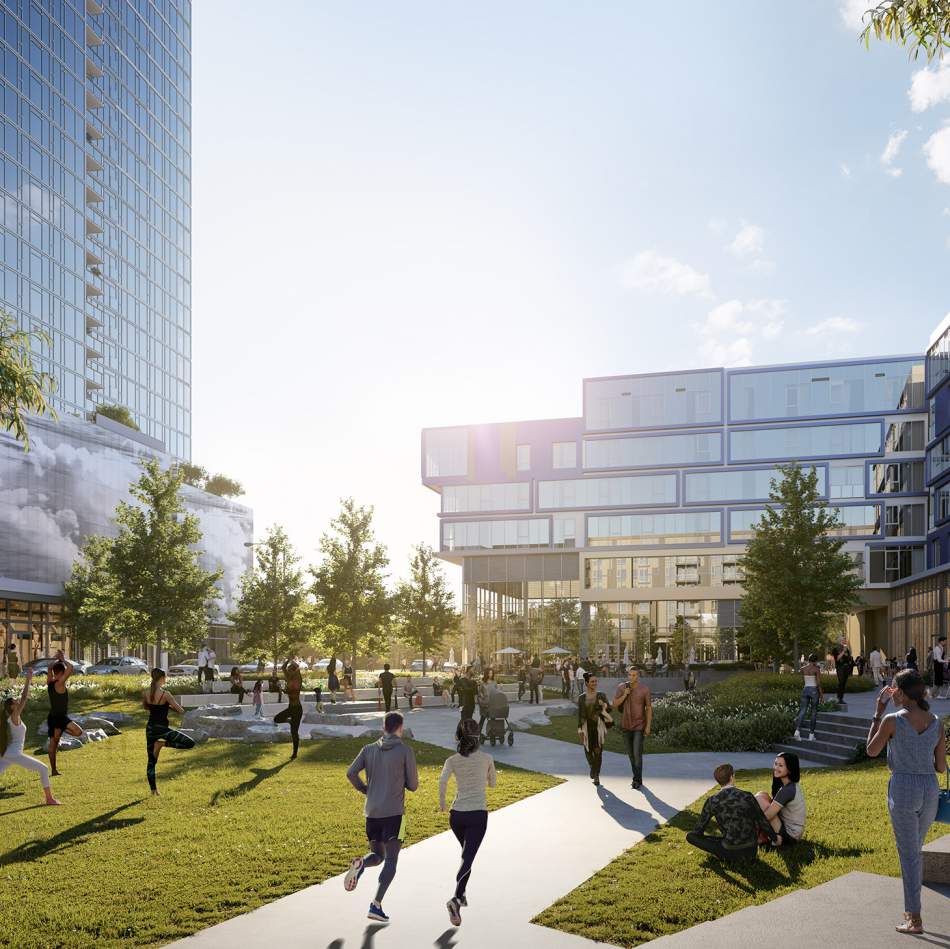 VOX, second phase of the project which remains under construction, will include 910 residential units in a series of interconnected seven-story buildings.  Pricing for VOX has not been listed publicly yet.

Although Cumulus does not include deed-restricted affordable housing, the Los Angeles Times reported last year that Carmel had issued a statement pledging to set rents at levels considered affordable to households earning 150 percent of the area median income in 180 of the remaining apartments.

The two apartment buildings, designed by a team that includes Solomon Cordwell Buenz, TCA Architects, and Studio MLA, will be centered on a one-acre green space flanked by retail uses. 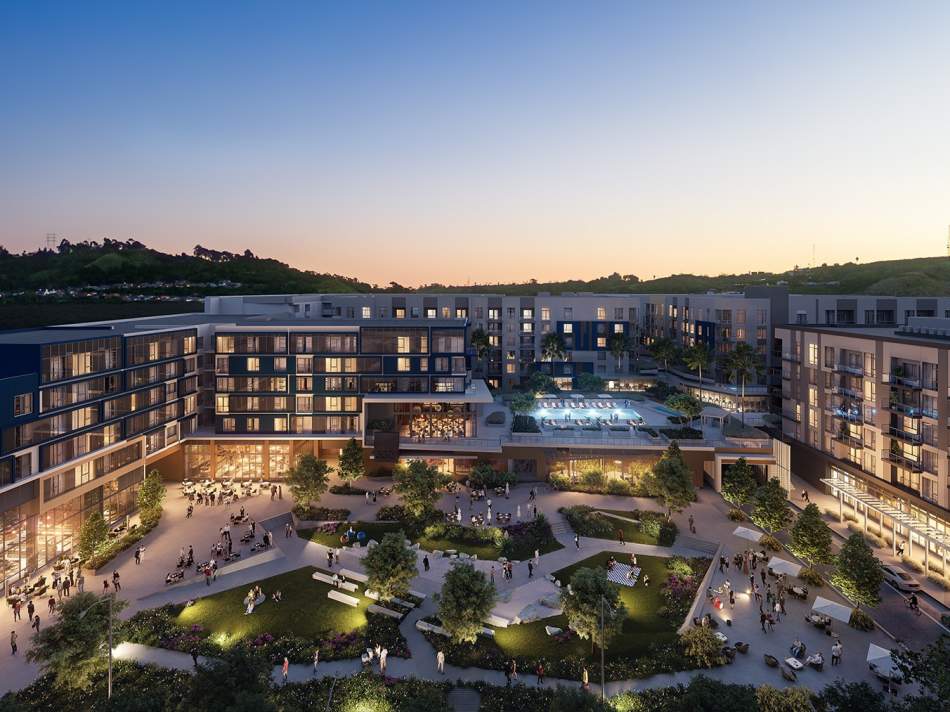 Completion of Cumulus, which was delayed due to the global pandemic, is on pace to occur by the end of 2021.

Though taller than their immediate neighbors, the new buildings of Cumulus are joined by the towering frame of Wrapper, a 17-story office complex now rising on the opposite side of Jefferson Boulevard.  Samitaur, the company behind Wrapper, is also planning a 22-story tower to replace a parking lot farther south.

Other projects slated for the immediate surroundings include Lendlease's new office and housing complex next to La Cienega/Jefferson Station, a proposed 254-unit apartment building at 3200 La Cienega Boulevard, and Kilroy Realty's planned expansion of the Blackwelder office campus to the north.

Location of Cumulus District across from La Cienega/Jefferson StationGoogle Maps

Cumulus is the largest in a recent series of Los Angeles-area developments by Carmel Partners, following the Eighth & Grand and Atelier apartments in Downtown and the Linea complex in Sawtelle.  The company has also obtained entitlements for the construction of a 35-story housing and office complex in the Arts District, although construction of that project stalled after a former executive with Carmel was implicated in the federal probe into City Hall corruption.