Five months after our last update, the West Edge is nearing its vertical peak just north of Metro's Expo/Bundy Station. 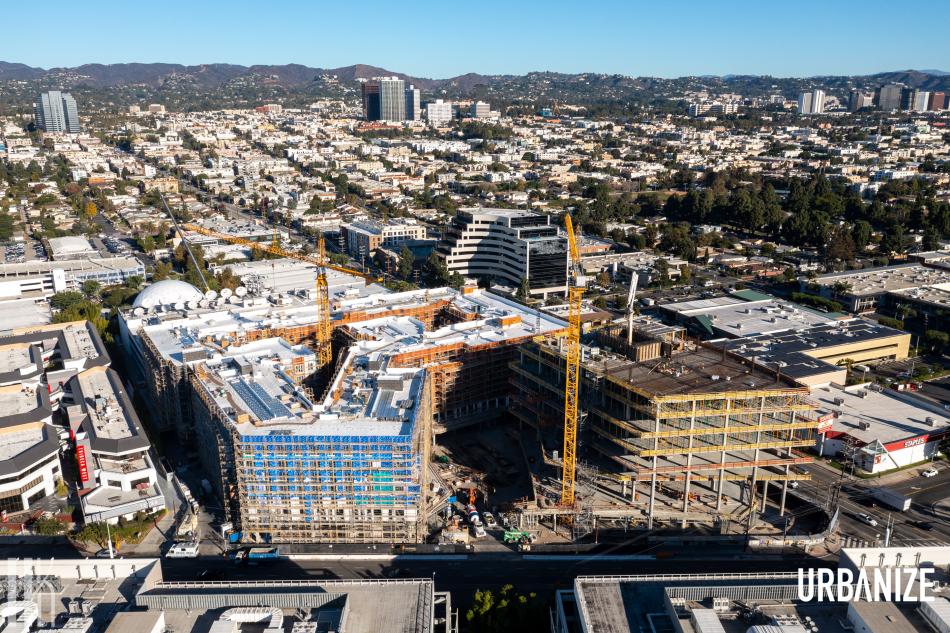 The project, which replaced the Martin Cadillac dealership, is rising from a roughly 4.8-acre site located at the northwest corner of Olympic Boulevard and Bundy Drive. An eight-story, 200,000-square-foot office building will anchor the property, rising at its main intersection.

The Gensler-designed building includes multiple upper-level setbacks, which will used to provide landscaped terrace decks for use by future tenants.

At the back of the property, framing is now complete for an L-shaped, seven-story structure which will feature 600 apartments - including  120 units of income-restricted housing at the workforce and very low-income levels. 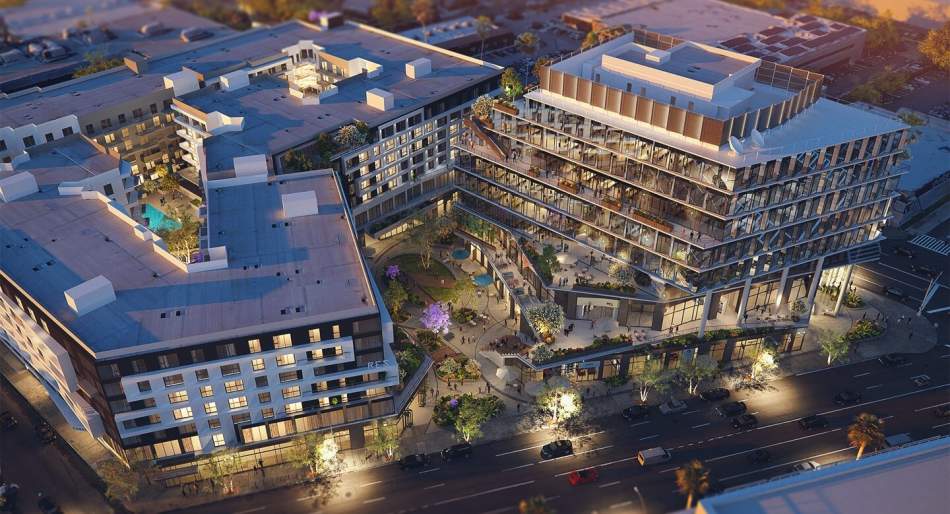 Aerial view of the West EdgeHines

AC Martin is designing the residential component of the West Edge.

Landscape architecture firm Rios rounds out the design team for the project, which would break up its superblock site with a ground-level by a pedestrian paseo cutting diagonally between Olympic and Bundy.  The space, spanning roughly once acre in size, would be lined with 90,000 square feet of commercial space, including a grocery store, restaurants, bars, and gyms.

Upscale supermarket chain Gelson's will anchor the ground-level commercial space. The approximately 36,000-square-foot space is expected to open in 2023. 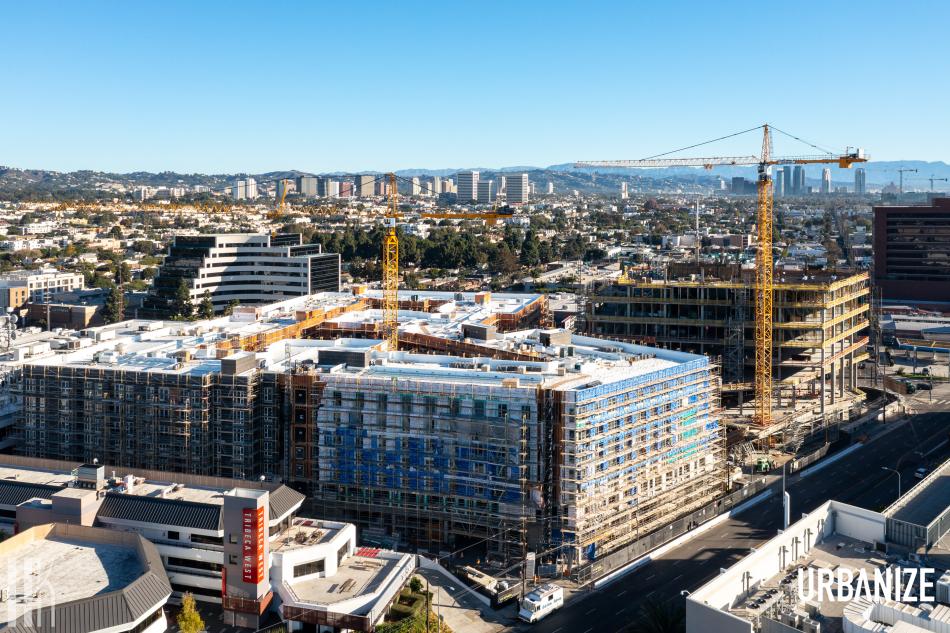 The West Edge is being developed as a joint venture between Hines, USAA Real Estate, and Philena Properties, an entity controlled by the family which owns the car dealership.

Hines, which is leading the development, recently filed plans with the City of Los Angeles to redevelop properties next to Warner Music Group's Arts District headquarters with a new office campus. 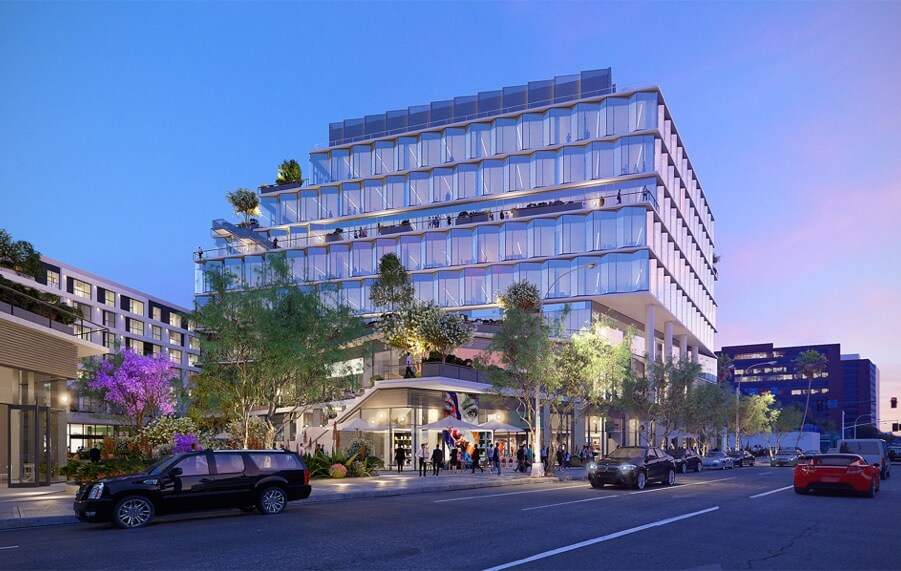