CIM Group is changing up its plans for a new hotel at the eastern gateway to West Hollywood. 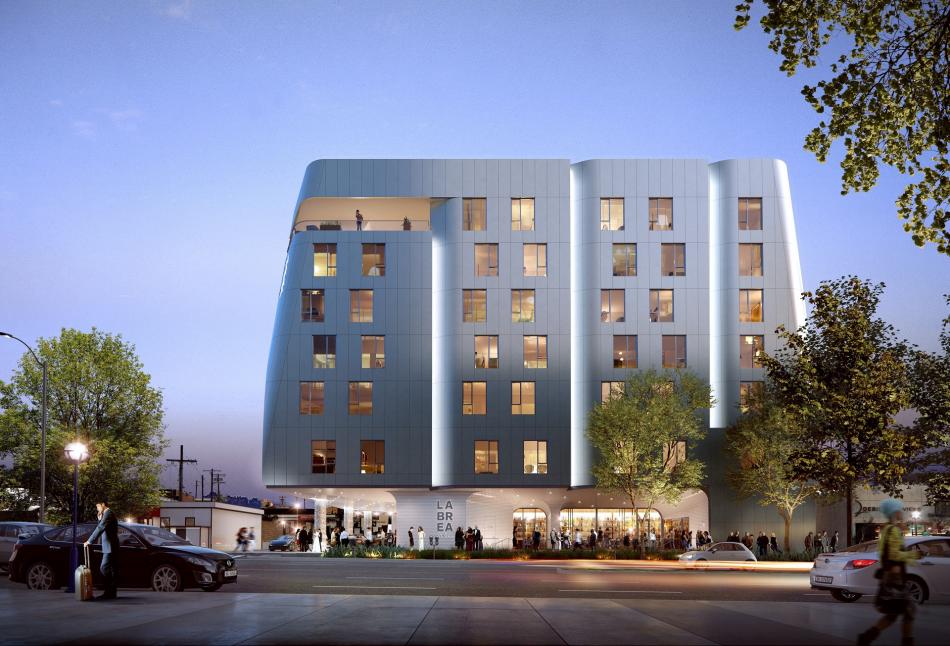 The proposed development, slated to replace an auto body repair shop at 1040 N. La Brea Avenue, was initially conceived as a nine-story, 110-foot-tall building that would contain 91 hotel rooms, eight apartments, a podium-level pool and amenity deck, and ground-floor commercial space.  Now, according to a presentation to the West Hollywood Planning Commission's Design Review Subcommittee, CIM Group is scaling back its vision.

The amended project, per a staff report, removes eight residential units from the project in favor of increasing the total number of hotel rooms to 116.  Additionally, CIM has reduced the height of the proposed buildings to seven stories and cut the amount of planned parking from 98 stalls to 64.  The revised plan simplifies the entitlement process for CIM, eliminating the need to secure approvals for additional height and floor area. 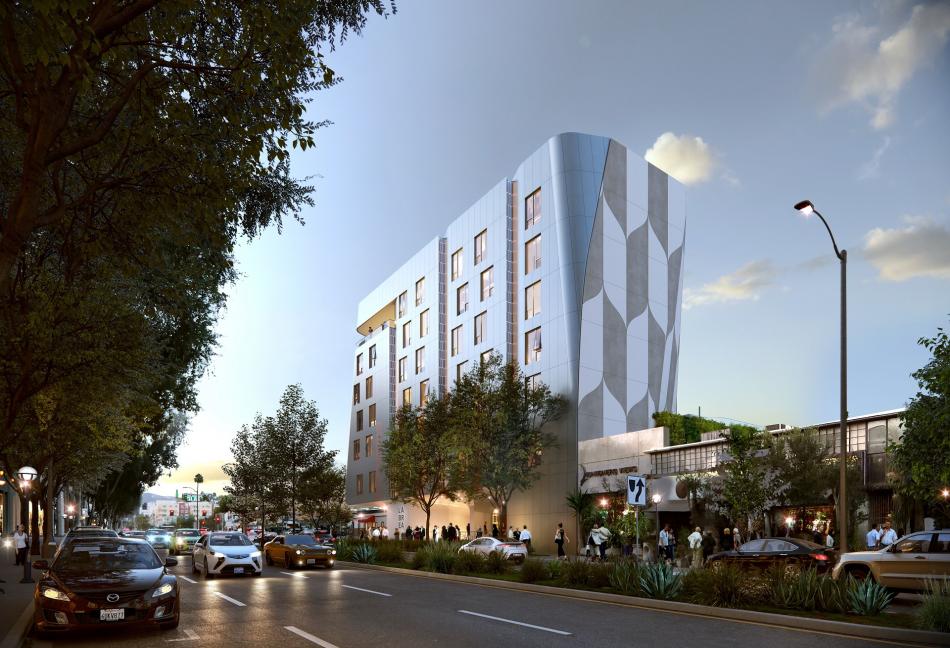 NMDA has been retained as the project's design architect, with Studio One Eleven serving as its architect of record.  The overall appearance of the building remains similar the prior iteration, with the staff report describing the updated plan as being "well-crafted with elegant and refined detailing."

CIM Group, which is headquartered in the Mid-Wilshire community, has developed numerous multifamily and commercial buildings in the Los Angeles area, including a series of new office buildings at The Lot Studios, which is now home to companies such as Ticketmaster and Showtime.  The developer is also behind a handful of new projects in the neighboring Hollywood Media District. 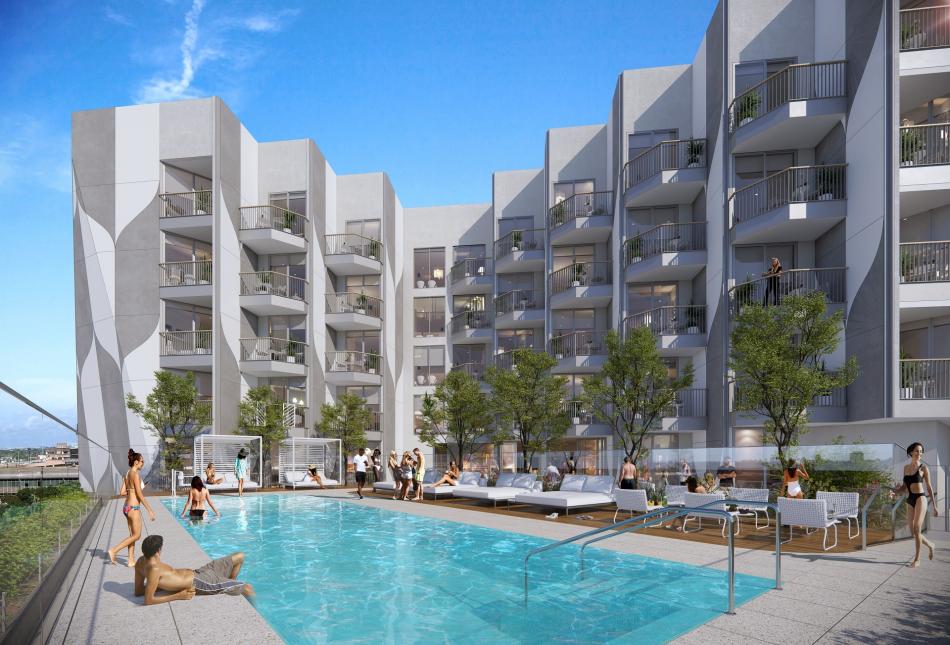