The site of a long-proposed office building is showing signs of activity at the intersection of Sunset and La Cienega Boulevards in West Hollywood. 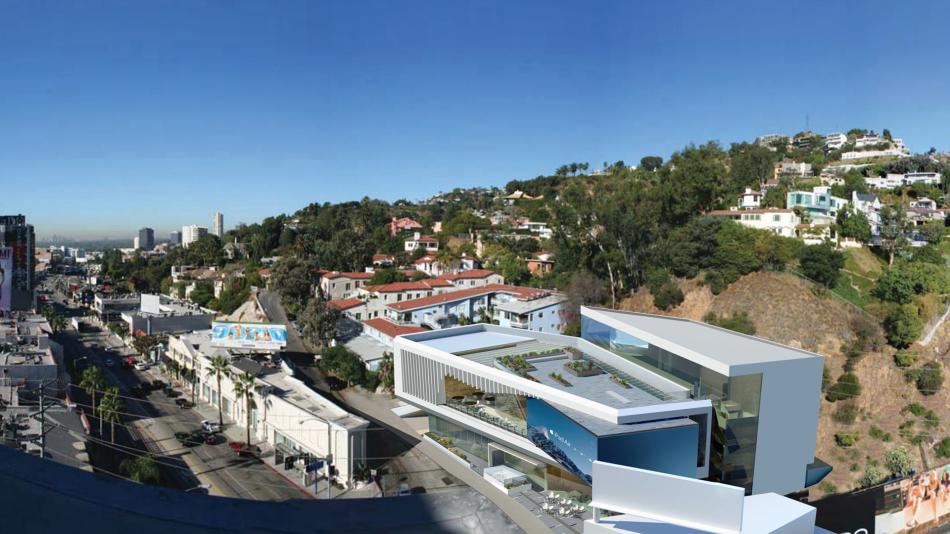 The project, called The Now, will rise from a property on the West Hollywood - Los Angeles border that was once home to a 31-unit apartment building.  Approved plans call for the construction of a three-story building featuring approximately 11,500 square feet of office space and 9,800 square feet of restaurant space.

A four-level, 54,000-square-foot subterranean parking garage would sit beneath the building, providing accommodations for up to 138 vehicles.

Mithun is designing the development, which similar to several recent developments along the Sunset Strip, would be wrapped in digital signage. 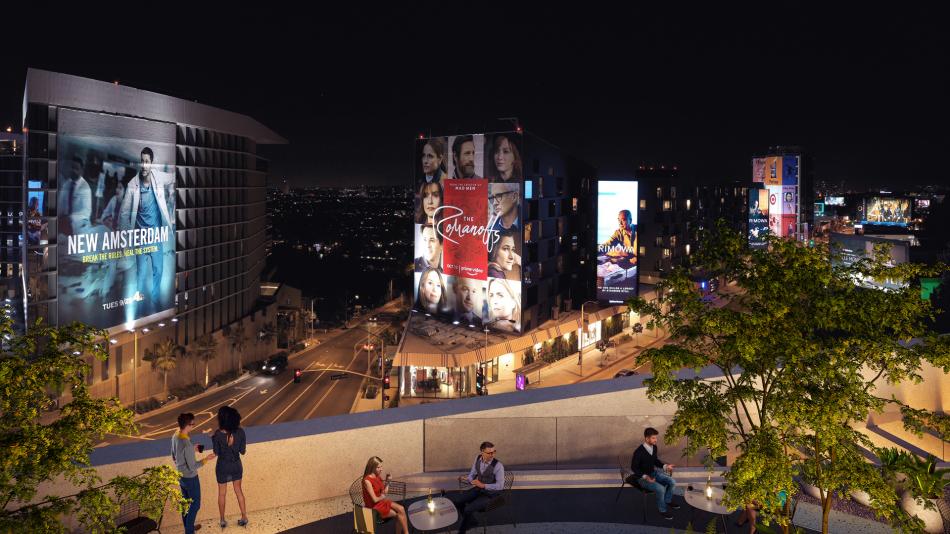 "Poised at the intersection of two famous boulevards, this commercial development extends along an east-west axis, withdrawing on the street-level at an angle to define a public plaza beneath a creative billboard integrated into the building façade," reads a project description.  "On the upper levels, elevated terraces provide full-service dining and green space with commanding hillside views of greater Los Angeles."

An initial study published by the City of West Hollywood estimates a roughly 16-month construction period for The Now. 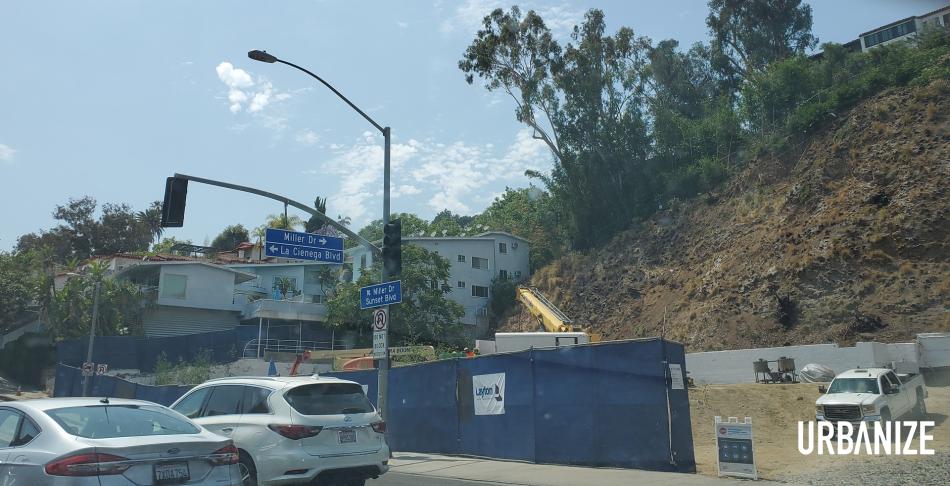