Three years ago, local development firm Barth Partners and architect Marcello Pozzi made headlines with plans for a "brutalist" apartment building in West Hollywood.  Three years later, the project team is changing up the plan. 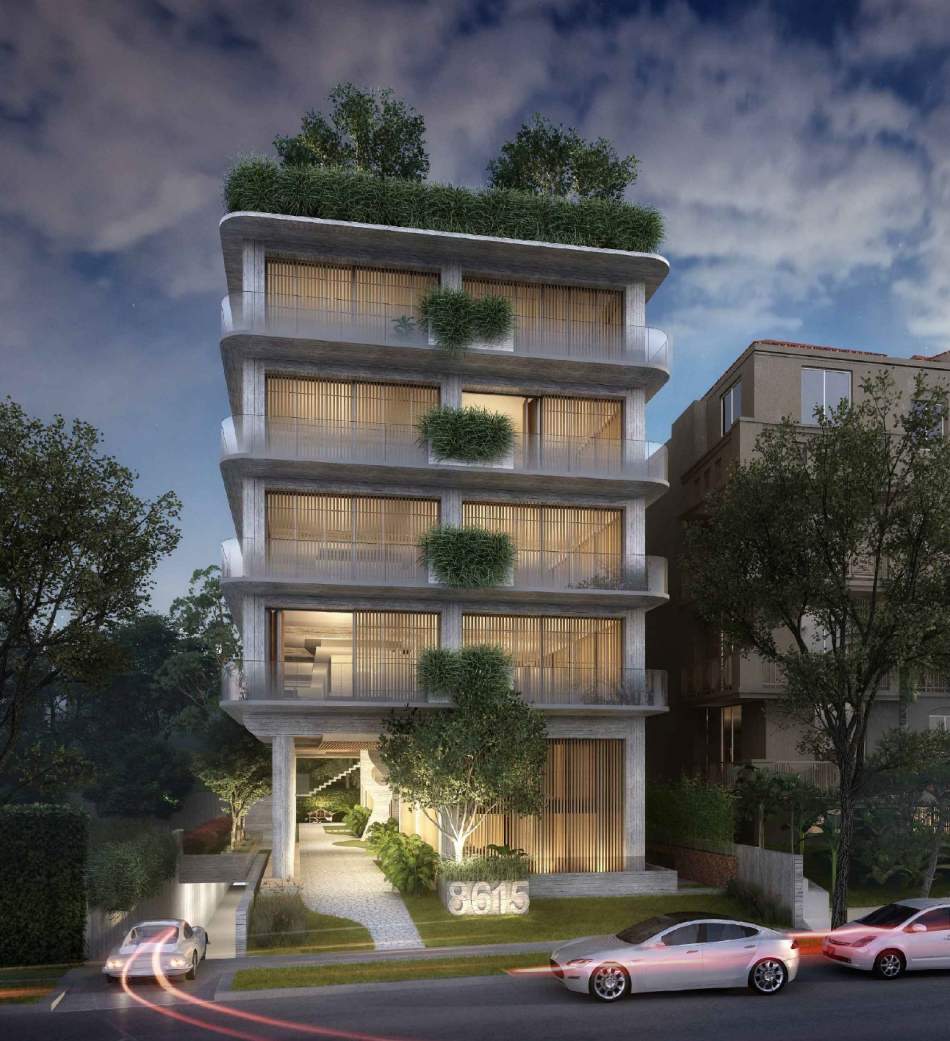 A presentation given on August 26 to the West Hollywood Planning Commission's Design Review Subcommittee details updated plans for the proposed project at 8615 West Knoll Drive, which would replace a single-family home.  As with the approved project, the proposed five-story edifice is slated to include 10 condominiums - including one very low-income affordable unit - above a semi-subterranean parking garage.

Unlike the earlier concrete building planned for the site, Pozzi's updated design is described as having simple lines and proportions, but still maintaining a strong architectural identity.  Plans call for exteriors of smooth stucco and vertical wood siding, with five single-story units and five two-story townhomes to be located within.  Although the building includes private balconies, plans also call for a rooftop terrace deck as well as a landscaped yard at the rear of the property.

A staff report advises the subcommittee to solicit public input on the design and provide feedback to the project team prior to scheduling a hearing. 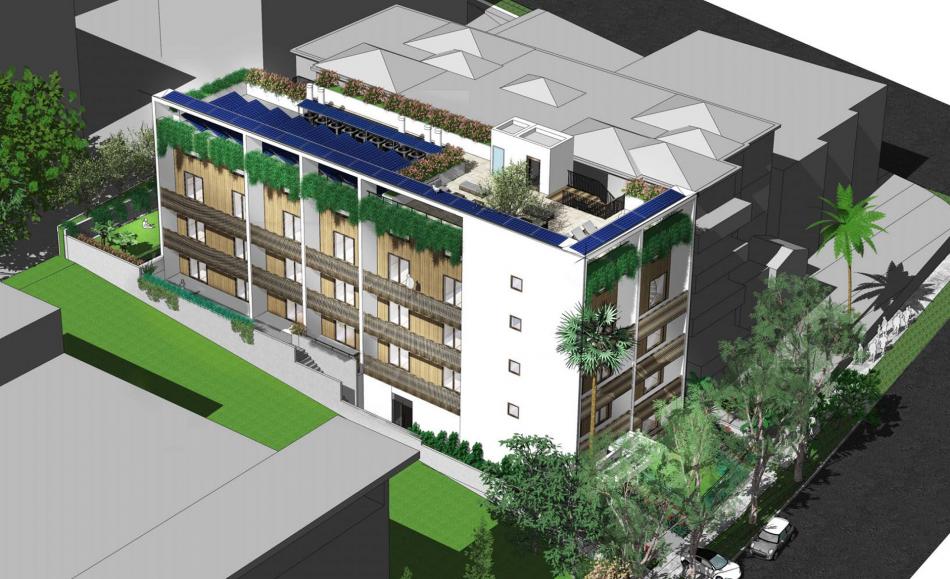 Barth Partners, the developer, is also behind an under-construction apartment building in East Hollywood, and completed work last year on Vica, a new multifamily residential building on Sunset Boulevard in Silver Lake.