Eight months after we last dropped by, the protective tarp is gone at 8899 Beverly Boulevard, revealing the near-finished appearance of the office building-turned-luxury condo complex in West Hollywood. 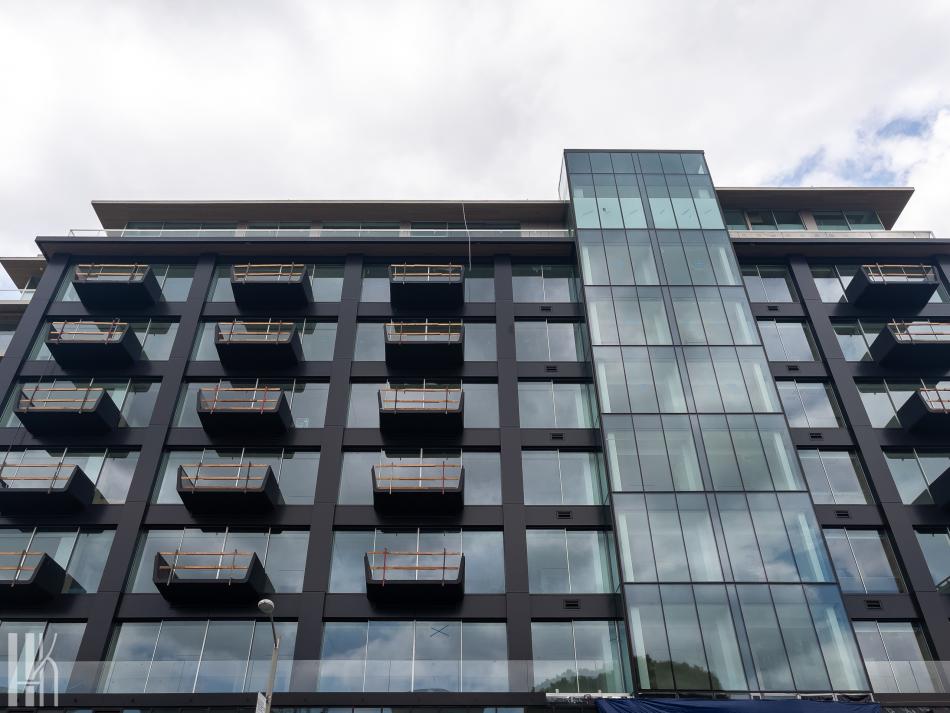 The project, which is being developed by Townscape Partners, converts a nine-story structure dating to the 1960s into 52 residential units with an average size of 2,800 square feet, as well as 15 apartments reserved for low- and moderate-income households.  Eight new single-family have also been built on an adjoining site facing Rosewood Avenue, which range from 2,500 to 4,000 square feet in size.

Seattle-based architecture firm Olson Kundig redesigned 8899 Beverly, building off of original work by Richard Dorman, adding a glass facade and amenities such as a swimming pool and a fitness center.  Additionally, 25,000 square feet of retail and restaurant space will be located at street level.

Completion is on pace to occur this year. 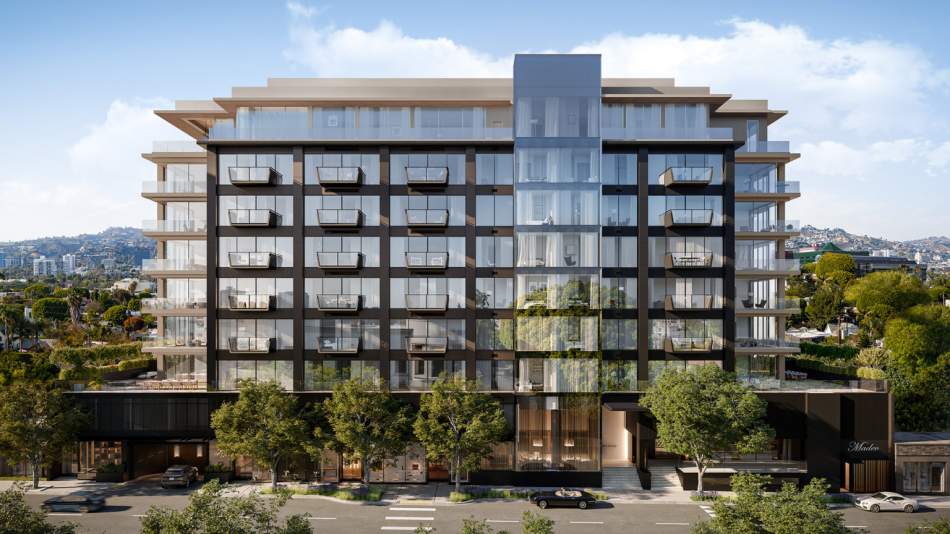 Should you wish to buy at 8899 Beverly, be prepared to reach deep into your bank account.  Wehoville reported last year that the asking price for the building's penthouse could be set at $100 million or more - a steep increase from an earlier rumor of $85 million.

Townscape Partners is also behind plans for a $300-million Frank Gehry-designed complex the Sunset Strip, which would include housing, retail, and parking in a series of mid-rise buildings.