An initial study published this month by the City of West Hollywood sheds light on plans for a new office building near the western terminus of the Sunset Strip. 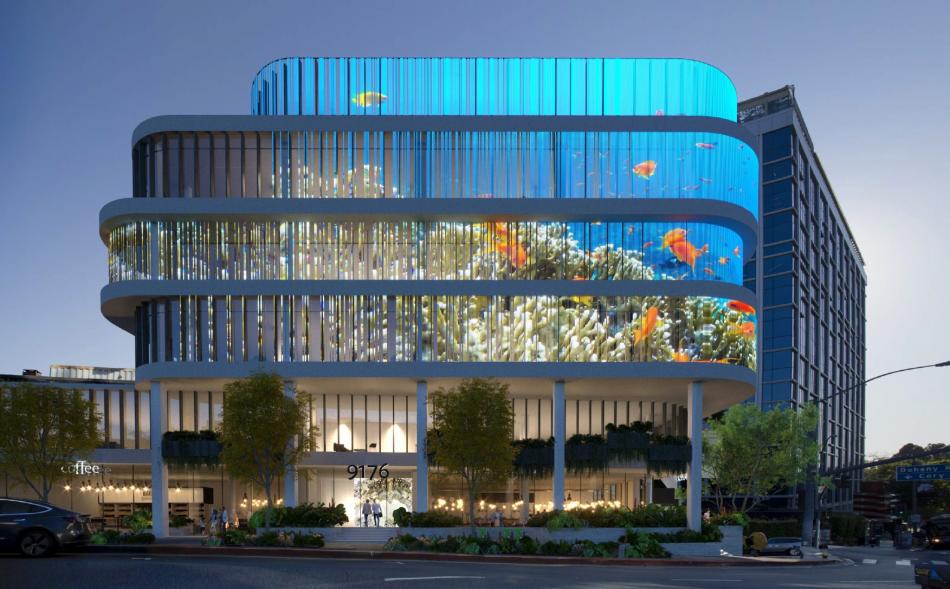 The project, first reported by Wehoville in January, would rise from a property at 9160-9176 Sunset Boulevard, replacing a building that is now occupied by luxury car dealer Hornburg Los Angeles.  West Hollywood-based developer Faring, which acquired the site in December 2019, is seeking approvals to build a new five-story, 90-foot-tall edifice featuring approximately 43,500 square feet of office space above nearly 8,400 square feet of ground-floor commercial space.  Plans also call for 105 parking stalls in a three-level subterranean garage.

Gensler is designing the proposed development, which would consist of a terraced low-rise structure which tapers in height toward the residential neighborhood to the south of the Strip.  Upper-level setbacks and offset floor plans would be used to create outdoor decks for tenants, while digital could potentially wrap the exterior of the structure - similar to the recently-finished Pendry Hotel at 8430 Sunset Boulevard.

A construction timeline included with the initial study estimates that construction of the office building would begin in December 2022 and conclude roughly 18 months later in May 2024.  That schedule is contingent on the approval of discretionary entitlements by the City of West Hollywood. 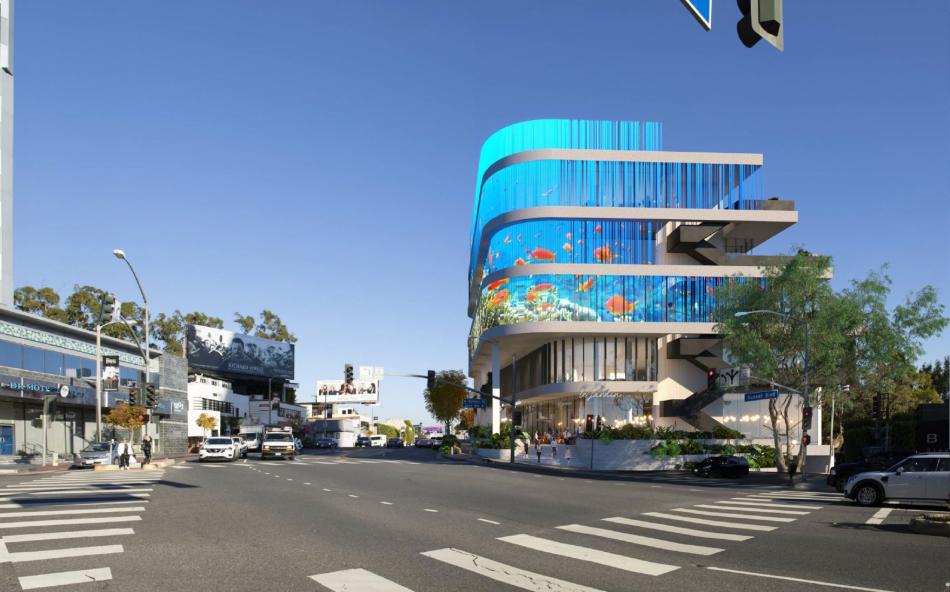 The completed office building is expected to generate 150 new jobs, although the nature of uses is undecided at this point in time.

Faring, the developer behind the 9160 Sunset project, is planning several large projects throughout its hometown of West Hollywood, including a new hotel adjacent to the historic Factory nightclub and a proposed office building adjacent to the landmark French Market.