Four years after it was approved, a plan to build a West Hollywood outpost of London's Arts Club on the Sunset Strip is moving forward - with tweaks. 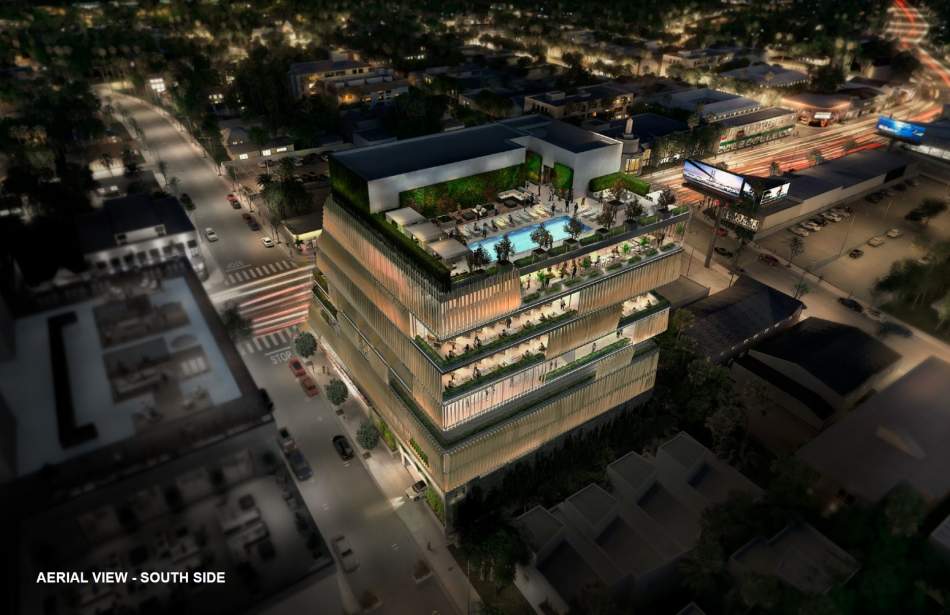 The project approved by the West Hollywood Planning Commission in 2018 had called for the construction of a nine-story, 120,000-square-foot building at 8920 Sunset Boulevard - formerly the site of a Hustler Store. At the time, plans called for a member's club accompanied by office space, ground-floor commercial uses, and a public art gallery, seated atop five levels of automated basement parking with a maximum capacity of 351 vehicles.

Now, according to a staff report scheduled for review at the April 7 meeting of the Planning Commission, the projects backers have reconsidered certain elements of the project, accounting for changing market conditions and an update to the Los Angeles County Fire Code. These include a reduction to the amount of proposed parking from 351 spaces to 279 spaces, the removal of 10 proposed club guestrooms in favor of additional office space, the elimination of a rooftop pool, and the reduction of the club's membership cap from 6,745 to 5,500.

The revised project now calls for nearly 60,000 square feet of offices, up from just under 46,000 square feet proposed in the original plan. The amount of retail, restaurant, and gallery space has also undergone minor changes. 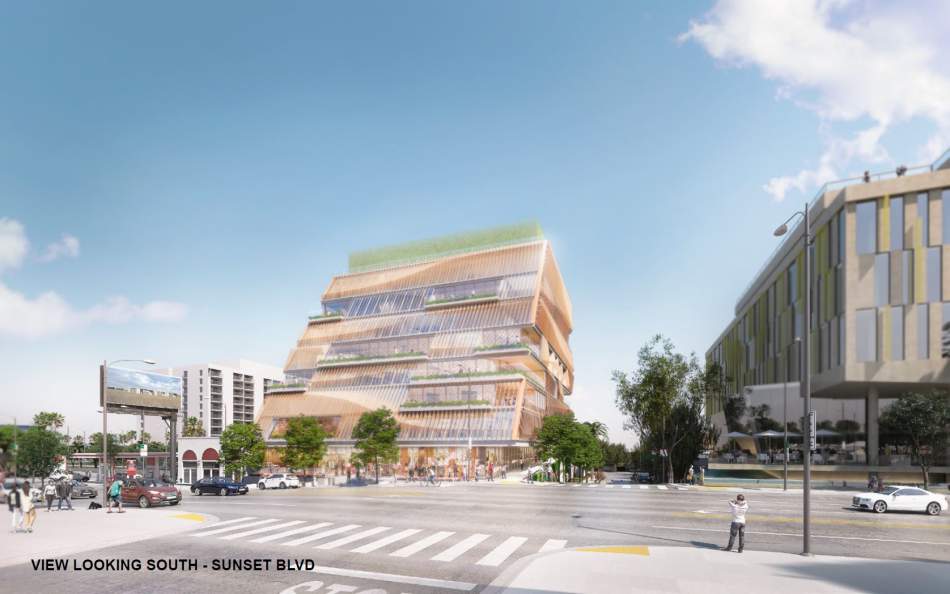 The building, designed by Gensler, would rise approximately 140 feet in height and feature a sloping facade facing Sunset Boulevard. Numerous setbacks would be used to create terrace decks and a rooftop observation spaces in the building.

The Arts Club, which was established in London in 1863, would join a number of new landmarks to rise in recent years on the Sunset Strip, including the new Pendry Hotel and the Edition Hotel, as well as their accompanying condominiums.