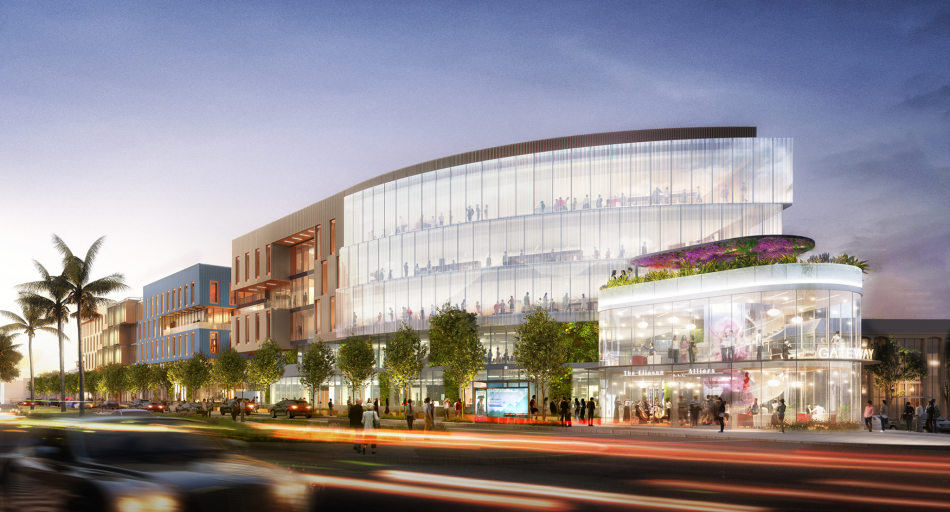 "We are excited to announce that a new phase of Melrose Triangle work is about to commence as we are ready to begin excavation at our property at 9060 Santa Monica Boulevard," reads a statement posted to a project website.  "Starting the week of May 24, excavation will get underway and is expected to take no more than six months to complete."

The project, which is named for its location on a triangle-shaped lot at the intersection of Melrose Avenue and Santa Monica Boulevard, would consist of 245,000 square feet of offices, 41 apartments,  and 66,000 square feet of retail above a four-level, 525-car garage.

The developer announced in late 2020 that all of the apartments will be set aside at below market-rate rents.  Plans call for eight units of low-income housing, eight units of moderate-income housing, and 25 units of workforce housing (a term which generally corresponds to incomes between 80 and 120 percent of the area median income). 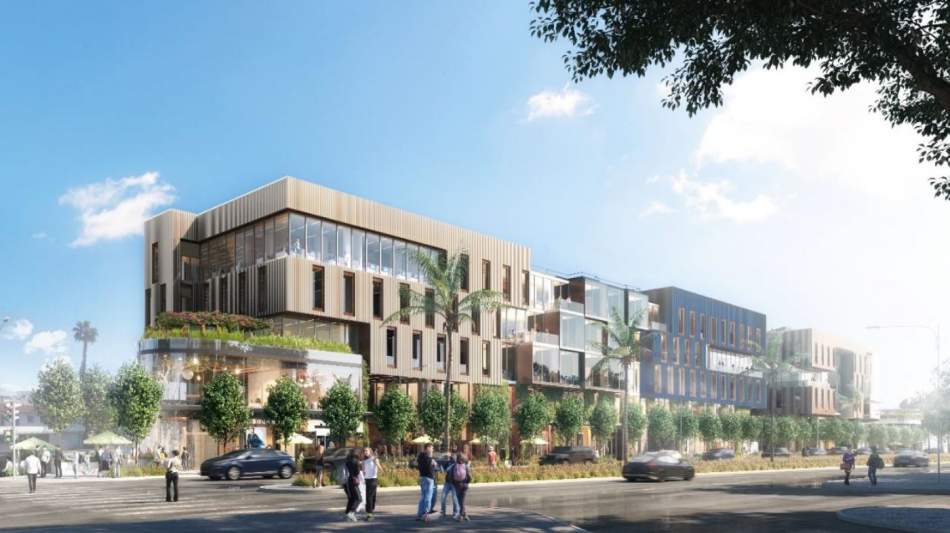 Designed by Gensler, the complex would consist of multiple low-rise structuring ranging between four and six stories in height. Approximately 24,000 square feet of publicly-accessible open space would be located throughout the roughly 2.7-acre property, including a large plaza fronting Santa Monica and Melrose, a mid-block paseo, and a monument staircase at Almont Drive to the east.

The current proposal from Charles Company diverges from plans approved by the City of West Hollywood, which included less office space, but greater amounts of housing, ground-floor retail, and parking.  The changes, according to a statement posted to the project website, were a result of a "general lack of office space in West Hollywood," as well as increased interest in low-rise environments in the wake of the COVID-19 pandemic. 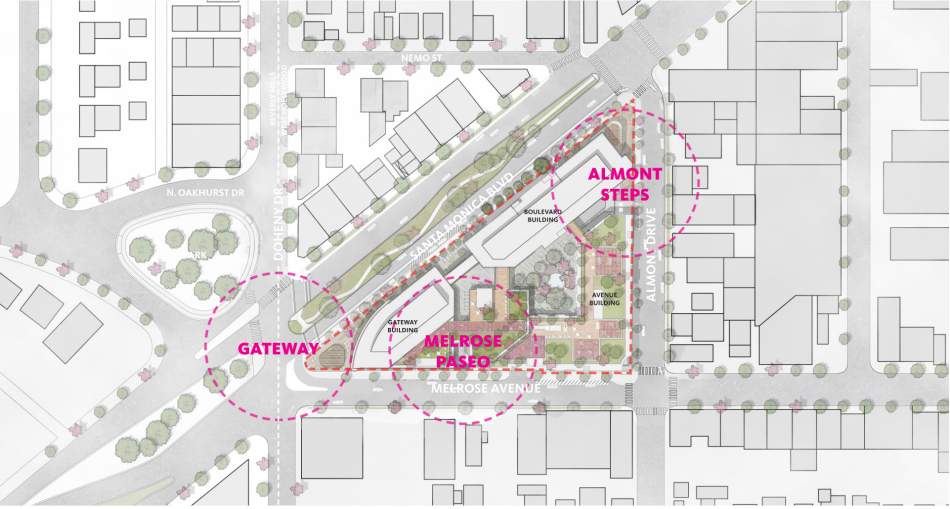 A timeline for the remainder of the project is unclear.

The development site sits at a busy intersection on the border between West Hollywood and Beverly Hills, where a number of similar projects are also in development.  Nearby developments include 9001 Santa Monica, a mixed-use housing complex from GPI Companies, and a 241-room hotel next to the historic Factory nightclub.