Earlier this summer, local developer Charles Company commenced excavation at the long-delayed Melrose Triangle development at 9060 Santa Monica Boulevard.  But before moving toward full construction at the revised mixed-use complex, the project must first run the gauntlet of West Hollywood's approval and design review process. 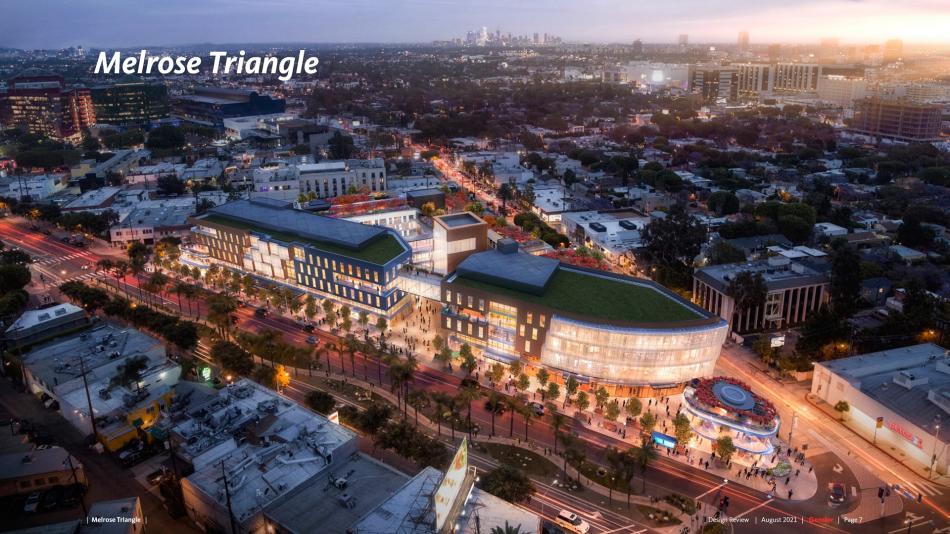 In a first step toward that goal, the project is scheduled for review at the August 26 meeting of the West Hollywood Planning Commission's Design Review Subcommittee, which will take a detailed look at architectural and landscape plans for site bounded by Santa Monica, Melrose Avenue, and Almont Drive.  Under newly amended plans, the finished product is to include:

In contrast, the earlier iteration of the project would have included 137,000 square feet of offices, 82,000 square feet of retail, 76 residential units (including 16 set aside at below market-rate rents), and parking for 884 vehicles. 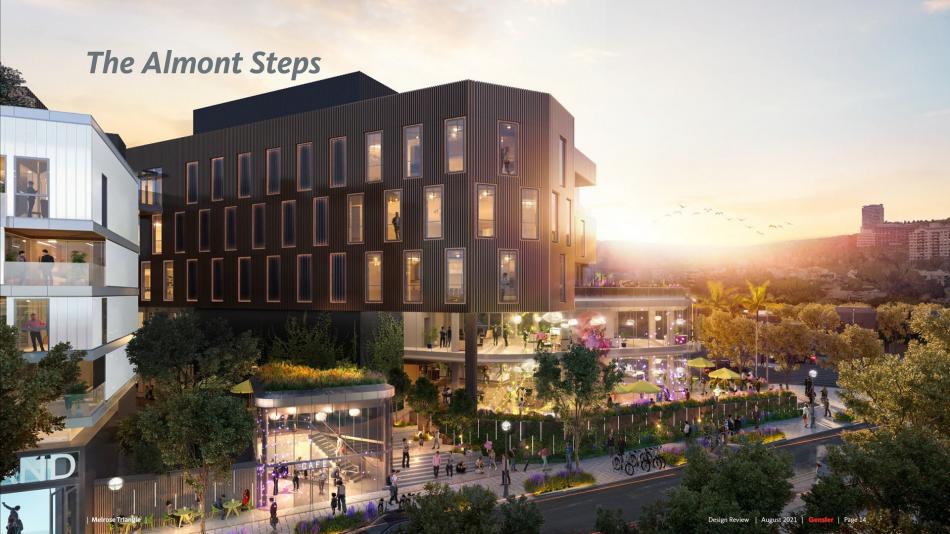 View of The Almont StepsGensler

Gensler is designing the updated project, which will include multiple buildings ranging from four to six stories in height.  Due to the large scale of the property, the Melrose Triangle is made porous through the inclusion of a mid-block paseo between Melrose and Santa Monica, as well as a monument staircase off of Almont which opens to a central courtyard.

The revised design by Gensler includes several welcome changes, according to a staff report to the subcommittee, including the removal of driveway access from Santa Monica Boulevard, a larger central courtyard, and better sidewalk activation on all three street frontages.  However, the memo also points to areas in which the project could be refined, such as the mass and scale of the proposed buildings, the amount of on-site landscaping, and the inclusion of parklets along Melrose Avenue.

Following the subcommittee review, a timeline for the project's approval is unclear.

Charles Company is developing a site which anchors the border between West Hollywood and Beverly Hills, and is joined by other nearby developments such as Nine Thousand One, a under-construction housing complex from GPI Companies, and a 241-room hotel planned next to the historic Factory nightclub.