After years of revisions that have increased the footprint and the density of the project, West Hollywood is kicking off an update to the environmental impact report for the long-proposed mixed-use development at 8555 Santa Monica Boulevard. 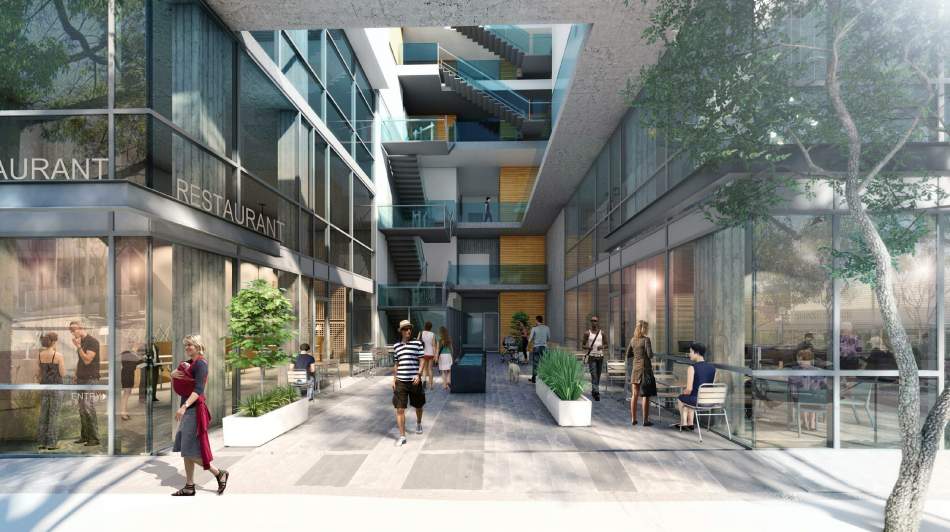 The project, which is proposed by local real estate firm Soto Capital, LLC, was originally envisioned in 2013 as a 95-unit development with ground-floor commercial space. Those plans were subsequently revised after the developer acquired an adjoining site along West Knoll Drive, allowing the project to increase in size to 97 units. By 2019, Soto had once again added to the site, allowing for the addition of 14 more units. The revised environmental study is intended to account for the changes to the plans that have been announced since 2019.

As currently proposed, the project would now consist of a five-story structure featuring 111 one- and two-bedroom apartments - including 17 units of deed-restricted affordable housing. Other proposed uses include 12 live/work units, approximately 19,000 square feet of ground-floor commercial space, and 6,711 square feet of offices. Parking for 346 vehicles - 10 spaces short of the code-required amount - would be located in a three-level semi-subterranean garage.

DFH Architects has previously been attached as the designer of 8555 Santa Monica, which is depicted in renderings as a contemporary low-rise structure that would employ external staircases and an entry court along Santa Monica Boulevard to create facade articulation. Plans call for a rooftop pool and an amenity deck for use by residents.

Construction of 8555 Santa Monica is expected to occur over approximately 23 months. A precise timeline is not included in the environmental report.