Prolific West Hollywood developer Faring is changing up its plans for Robertson Lane, its proposed mixed-use hotel complex next door to the historic Factory nightclub. 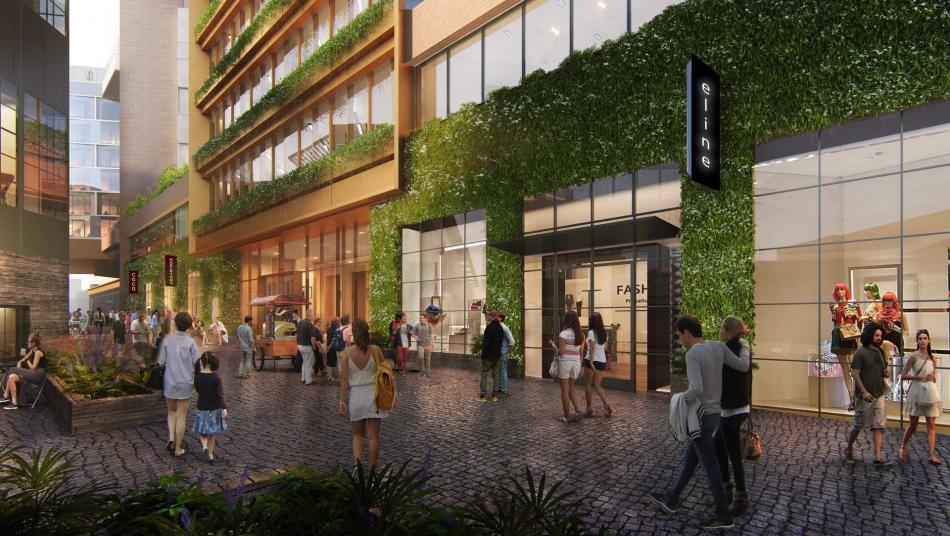 The project, which would rise from a wedge-shaped site at the intersection of Santa Monica and Robertson Boulevards, was approved by the West Hollywood City Council in 2018 as a 241-room hotel with event space, ground-floor commercial space, and parking for 750 cars.  Three years later, after the global pandemic has upended the hospitality industry, Faring is introducing new elements to the project.

According to a presentation scheduled for review at the September 23 meeting of the West Hollywood Design Review Subcommittee, Robertson Lane is slated to cut its hotel component to 109 guest rooms, while roughly halving the amount of proposed restaurant space to 12,090 square feet.  At the same time, plans call for retaining 25,000 square feet of retail space for the approved plan, as well as the proposed event and nightclub space, while more than doubling the size of the hotel gym to 12,500 square feet.  Additionally, plans for 750 parking stalls remain unchanged from the original proposal. 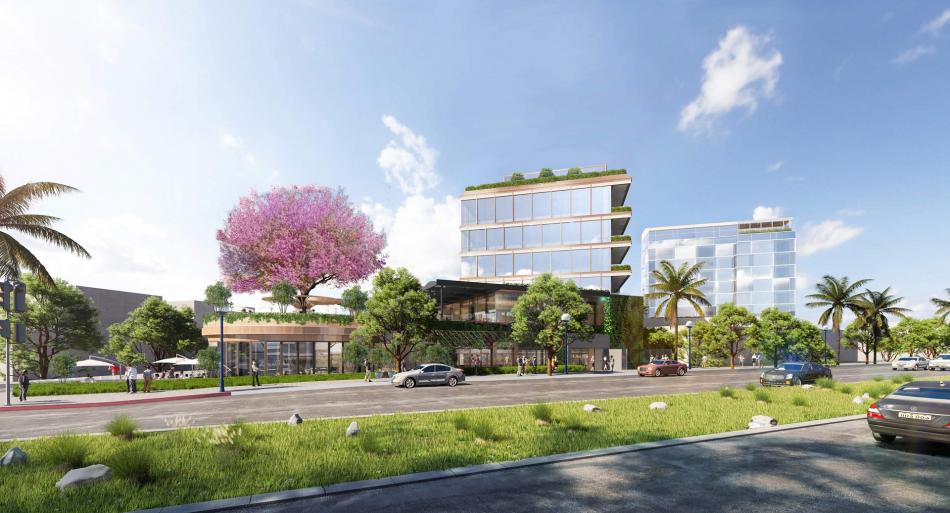 The biggest changes slated for Robertson Lane are the addition of 35,744 square feet of office space, as well as doubling the amount of showroom space to just shy of 42,000 square feet.

HKS, which took over design for the project in 2018, has been retained as the architect of the revised proposal.  While the updated project is conceptually and aesthetically similar to the earlier plan, the maximum height of the project has been increased to 126 feet above grade, despite an overall reduction in floor area by more than 18,500 square feet. 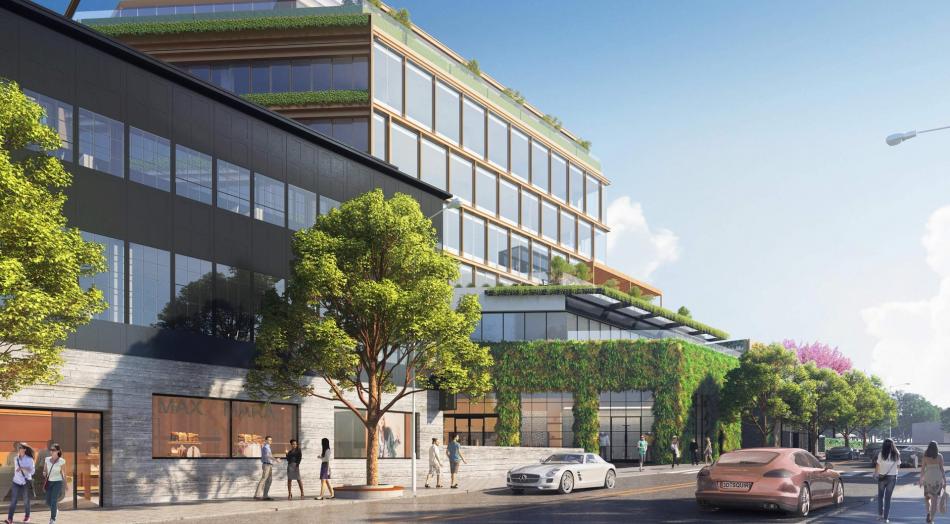 Perhaps the most noticeable change in design comes at the corner of Santa Monica and Robertson, where Faring plans a nightclub and restaurant space.  While those components will still be incorporated into the project, gone is the ”Birdcage," which was described architect Gwynne Pugh as "a folly that is in tradition of the iconoclast architecture of Los Angeles with the likes of the Brown Derby and Tail o' the Pup hot dog stand."  Instead, those uses would be housed in a more modest low-rise structure centered on a flowering tree - appropriately named "Treehouse."

A staff report to the Design Review Subcommittee is largely complimentary of the changes, noting an improved interface with the sidewalk.  However, the report also states a need for refinements to the proposed Treehouse. 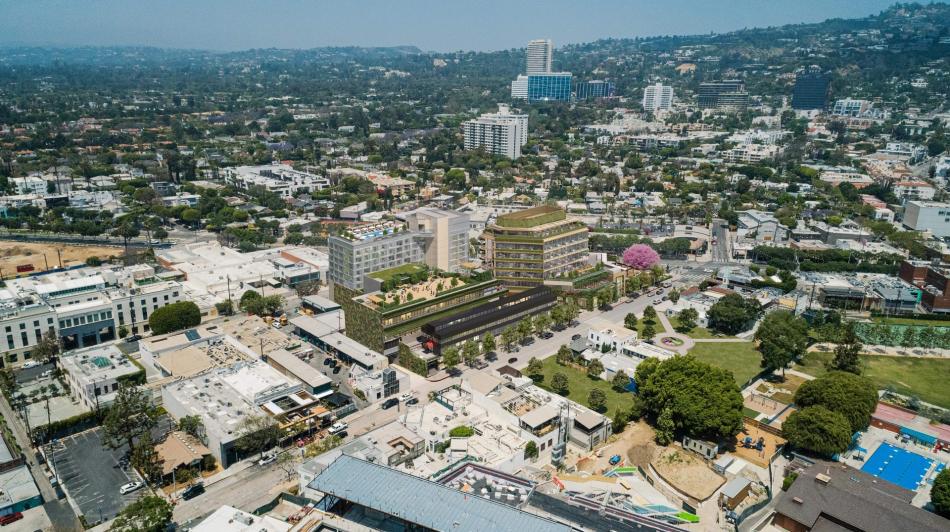 Faring, which is also planning another hotel less than two miles east on Santa Monica Boulevard, joins a handful of developers with large projects on West Hollywood's border with Beverly Hills, including GPI Companies and Charles Company.