The strip mall that plays host to the Westchester location of Dinah's is poised for redevelopment - but fear not, fried chicken aficionados, the local landmark is safe. 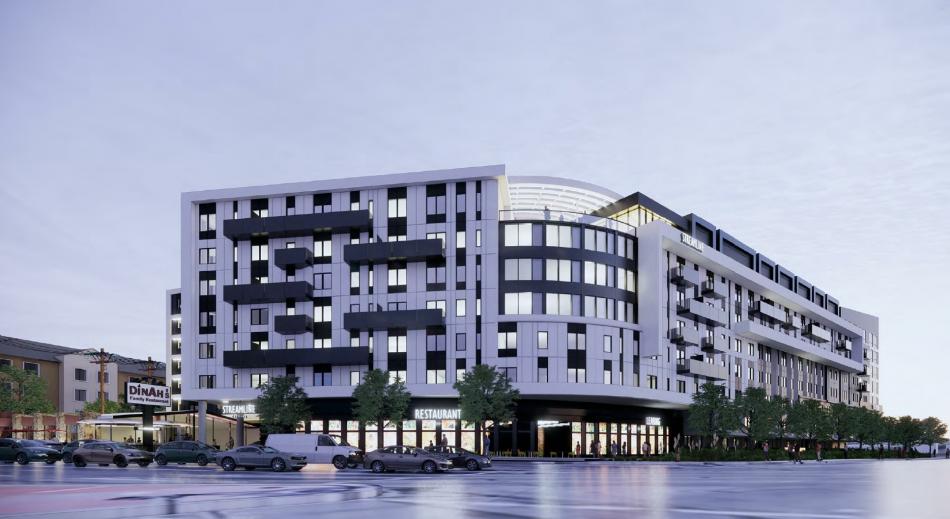 The owners of the shopping center at 6501 S. Sepulveda Boulevard - a combination of individual investors and family trust - have partnered with San Diego-based developer Fairfield Residential on a project which would replace surface parking and small commercial buildings with apartments.  Plans call for the construction of an eight-story edifice featuring 362 apartments above approximately 3,700 square feet of ground-floor retail space and a 520-car garage.

Fairfield has proposed a mix of studio, one-, and two-bedroom dwellings within the project, including 41 units of very low-income affordable housing that would be provided in exchange for density bonus incentives permitting a larger structure than otherwise allowed by zoning.

Carrier Johnson + Culture is designing the development, named Sepulveda & Centinela for its two main cross streets, which is depicted as contemporary podium-type building which presents different architectural identities on its northern, eastern, and western exteriors.  Architectural plans show amenities including a gym, a fitness center, a central courtyard with a pool, and a rooftop deck. 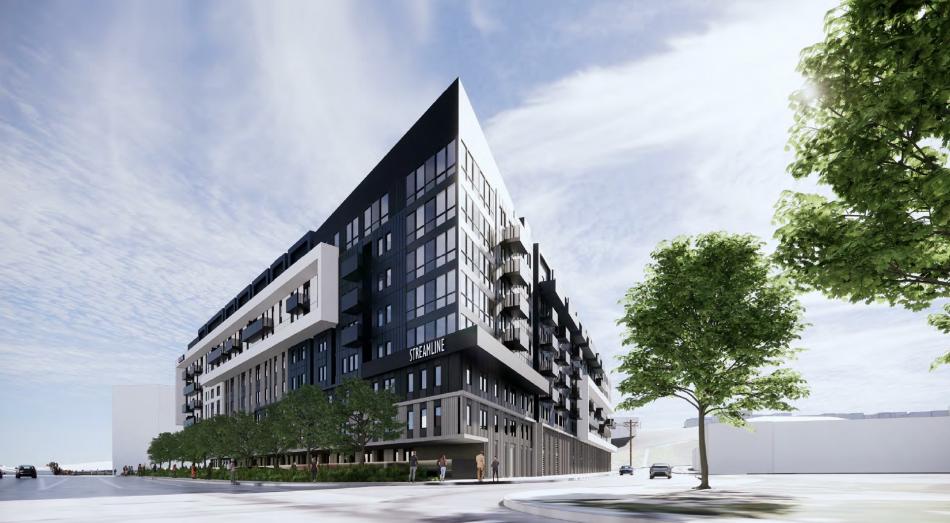 The existing Dinah's Family Restaurant, a roughly 7,000-square-foot space that has been in operation continuously since opening, will be retained and restored to its original appearance, removing previous alterations.  However, construction will require the addition of new columns to support a cantilevered section of the new building.

Fairfield's project follows on the heels of two similar multifamily developments to the north - a recently-completed project from Hanover Company and an under construction apartment complex from Sandstone Properties.

Fairfield, which is owned by the California State Teachers’ Retirement System, has developed several large apartment buildings in the Los Angeles area, including the Arts District's Aliso complex.  The company is also planning new housing in Glassell Park, and is in the midst of construction on a building in Warner Center. 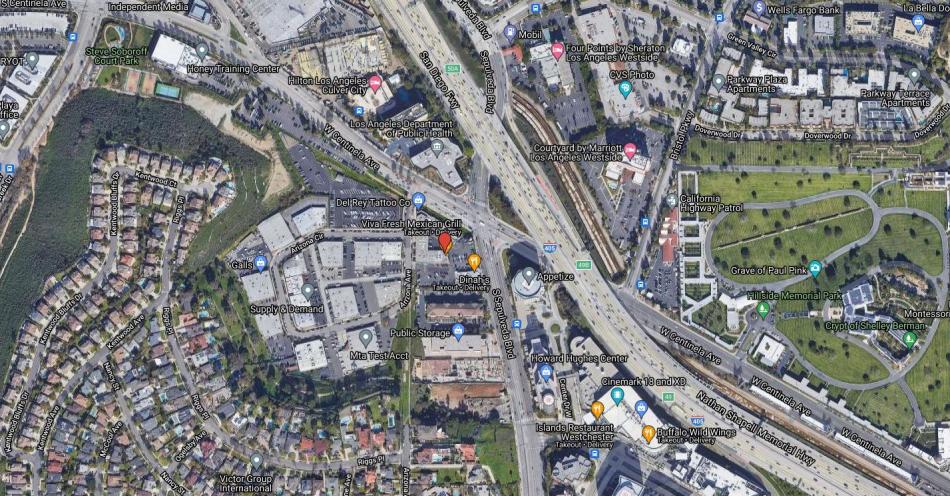