Across the street from Westchester's Playa District, wood framing is starting to rise at the site of a new multifamily residential development from Sandstone Properties. 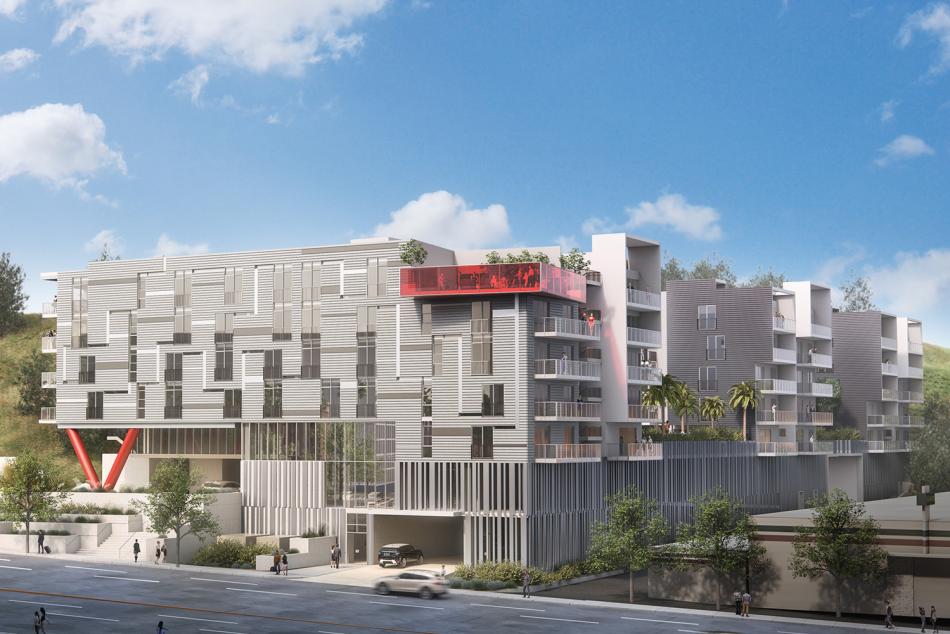 Located at the former site if an office building at 6733 Sepulveda Boulevard, the Plans call for a five-story edifice featuring a mix of 176 studio, one-, and two-bedroom apartments above podium parking for 245 vehicles.  Planned amenities include a game room, a swimming pool, and a rooftop deck.

Johnson Fain is designing the apartment complex, which would face Sepulveda Boulevard with an exterior of metal panels.  LED strips inlaid into the facade would be illuminated at night, according to conceptual renderings.

Plans for the 6733 Sepulveda first emerged in 2015, when Sandstone presented the project to the local neighborhood council.  Following community feedback, a proposed decorative arch feature at the roof level was eliminated from the design, and the developer agreed to pay for streetscape improvements and sidewalk repair along Sepulveda Boulevard.

The apartment complex is the latest in a recent series of multifamily residential developments near the Playa District, an office and retail complex formerly known as the Howard Hughes Center.  Developers such as Hanover Company, Equity Residential, and Mill Creek Residential have recently completed podium apartment buildings nearby. 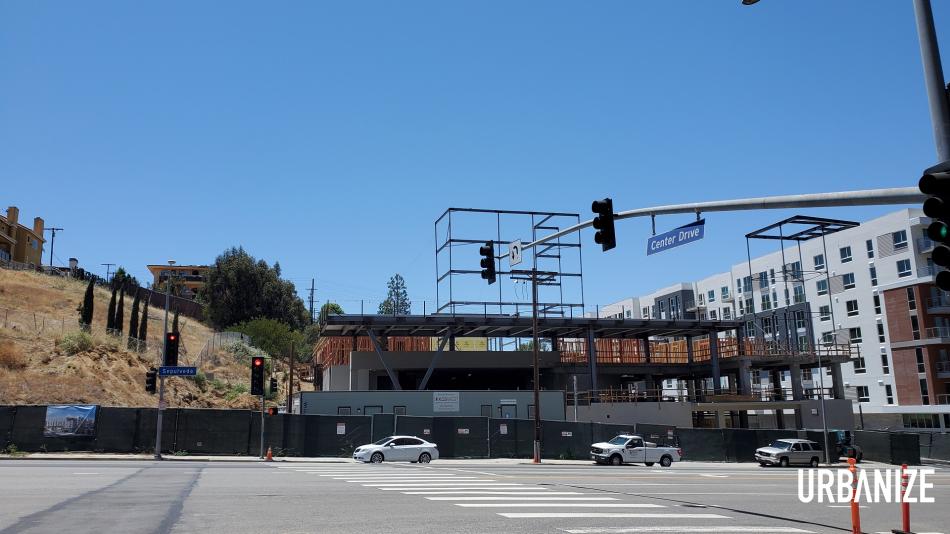 Potentially the largest new development in the works for the community was announced just a few weeks ago, when Fairfield Residential submitted plans to the City of Los Angeles to incorporate local landmark Dinah's Family Restaurant into a new complex with more than 360 apartments and ground-floor commercial space.

Sandstone, the developer behind 6733 Sepulveda, is also behind plans for a 175-room boutique hotel less than one mile northeast in Culver City.