Less than one mile west of the future terminus of Metro's D Line subway, the first new high-rise apartment building west of the 405 Freeway in more than 40 years has reached its peak. 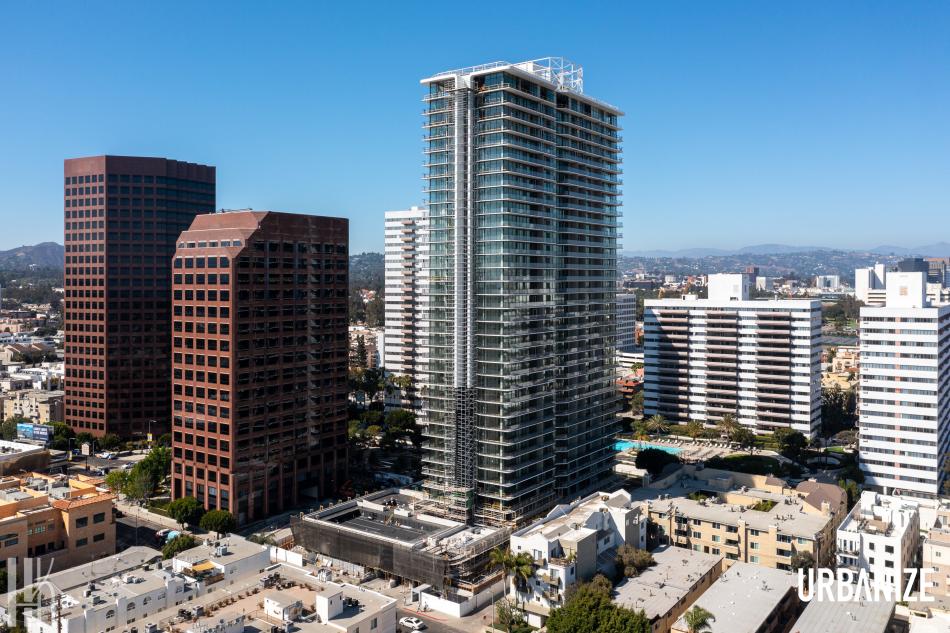 Santa Monica-based real estate investment firm Douglas Emmett, Inc. is the developer behind the Landmark Tower, which replaced a vacant supermarket at 11750 Wilshire Boulevard.  The 34-story tower will include 376 apartments - with 19 to be set aside as affordable housing - above 1,000 subterranean parking stalls that are shared with an adjoining office building.

A leasing website for the tower advertises a mix of studio, one-, and two-bedroom floor plans, ranging from 520 to 1,719 square feet in size.  Rents for the building start at $3,750 per a studio and reach $22,500 for the most expensive two-bedroom units.

Designed by Gensler, the Landmark rises 349 feet in height, making it the tallest structure west of the 405.  The glass-clad tower is wrapped in cantilevered balconies, and will be inlaid with LEDs that illuminate the facade at night. 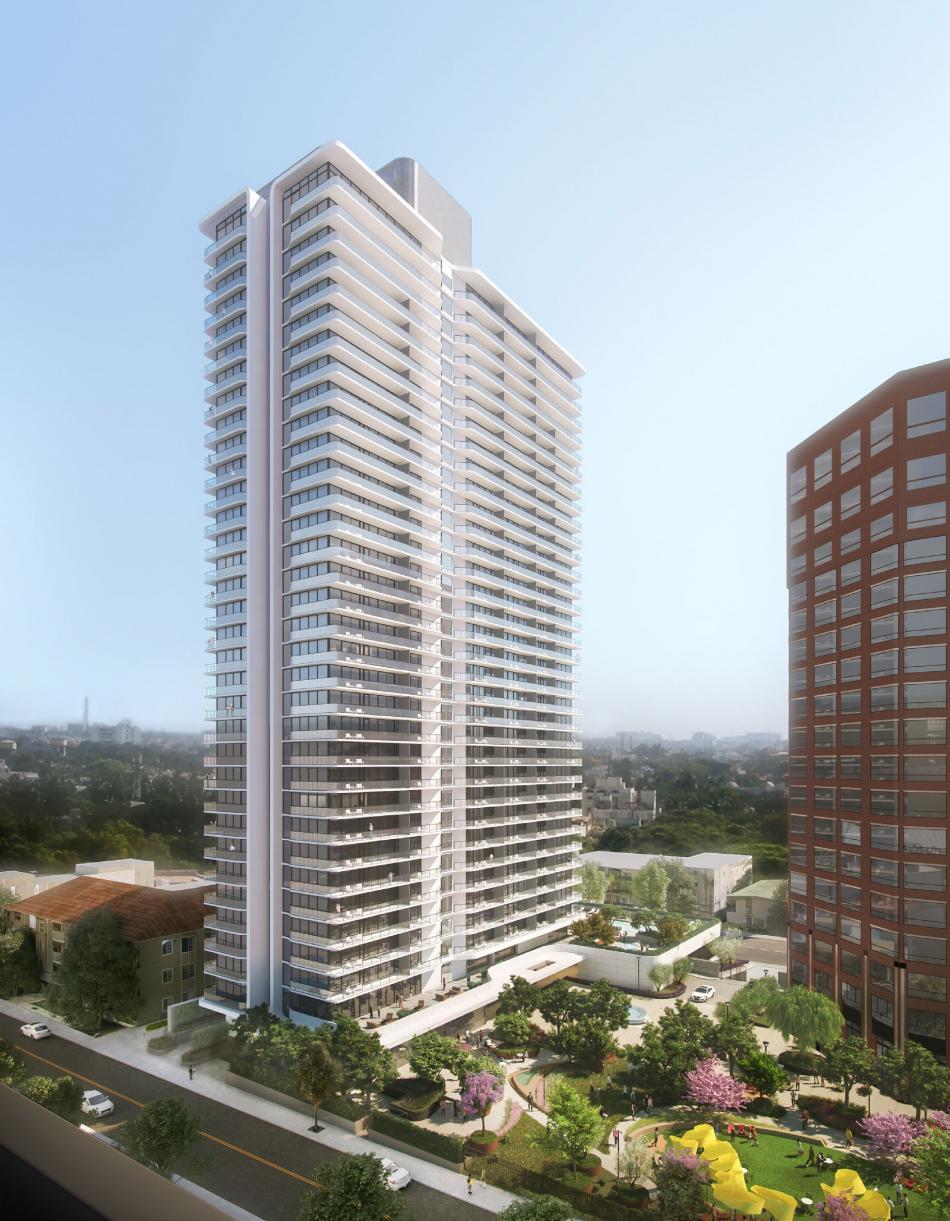 At street-level, the Douglas Emmett discarded plans for a small retail building during the entitlement process, instead opting to repurpose a former parking lot as a one-acre green space adjacent to Wilshire Boulevard.  SWA is designing the park-like area, which will include tables, benches, chairs, and walking paths.

According to a landing page on the Douglas Emmett website, the Landmark is expected to be available for move-ins in late 2021.

Douglas Emmett, which is based out of Santa Monica, owns a number of high-rise office and residential properties throughout the Westside and the San Fernando Valley, including a series of buildings which surround The Landmark. 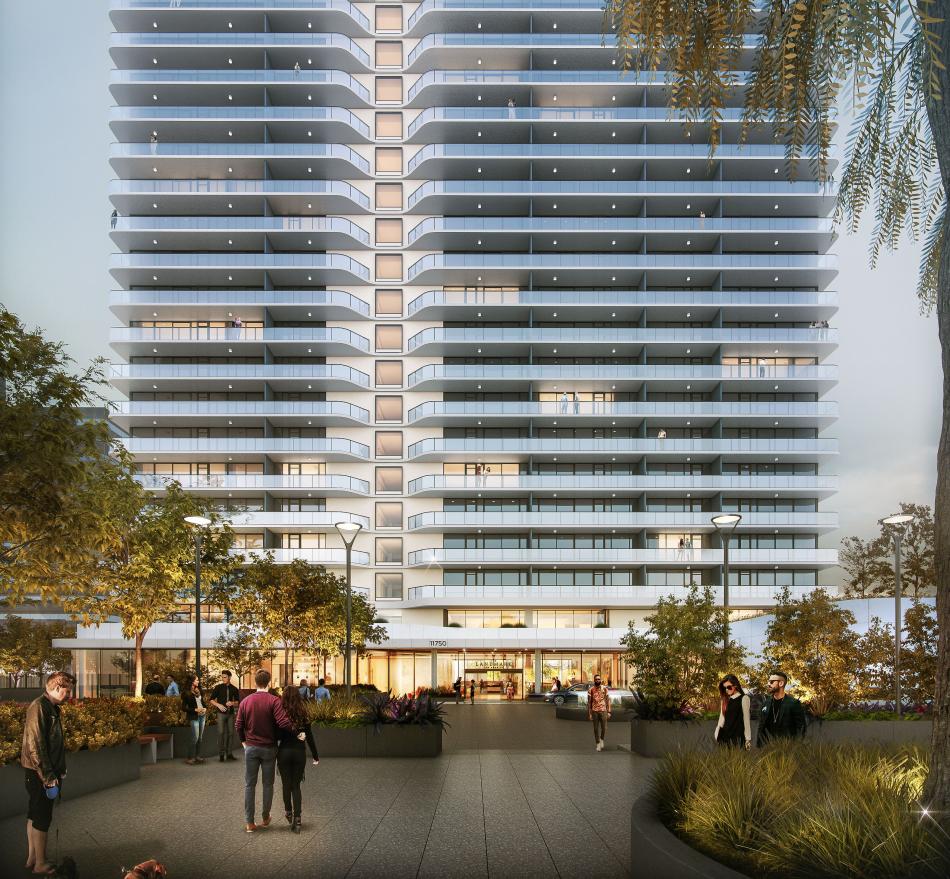 Street-level view of the LandmarkDouglas Emmett