The defunct school attached to Trinity Lutheran Church in Whittier is poised to make way for a new development of single-family homes, per an environmental study published earlier this month by the City of Whittier.

Under an arrangement reported in May by the Whittier Daily News, the church is selling roughly 2.5 acres of its campus at 11716 Floral Drive to Irvine-based developer Brandywine Homes, which plans to develop a new community called "Citrange" on the property.  The project, which would replace the school, the church's parish hall, and an administrative building, calls for the construction of 25 detached condominiums.

Architectural plans depict a mix of Cottage-, Farmhouse- and Spanish-style buildings arranged around a network of private streets.  Plans call for a mix of three- and four-bedroom floor plans, ranging from 1,969 to 2,103 square feet in size.

Each home would include a private two-car garage, which combined with 14 guest spots, would result in 64 total vehicle stalls being built with the project. 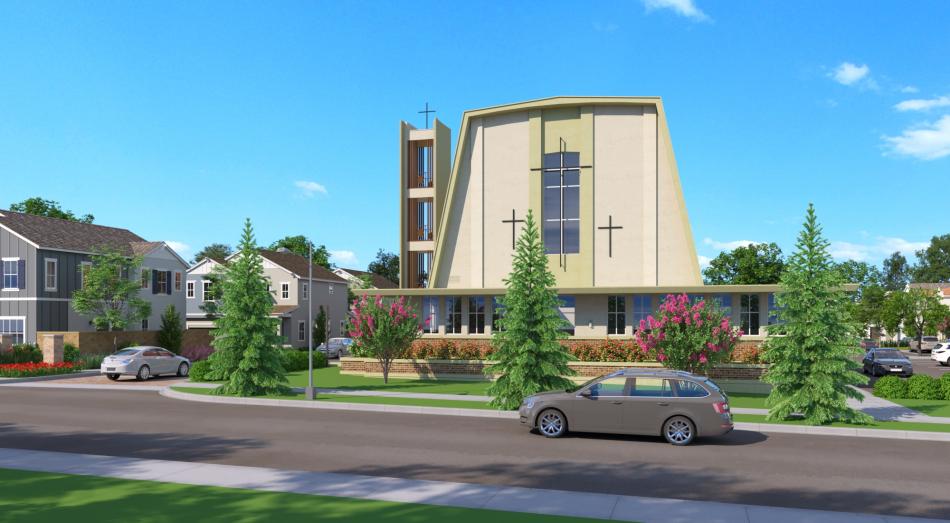 In addition to the ground-up construction, the Citrange project would also include the refurbishment of the existing church's belltower and sanctuary, while also adding a new parish hall to the front of the building.

Construction of Citrange is expected to begin in January 2022 and conclude by June 2024, according to the environmental report.

A project landing page from the Trinity Lutheran Church website states that Whittier is a "prime location for households looking to buy a new moderately priced home," and espouses benefits of infill development and potential financial benefits to the city and surrounding community.  The project, which has been in the works since 2016, is proposed with only 66 percent of the maximum allowable density for the site.