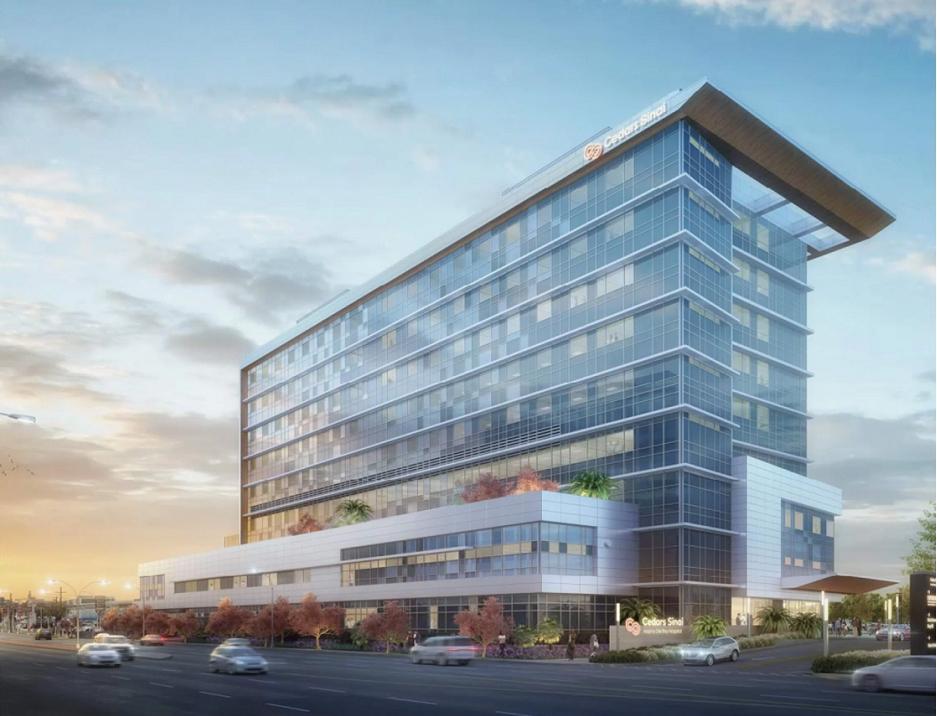 "After years of community outreach efforts—gaining support from key community leaders, organizations and the city of Los Angeles—we're excited to begin building a new hospital that will allow those who live and work in the Marina del Rey area to receive the highest-quality healthcare without having to leave their neighborhoods," said the hospital's vice president and chief operating officer Joanne Laguna-Kennedy in a September news release.

The project, approved in 2020 by the Los Angeles City Planning Commission, calls for redeveloping and rearranging the hospital campus, which sits on 6.3 acres of land at 4640-4660 Lincoln Boulevard. Plans call for the construction of a new nine-story hospital facing Lincoln, replacing a medical office building and an adjoining surface parking lot.

HDR, Inc. is designing the new building, which will have a modern appearance and rise more than 190 feet in height. A presentation given last year to the City Planning Commission indicated that the new building would initially house 96 patient beds, with capacity to one day expand to up to 160 beds. Plans also call for new operating rooms, cardiac catheterization and gastroenterology labs, interventional procedure suites, and an expanded emergency department.

The ongoing construction, carried out by contractor Rudolph and Sletten Inc., has required the opening of a new lobby and main entrance on the north side of the hospital. Following the completion of the new building, which is currently on pace to occur by 2026, the original 1970s hospital will be demolished.

Cedars-Sinai's revamp of the Marina del Rey Hospital is driven by a state law mandating the retrofit or replacement of all acute care facilities prior to the year 2030. That requirement has also driven Cedars to pursue an expansion of its main hospital campus in Beverly Grove.