Just west of Downtown Los Angeles and Vista Hermosa Park, the wrapping is starting to come off at the first of two new apartment buildings from Aragon Properties Corporation. 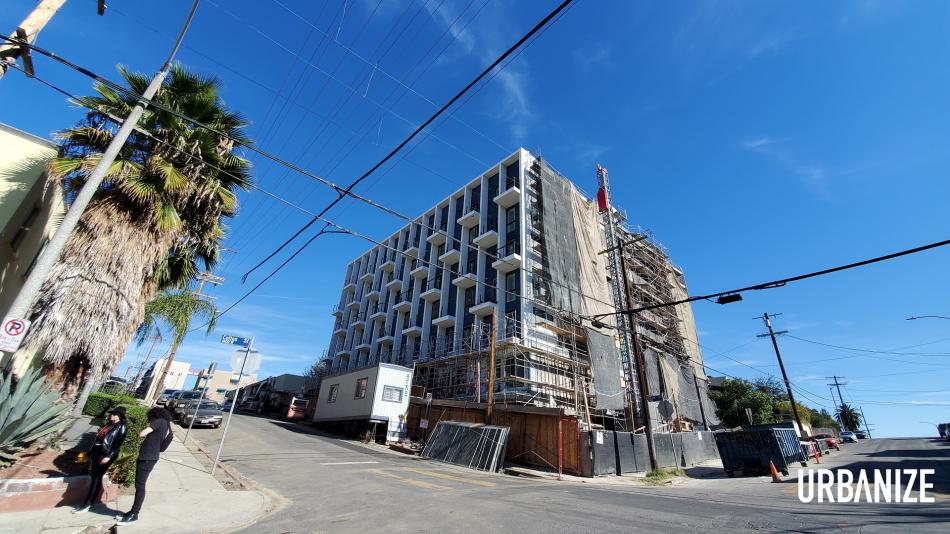 Located on neighboring sites at 1314-1320 W. Court Street and 1315-132 W. Colton Street, the new construction consists of twin six-story buildings that will each feature 120 apartments and parking for 149 vehicles at completion. Plans call for a mix of one- and two-bedroom dwellings, including 10 very low-income affordable units.

Irvine-based Coe Architecture is designing both buildings, which are described in a project narrative as featuring a "strong lattice of white frames" that references the Los Angeles street grid. Architectural plans show that the two apartment complexes will include amenities such as a community room and rooftop decks.

Several sites neighboring have recently been redeveloped with apartments by companies including 4Site Real Estate and South Park Group. 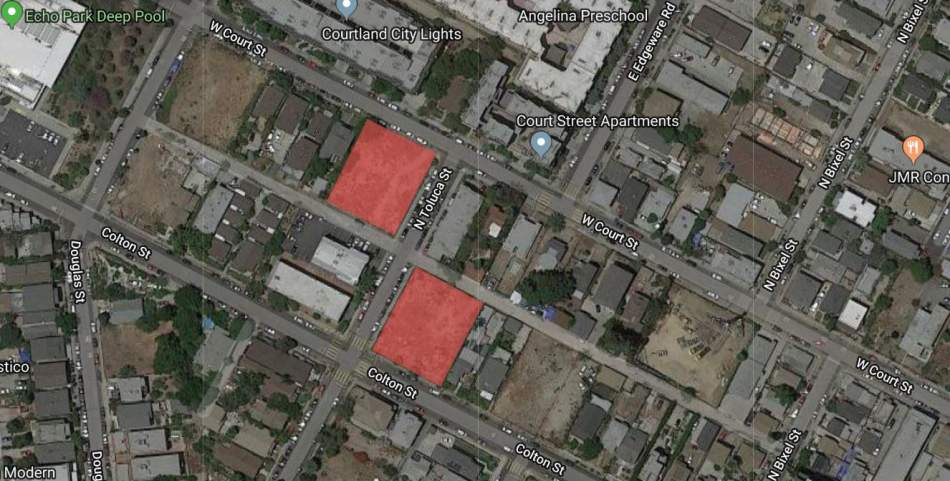 Besides its developments on Court and Colton, Aragon Properties is also behind a proposed 204-unit development on Sunset Boulevard.