SHW, an architecture firm founded in Seattle, has expanded to Los Angeles. For over a decade, SHW has been a leader in the design of Co-living, Micro/Efficiency units, and Townhouse developments for the Seattle market. Our portfolio includes over 2,000 infill residential units in more than 70 buildings. These housing types have been underdeveloped markets in Los Angeles that can densify the city, reduce the overall housing shortage, provide benefits to both resident and developers, and contribute to smart, sustainable urban growth. 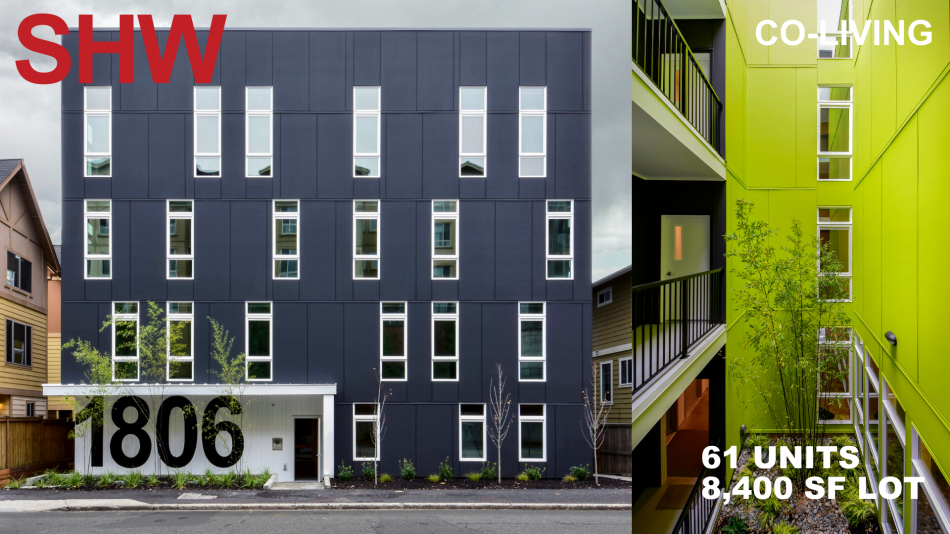 Los Angeles has a Regional Housing Needs Allocation of 450,000 dwelling units in the next 10 years, but only 10,000 units are being permitted per year.  Historically, density limits and parking requirements have impeded the potential for development, even within TOC overlay areas.  While the City can provide the prescriptive framework for more housing, designers and developers can take the lead in bringing alternative housing typologies to the market.  The existing Density Bonus program, TOC overlays and parking reduction provide some flexibility for density, but alternative housing types can further maximize the development potential.

Strategies for dense infill housing include the following typologies: Co-living units provide private sleeping rooms with private bathrooms (between 150-275sf).  5-8 private rooms share living and kitchen areas, along with communal amenity areas.  Micro/Efficiency units provide all the functionality of a residential unit within a compressed footprint, ranging from 250-400sf.  Townhouses, ranging from 900-1,800sf are vertically organized dwelling units within a 400-600sf footprint. 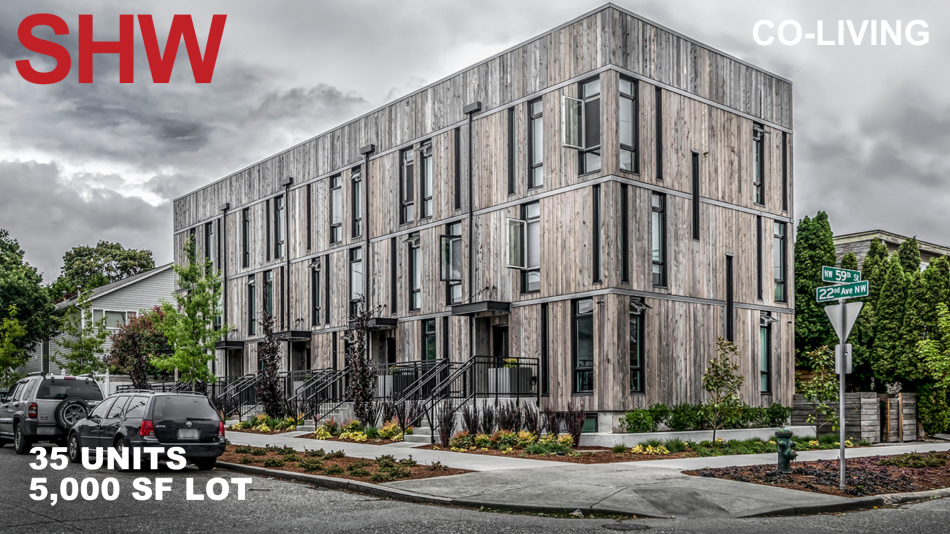 These alternative housing typologies – Co-living, Micro/Efficiencies, and Townhouses - benefit the housing market by creating a diversity of unit types critical to fill affordability gaps, allowing more residents to remain in the city.  High-density units create market-based affordability, not subsidized affordability, based on the size of the unit.  Co-living and Micro/Efficiency units offer more affordable rent to single households while freeing up conventional multi-family units for larger households.   Newly built housing alternatives provide inclusive/accessible options for residents that may be missing from the existing housing stock.   In combination with conventional apartments, these high-density solutions provide housing options for Angelenos of all walks of life.

The urban fabric benefits from high-density housing.  The increase in units and lower parking requirements allows more options for true urban infill development in LA. High-density housing performs well at pedestrian scale and can be realized on a single parcel, instead of an aggregation of parcels.  The resulting streetscape is finer grain, more tailored to the neighborhood character, and a better overall pedestrian environment.  This cohesive urban experience is inherent to the design, not reliant on code/form-based prescriptions or City Planning feedback. 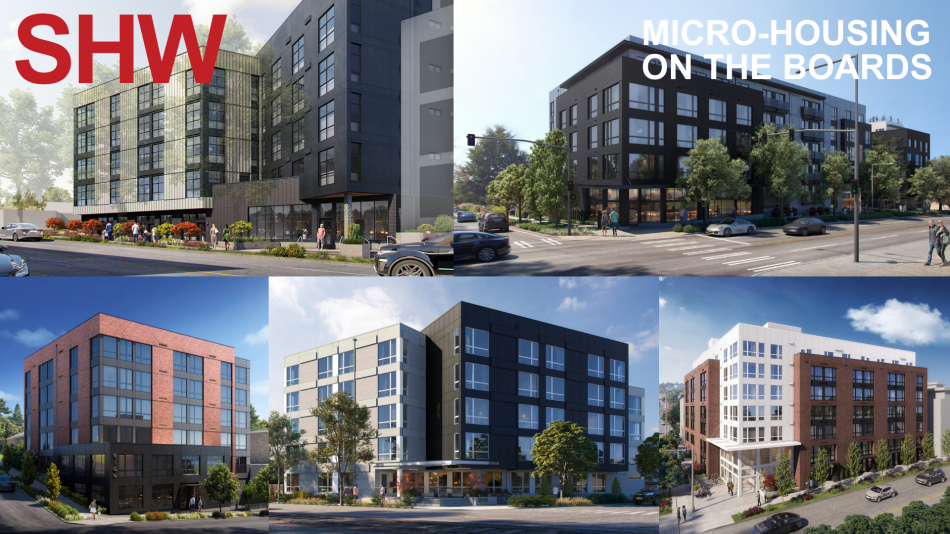 SHW has completed thousands of units in the Seattle market SHW

As the city continues its expansion of the Metro system, in addition to the availability of car shares and bike rentals, car-free living in Los Angeles will become a more viable choice for residents.  The increased residential density drives up localized commercial demand, allowing residents to be an integral part of the community in which they live, and further emphasizing development that increases sustainability, accessibility, and equitability.

The time is now to start implementing these strategies.  The overwhelming housing shortage demands an urgent and creative response.  SHW has the high-density housing design experience needed to make an impact on housing in Los Angeles.  SHW’s portfolio also includes apartments, mixed-use, hospitality, and adaptive reuse projects with over a million square feet of built work.  In addition to licenses and offices in Washington and California, SHW is also licensed in Oregon, Idaho and Alaska.  We look forward to working in the Los Angeles market.