In Woodland Hills, a large empty lot located directly north of the US-101 Freeway is up for redevelopment with affordable and permanent supportive housing, per an application submitted this week to the Los Angeles Department of City Planning. 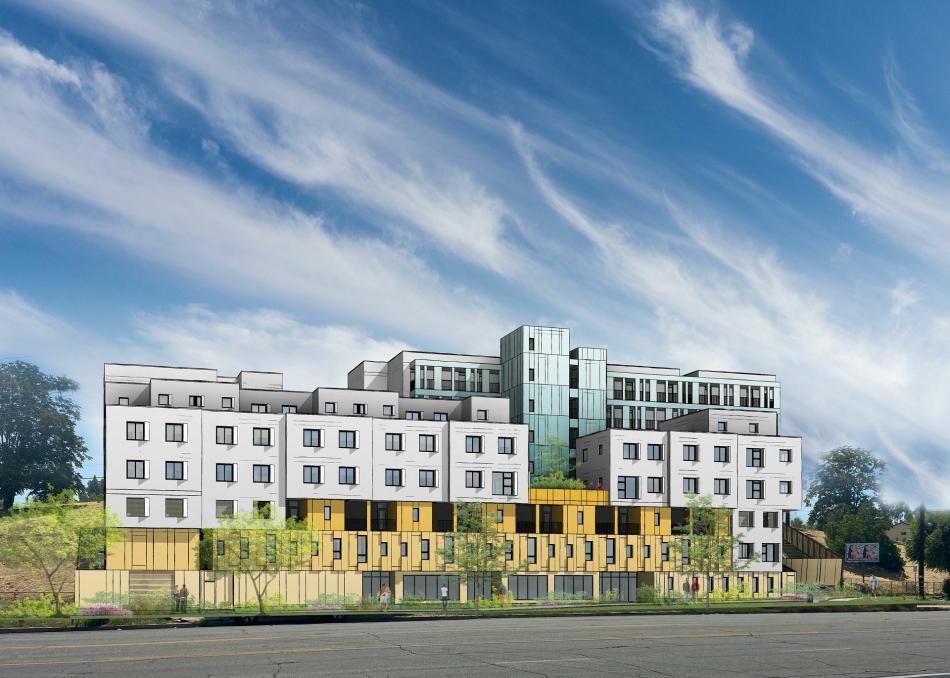 Daylight Community Development, a firm which has emerged as a prolific builder of Measure HHH-funded projects, is seeking entitlements for the construction of a new apartment complex at 23036-23060 W. Ventura Boulevard, a .84-acre property owned by Royal Oak Assisted Living. The proposed eight-story development would include 100 studio, one-, two-, and three-bedroom dwellings - including 25 units of permanent supportive housing, 74 units of low-income housing (up to 80 percent of the area median income level), and a single manager's unit. The new permanent supportive housing would be priced for households at the very low- and low-income levels.

FSY Architects is designing the Woodland Hills apartments, which would adapt to its sloping hillside site by splitting into two masses - a six-story structure fronting Ventura Boulevard and a taller eight-story structure at the rear of the site. Parking would be integrated into the podium of the building, with 100 spaces on two levels. However, the garage would not be visible from the street, with that frontage being wrapped with residential units, a building lobby, and a community room. Open space amenities are planned at the fourth floor, including an open-air corridor splitting the buildings, a rear yard, and a series of courtyards.

Requested entitlements for the project include density bonus incentives and a conditional use permit to allow a larger structure than otherwise permitted by zoning rules, as well as an exemption from review under the California Environmental Quality Act due to the inclusion of permanent supportive housing. 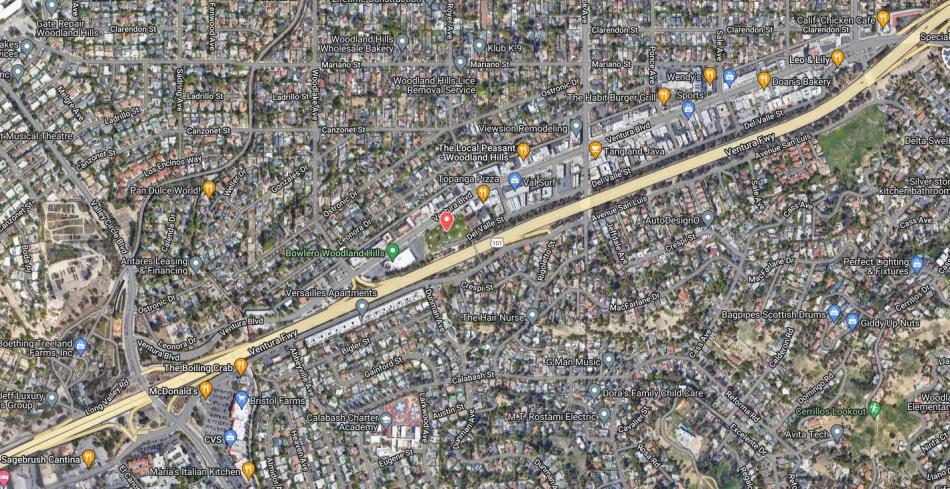 The project is one of more than a half-dozen affordable and supportive housing developments from Daylight which are now planned or in construction in the City of Los Angeles, including Oatsie's Place in Van Nuys and the Mahalia and NoHo 5050 apartments in North Hollywood.