In Palms, construction really topped out at a new mixed-use apartment building from Wiseman Residential at 3659 S. Motor Avenue. Now, the prolific Sawtelle-based homebuilder is turning its sights to an empty lot one block north.

The Los Angeles Department of Building and Safety recently issued construction permits for the vacant site located at 3557 S. Motor Avenue, where Wiseman is planning to build a new seven-story building featuring 104 apartments above ground-floor parking and commercial space.

As with its neighbor to the south, the project at 3557 Motor would use Transit Oriented Communities incentives to permit a larger, denser development than zoning rules would otherwise allow. A portion of the new housing would be set aside as deed-restricted affordable housing in exchange for the incentives. 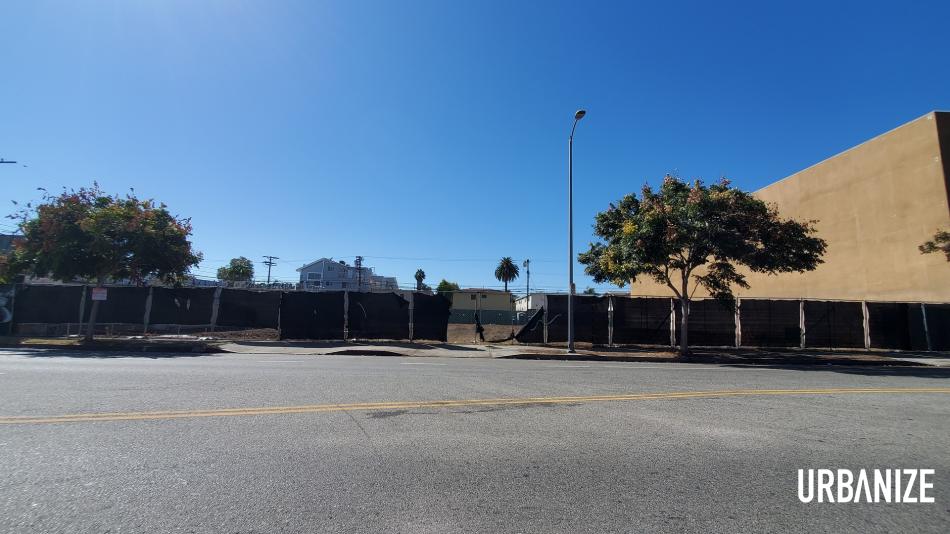 Uriu & Associates, a frequent Wiseman collaborator, is designing the apartment complex according to city records. The building is described as a podium-type structure, with five floors of wood-frame construction perched above a concrete base.

The project is the latest in a recent series of infill developments to rise along Motor Avenue in Palms, including a smaller mixed-use project from RBM of California that was recently completed across the street at 3570 S. Motor Avenue.

Wiseman, which typically develops in Westside communities, is not done in Palms, either. The developer is planning a seven-story, 109-unit apartment complex on Venice Avenue just west of Motor.