A single-family home completed in the early 20th century in Hollywood could be razed for a new multifamily residential building, per an application submitted earlier this month to the Los Angeles Department of City Planning. 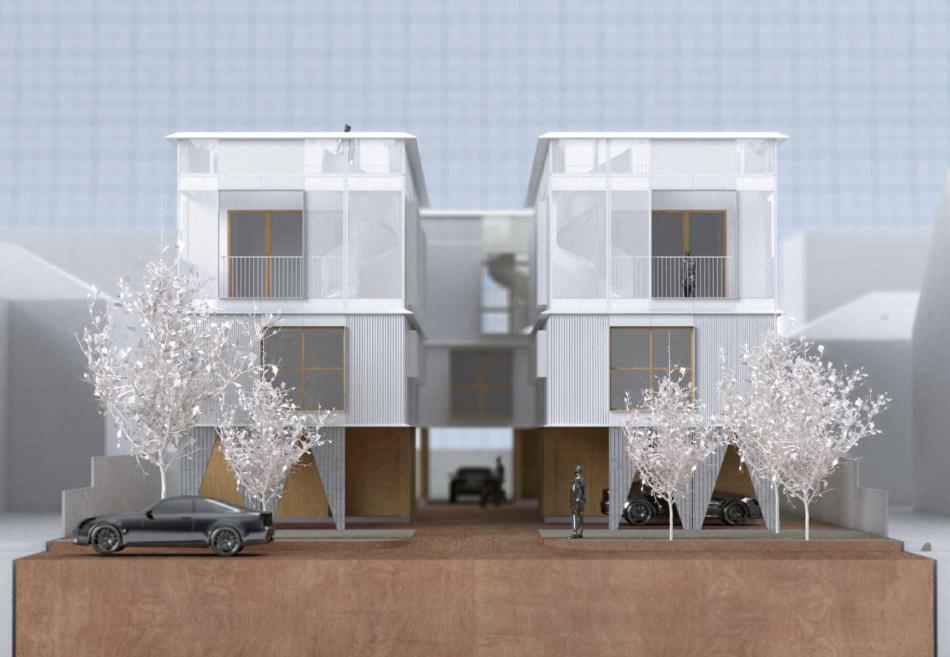 The proposed project, which would rise from a property just north of Hollywood Boulevard at 1807 N. Van Ness Avenue, calls for the construction of two duplexes as well as a single-family home. The property would be arranged to also permit the construction of an accessory dwelling unit at a later date.

Los Angeles-based architecture firm TALLER (pronounced tah-yehr) is designing the contemporary three-story buildings, clad with fiberglass panels and capped by rooftop decks. Each units would be built with three bedrooms above at-grade parking. 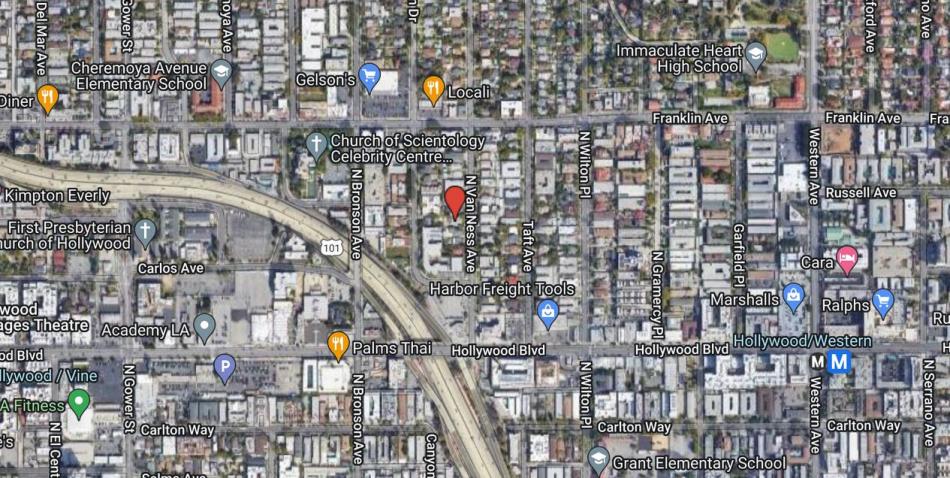