A proposed update to the specific plan governing Whittier's sprawling Whittwood Town Center mall could bring about a redevelopment scheme described as a "mixed-use village."

Built in the early 1950s on a 66-acre property located at 15466 Whittier Boulevard, the mall is home to roughly 750,000 square feet of commercial uses, with a roster of tenants that includes Target, Kohl's, PetSmart, and CVS Pharmacy. Incremental renovations and redevelopments have altered the appearance of the sprawling shopping center over the years, most notably through the addition of 114 condominiums at the southwest corner of the property. 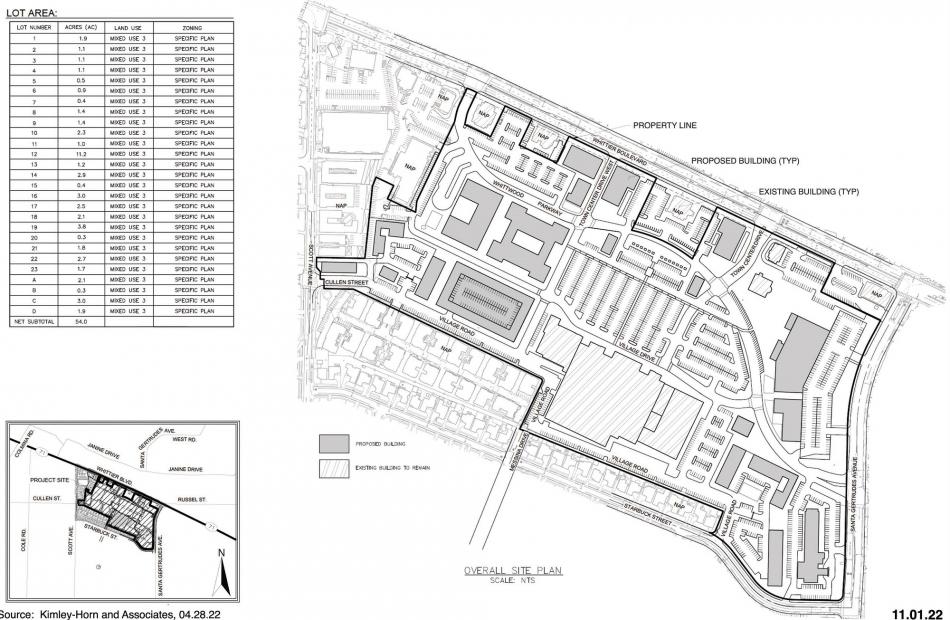 Kimco Realty Corporation, owner of the mall since 2017, is now seeking new entitlements for the property which would allow for a redevelopment of surface parking areas and older buildings. The resulting project, if fully realized, would include upwards of:

The update to the existing specific plan calls for splitting Whittwood Town Center into five different zones, including:

Plans also call for a Residential Village District, consisting of the existing townhome community at the southwest corner of the property, which is not slated for changes. 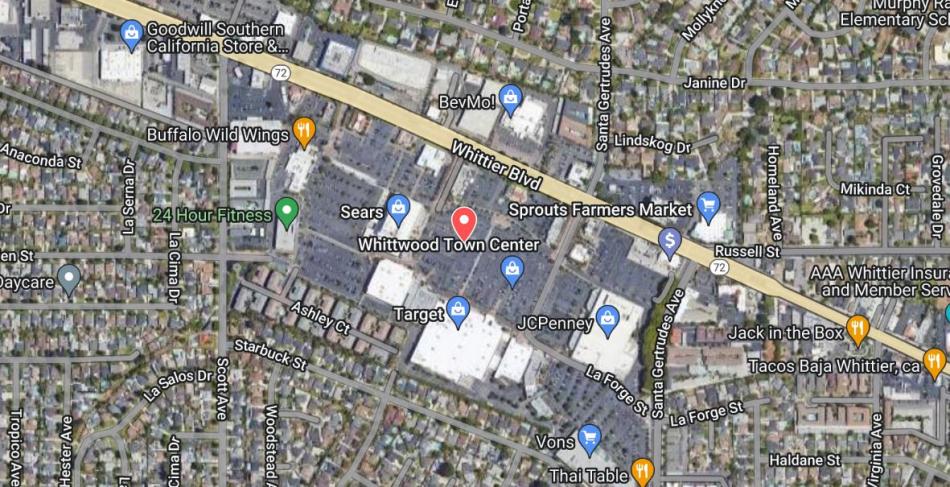 The proposed plan, which has just entered its environmental review phase, does not have an announced timeline.

More information is available at the project's official website.

The project is one of a handful large developments now being pitched for the City of Whittier, including a new plan from City Ventures, Thomas Safran & Associates, Gentefy, and SVA Architects that could bring 344 mixed-income homes and retail space to the Uptown neighborhood.