A nondescript commercial building at the northwest corner of Olympic Boulevard and Westmoreland Avenue could make way for a new hotel, per an application submitted this month to the Los Angeles Department of City Planning.

The proposed project, slated for a roughly .67-acre site at 2641 W. Olympic Boulevard, calls for the construction of a six-story, approximately 74,000-square-foot building featuring 143 guest rooms atop an 86-car subterranean parking garage.

Corbel Architects is designing the as-yet unnamed hotel development, which would be of a contemporary style and front Olympic and Westmoreland with outdoor seating and patios paces. Besides guest rooms, the project would include conference rooms, a gym, and small terrace decks at the second floor. Renderings also show digital signage attached to the building's exterior. 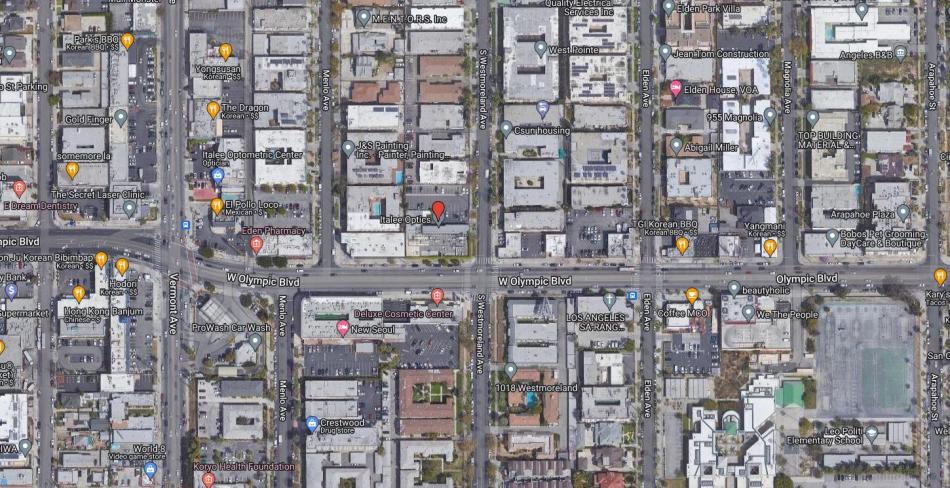 Per findings included with the project application, the hotel would rise in an area which currently lacks similar accommodations for tourists and business travelers, who often find themselves staying at establishments in Hollywood, the Wilshire corridor, or Downtown Los Angeles.

The development site, located near the Koreatown, Pico-Union, and Westlake neighborhoods, sits two blocks east of the intersection of Vermont Avenue and Olympic, where a full city block is poised for redevelopment with a mixed-use complex featuring 228 apartments and commercial uses.