A Koreatown property once slated for redeveloped with senior housing will instead be folded into a new mixed-use apartment complex, per an application submitted earlier this month to the Los Angeles Department of City Planning.

The proposed project, which would rise from an L-shaped property located at 3377 W. Olympic Boulevard, calls for the construction of a new seven-story edifice featuring 153 one-, two- and three-bedroom apartments above 5,000 square feet of ground-floor commercial space and 219 parking stalls located at-grade and in two subterranean levels. 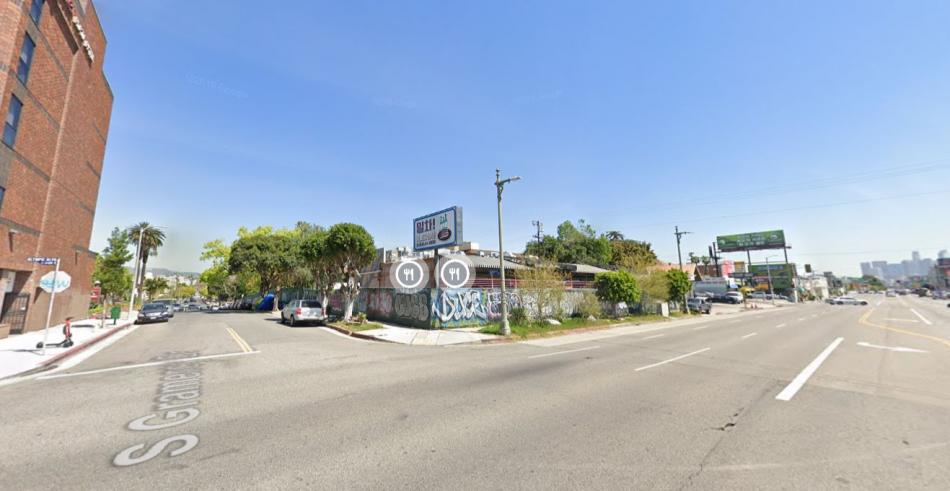 Project applicant Bando Dela Corp. is requesting the approval of Transit Oriented Communities incentives permitting a larger structure than allowed by zoning rules. In exchange, 16 of the apartments would be set aside as deed-restricted affordable housing at the extremely low-income level.

Los Angeles-based architecture firm Andmore Partners is designing the building, which would have frontage on both Gramercy Drive and St. Andrews Place. Renderings depict the project as a contemporary podium-type building named "The Bora." Architectural plans show an exterior of plaster, wood siding, cement, and corrugated metal, as well as amenities including a rooftop terrace, a podium deck, and recreation rooms.

Urban Commons, the developer which previously controlled the site at Olympic and Gramercy, had proposed five years ago to build a 146-unit senior housing complex on the site. The company has since filed for bankruptcy, giving up its Los Angeles area projects - including a proposed entertainment complex flanking the Queen Mary in Long Beach. 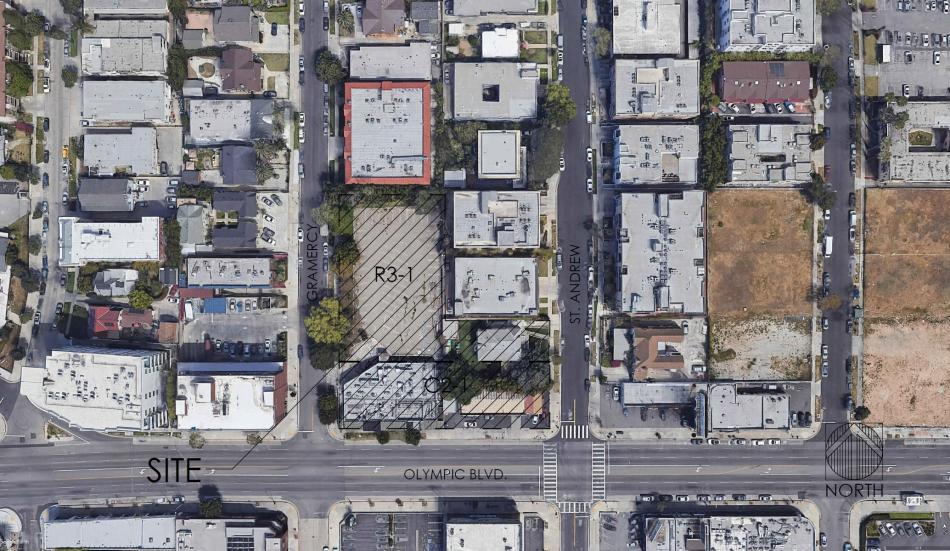 The Bora is not Bando Dela Corp.'s first rodeo on Olympic Boulevard, either. The company is now building a 252-unit apartment complex a short distance away on Hobart Boulevard.

The project site also sits just west of the intersection of Olympic and Manhattan Place, where Jamison Services recently broke ground on a similar mixed-use project which will feature 118 apartments above ground-floor commercial space.