RSG Group, the parent company of Gold's Gym, has completed work on a luxury health and wellness club on the border between Los Angeles and West Hollywood. 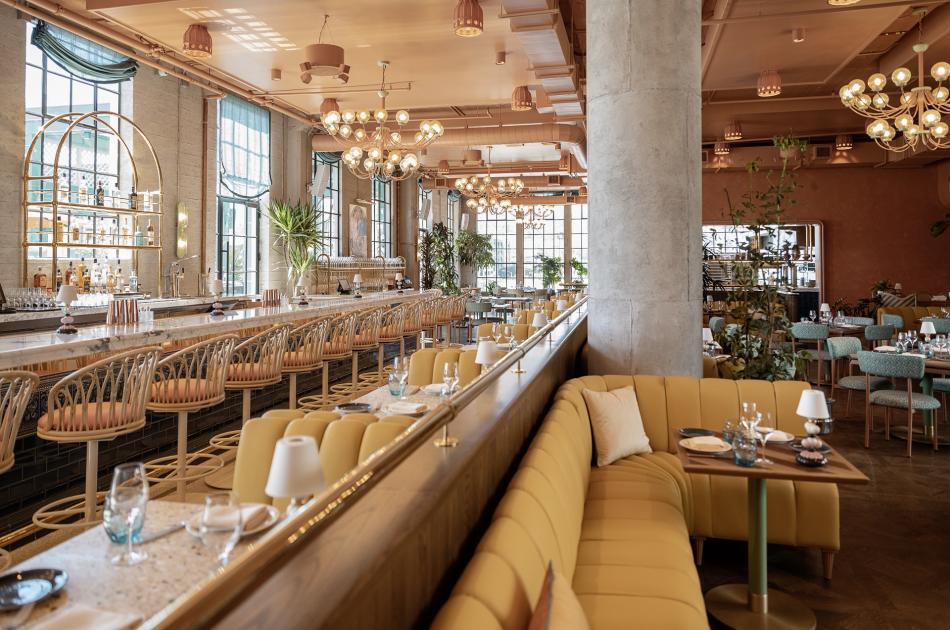 HEIMAT, located in a former General Motors showroom at 960 N. La Brea Avenue, occupies a prominent site on the western edge of the Hollywood Media District. The 1930s building has undergone an overhaul which has added materials such as wood, marble, and custom-forged metal to its interior, as well as original art murals from Abel Macias, Jessalyn Brooks and Sophia Dherbecourt.

The club, its name a German term meaning "‘the feeling of home," transformed a previously unused rooftop space into a terrace deck featuring a pool, a jacuzzi, cabanas, and an outdoor bar. A new restaurant helmed by Michelin-starred Chef Michael Mina, named Mother Tongue, is open to both club members and the general public.

As one might expect from a fitness and wellness club, HEIMAT offers group classes focused on disciplines including cycling, boxing, dance cardio, yoga, and pilates. The facility also includes a full range of circuit training machines, treadmills, elliptical rowers, and custom weights. 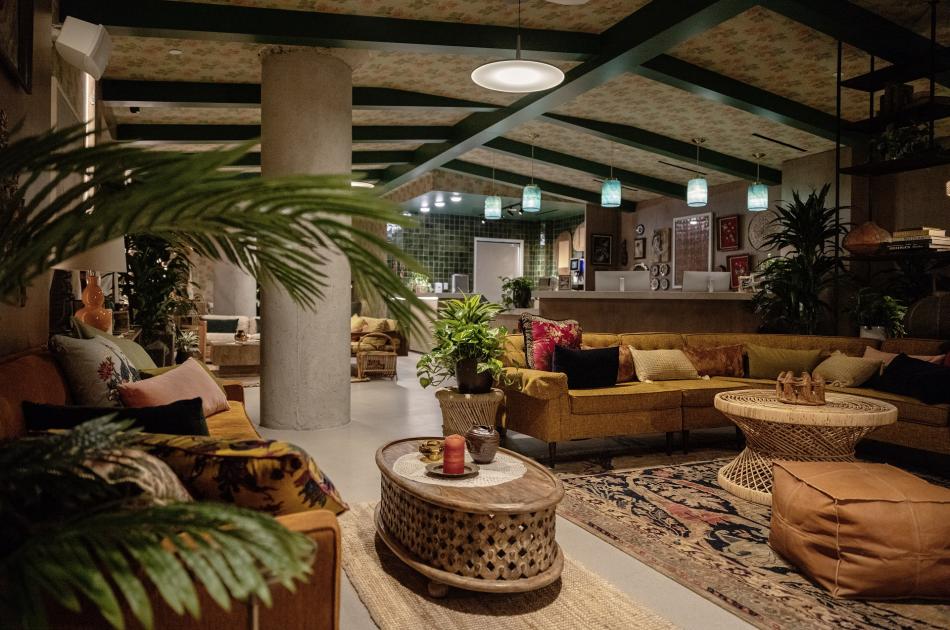 While the new club has set up shop in a building that is nearly 90 years old, many neighboring structures are of a more recent vintage. Mid-Wilshire-based CIM Group has transformed adjacent sites into a mix of housing and offices for rent, and is set to expand its reach through the pending redevelopment of the CEMEX plant property across the street from HEIMAT.