Just north of Sunset Boulevard in Hollywood, wood framing is complete for Inspire Hollywood, a mixed-use apartment complex from the Bond Companies. 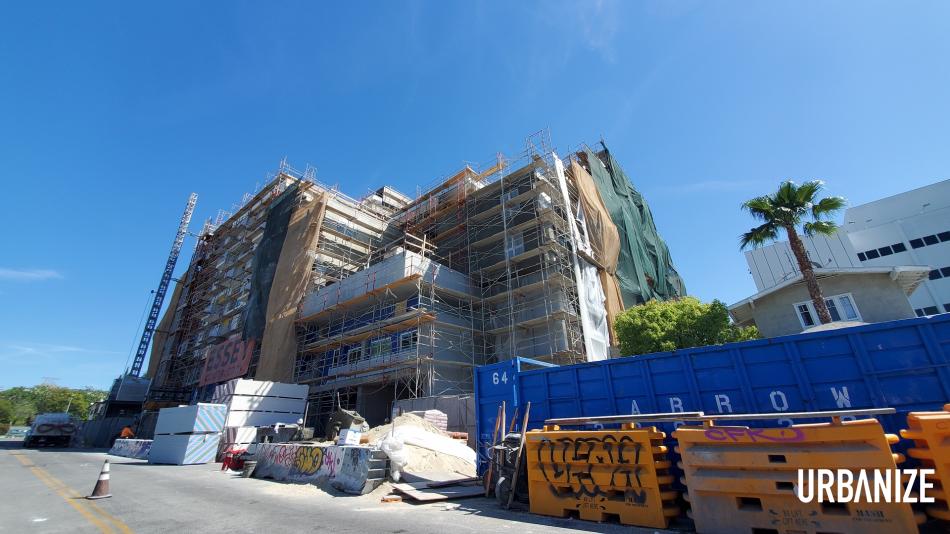 Located on the former site of a surface parking lot at 1522-1538 S. Cassil Avenue, the project consists of an eight-story building which will feature 200 studio, one-, and two-bedroom apartments above approximately 1,100 square feet of ground-floor commercial space and three-level, 230-car subterranean parking garage.

The Bond Companies entitled Inspire using Transit Oriented Communities housing incentives to permit a larger structure with more housing than otherwise allowed under zoning rules. In exchange, 20 of the apartments are to be set aside as deed-restricted affordable housing.

DE Architects is designing the apartment complex, uses tiered roof lines to match the heights of adjoining structures and create a series of terrace decks. Plans call for an outdoor swimming pool at the project's fourth floor. 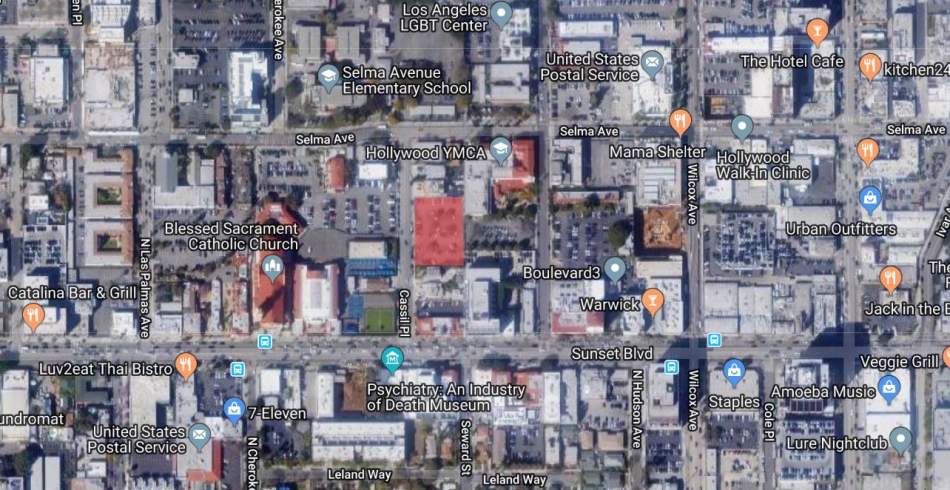 The development site one block east of the historic Crossroads of the World complex, which is poised to become the centerpiece of a $1-billion mixed-use complex featuring a hotel, housing, offices, and retail. A few blocks northeast, Relevant Group is developing a new hotel district centered on the intersection of Selma and Wilcox Avenues.

The Bond Companies, which has offices in both Los Angeles and Chicago, is also approved begin construction on a 90-unit development near Echo Park.