The site of a shuttered coffee shop in Downtown Long Beach is up for redevelopment with a high-rise apartment building, according to an application now being reviewed by the city's Planning Bureau.

The proposed project, which would rise from a parcel located at 615 E. Ocean Boulevard, is described as a 21-story tower which would feature 203 residential units. Automated parking would be provided for residents in above- and below-grade levels. Project entitlements would include density bonus incentives, allowing relief from certain zoning regulations in exchange for the provision of affordable housing. 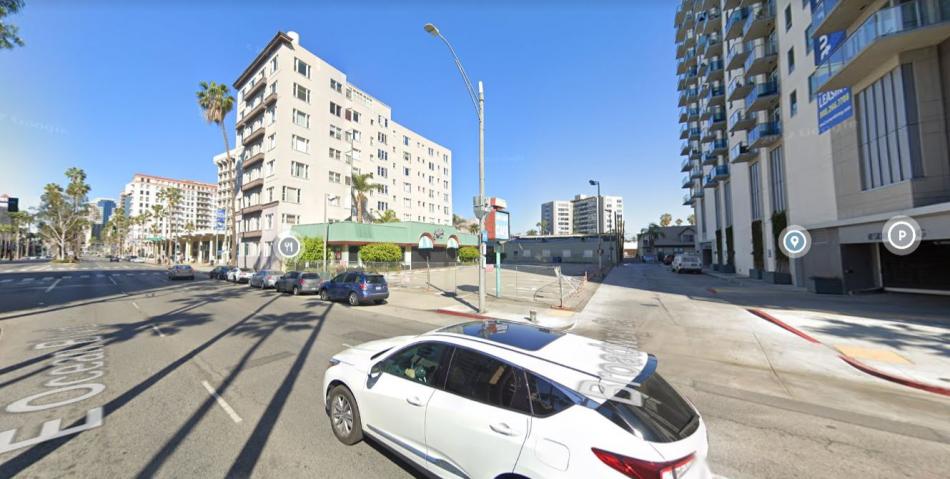 In addition to housing, the high-rise would include multiple common areas for residents, including space at the ground-floor, the 14th and 15th floors, and a rooftop pool deck.

A rendering for the project was recently included in a social media post advertising an episode of the CivitasLA podcast discussing development in Downtown Long Beach. Studio One Eleven is designing the proposed tower.

The 615 Ocean development joins a small, but growing number of new high-rise developments taking shape in L.A. County's second largest city. The project site sits just west of Shoreline Gateway, a recently-completed 35-story tower that now ranks as the tallest building in Long Beach. Construction is also in the final stages for a new high-rise from Vancouver-based developer Onni Group at the intersection of Broadway and Long Beach Boulevard.