Fresh off its completion of a mixed-use apartment building near the intersection of Fairfax and Romaine Avenues, local development Empire Property Group is cooking up plans for another rental housing complex in West Hollywood.

The project, slated for review at the July 14 meeting of the West Hollywood Planning Commission's Design Review Subcommittee, would rise from a property located at 948 N. San Vicente Boulevard, replacing three smaller residential buildings just south of the Sunset Strip. In their place, Empire is planning the construction of a new five-story edifice featuring a total of 24 residential units atop a 25-car subterranean parking garage. 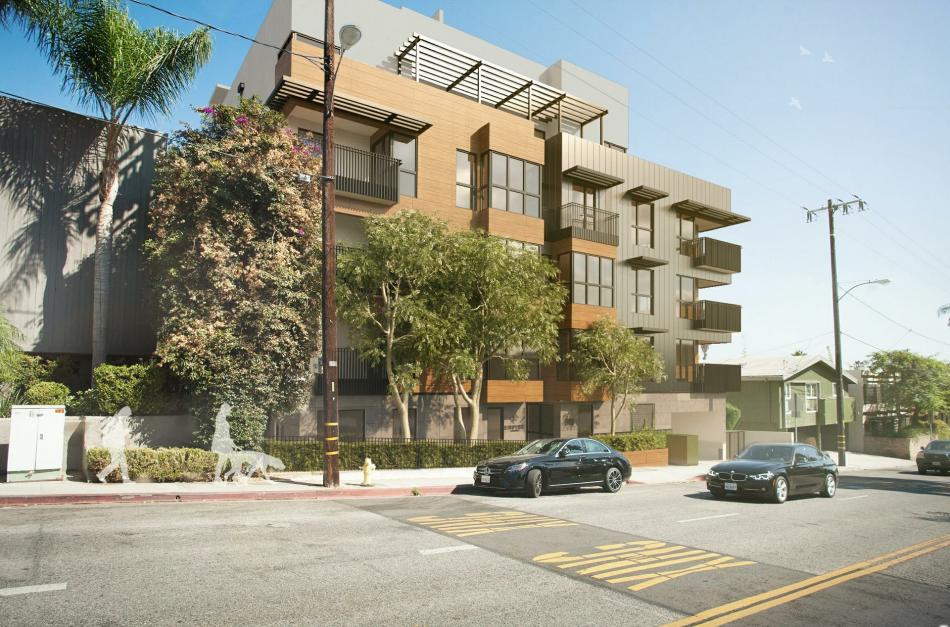 Architectural plans show a mix of one-, two-, and three-bedroom dwellings, ranging from 650 to 2,166 square feet in size. Four of the apartments are planned as affordable housing.

Levin-Narino Architects is designing the proposed project, named for its address, which is depicted in renderings as a contemporary low-rise building clad in stone, painted plaster, composite wood panels, and metal. Plans show a rooftop amenity deck above the building.

A staff report to the committee from city architect Ric. Abramson is largely complementary of the design, but recommends refinements to several elements of the project.

"From a massing perspective, a singular building block is set at the setback lines with box bays and private decks or balconies projecting even further into the setbacks as 'allowable projections'," reads the report. Such projections in the front and rear yards create greater difficulty in establishing a meaningful tree canopy, however, if carefully coordinated with the parking footprint below grade and the landscape design on grade can work together efficiently and in full alignment with one another."

The report recommends that the Committee should provide feedback on the design as the project proceeds toward a Planning Commission hearing.