A fenced off parking lot located just west of the Van Nuys Civic Center is being primed for redevelopment, per an application submitted earlier this month to the Los Angeles Department of City Planning. 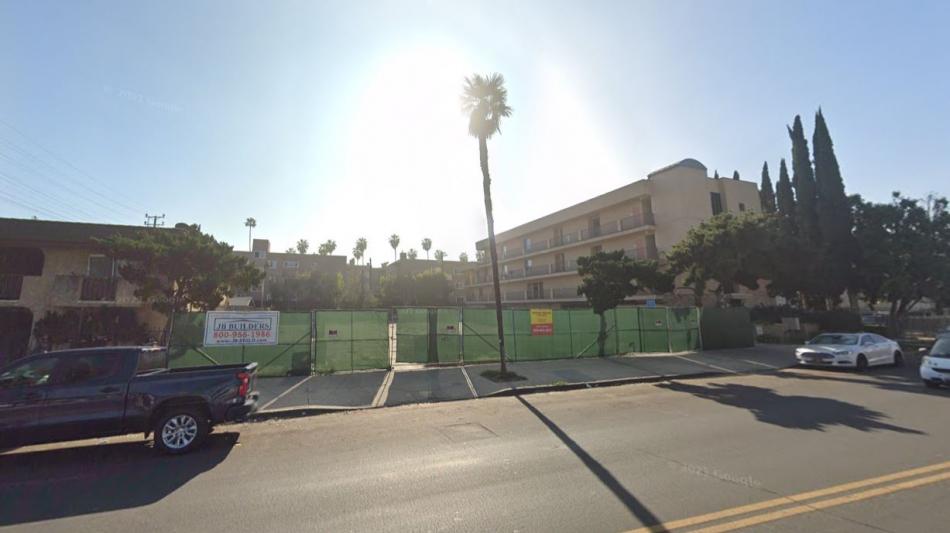 The proposed project, slated for a roughly half-acre property located at 14606-14612 W. Sylvan Street, calls for razing the existing asphalt lot to clear the way for a new five-story building featuring 34 apartments and one in-building accessory dwelling unit. Plans call for a mix of one- and two-bedroom dwellings, as well as street-level parking for 25 automobiles.

City records list the project applicant at Sylvan Tower II, LLC, a Reseda-based entity affiliated with JB Builders. Entitlements requested for the developer include Transit Oriented Communities incentives permitting increased height, reduction to required side-yard setbacks, and a reduction to required on-site open space. In exchange, four of the new apartments would be set aside as deed-restricted affordable housing at the extremely low-income level.

Architectural plans indicate that Valley-based GA Engineering is designing the Sylvan Street development, which is depicted as a contemporary low-rise building featuring a recreation room, a rear yard, and a central courtyard. 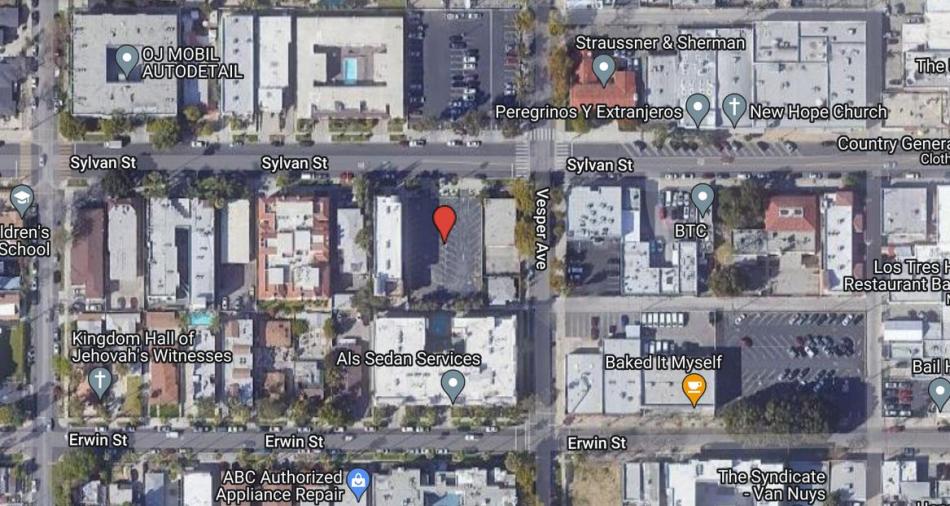 The project is one of a number of similar multifamily and mixed-use buildings taking shape in the blocks to the east of Van Nuys Boulevard, and serve as a prelude to a potential redevelopment of the satellite civic center which could add new open space and affordable housing to the complex.