Across the street from Downtown Culver City, a small commercial building is poised to make way for a mixed-use apartment complex, according to an application submitted last week to the Los Angeles Department of City Planning.

The project site, located at 9431 W. Venice Boulevard in Palms, calls for razing a 5,250-square-foot building completed in 1979, clearing the way for a new seven-story edifice featuring 47 studio, one-, and two-bedroom apartments above roughly 2,000 square feet of ground-floor restaurant space and 38 parking stalls in a semi-subterranean garage. 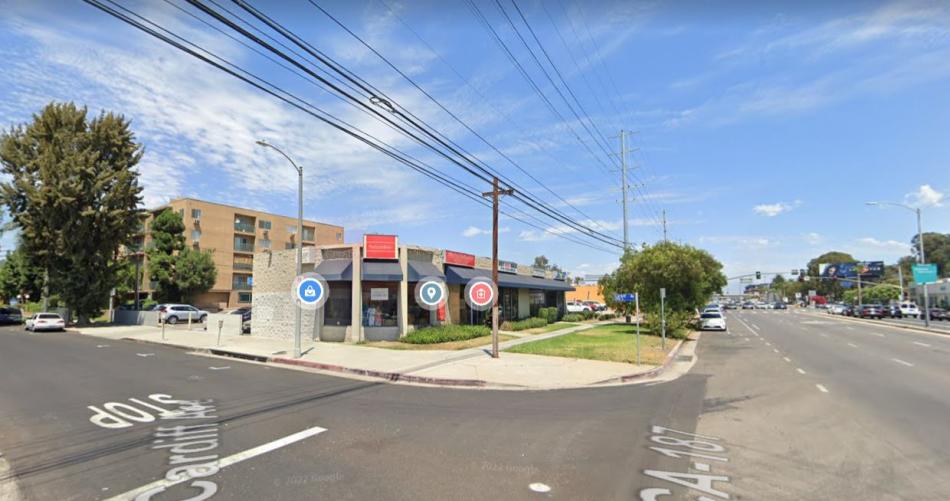 Project applicant Paul Hendifar of Venice Cardiff, LLC is seeking entitlements including density bonus incentives to permit a larger structure than normally allowed by zoning rules. In exchange for the additional density and floor area, five of the new apartments would be set aside as deed-restricted affordable housing at the very low-income level.

Kevin Tsai Architecture is designing 9431 Venice, which is depicted in a rendering as a contemporary podium-type building. Plans show common amenities including a courtyard, a rooftop deck, and a recreation room, as well as private balconies on some units.

The project joins a number of new mixed-use developments along Venice, which marks the southern boundary of Palms and the northern perimeter of Culver City. Other ongoing projects come from firms such as California Landmark Group, Geneva Street Partners, and Wiseman Residential.