Across the street from Metro's Vermont/Beverly Station , vertical construction is underway for a the latest mixed-use project from co-developers Hankey Group and Jamison Services, Inc.

A half-year after we last checked in, wood framing is nearing its peak at 200 N. Vermont Avenue in Koreatown, site of a new mixed-use apartment complex from co-developers Hankey Group and Jamison Services, Inc. 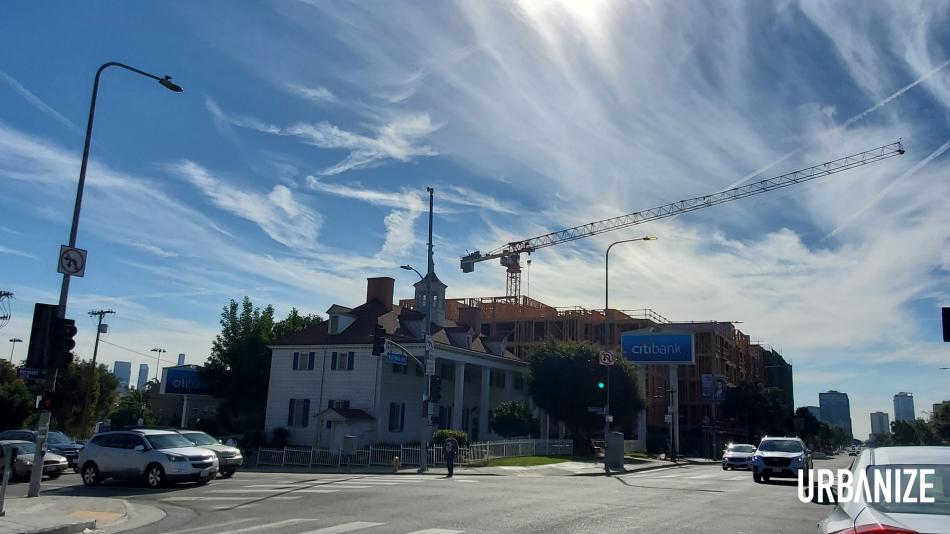 Located just south of the entrance to Metro's Vermont/Beverly Station, the project consists of a six-story podium-type building which will feature 490 studio, one-, and two-bedroom apartments above 35,000 square feet of ground-floor retail space. Plans also call for a two-level semi-subterranean parking garage.

Approved plans rely on Transit Oriented Communities incentives to permit a larger structure than local zoning rules would normally allow. In exchange 49 of the apartments are to be reserved as extremely low-income affordable housing for a period of 55 years at completion.

Designed by MVE + Partners, 200 Vermont is depicted in a rendering as a contemporary low-rise structure similar to other recent developments in Koreatown. The complex will incorporate multiple landscaped decks and courtyards, as well as amenities such as a swimming pool, a half basketball court, a game room, a screening room, and co-working space.

The apartment complex is the third large project built as a joint venture between Hankey and Jamison Services, following the Circa apartment towers in Downtown Los Angeles, and the 25-story Kurve development at 2900 Wilshire Boulevard. 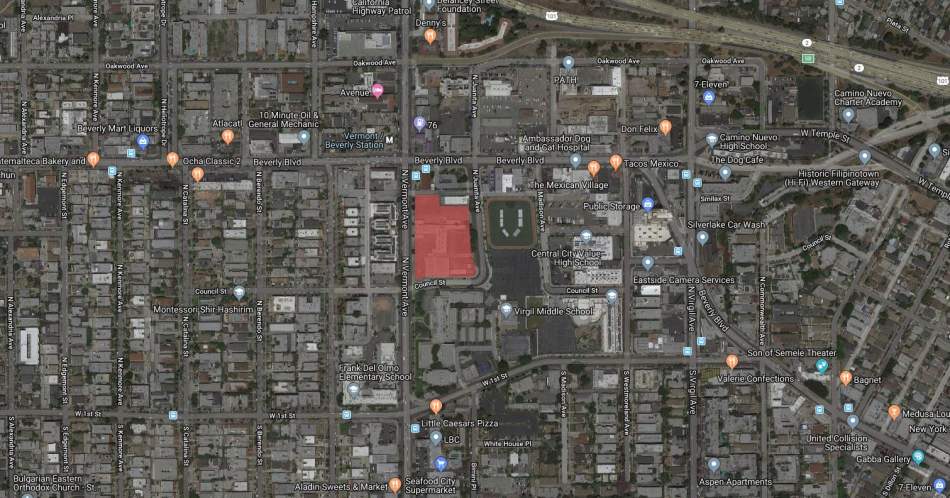 The 200 Vermont complex he latest in a series of large multifamily projects near Metro's Vermont/Beverly Station, including Flexible PSH Solutions' Enlightenment Plaza complex.

Outside of 200 Vermont, Hankey is developing a 432-unit apartment complex on Lankershi Boulevard in Sun Valley, while Jamison Services broke ground earlier this year on a pair of residential towers next to Wilshire/Normandie Station.