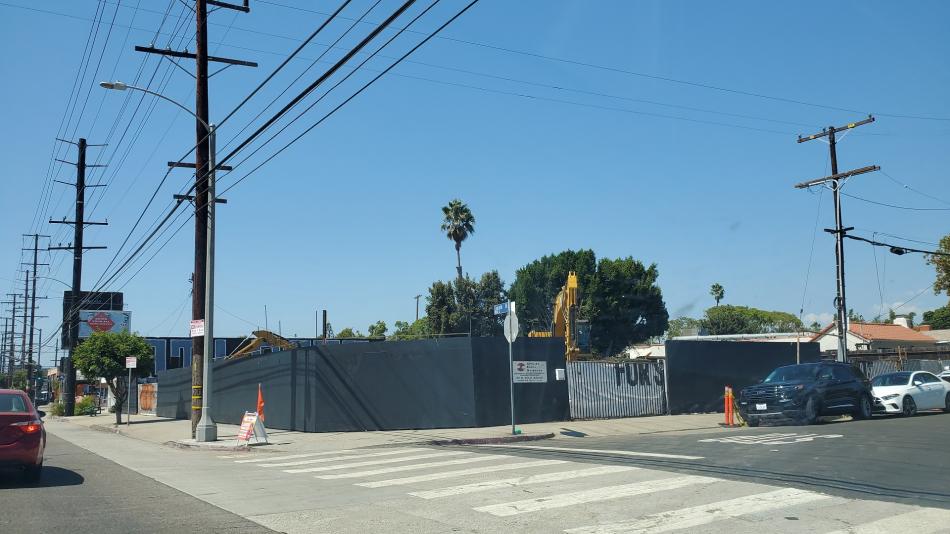 Excavation is now in progress at the former site of an auto body repair shop at 1808-1816 S. Lincoln Boulevard, where the developer recently secured a permit for the construction of a new five-story building featuring 50 apartments above 4,734 square feet of ground-floor commercial space and 42 parking stalls on two subterranean levels.

The Transit Oriented Communities project utilizes incentives to permit a building that is larger than typically allowed by zoning rules. In exchange, Wiseman will be required to set aside five of the studio, one-, two-, and three-bedroom apartments as deed-restrict affordable housing at the extremely low-income level.

Reed Architectural Group is designing 1808 Lincoln, which will include a gym, a rooftop deck, and a rear yard. Images show a contemporary low-rise building which steps down in height along the eastern property line, creating a series of terrace decks. 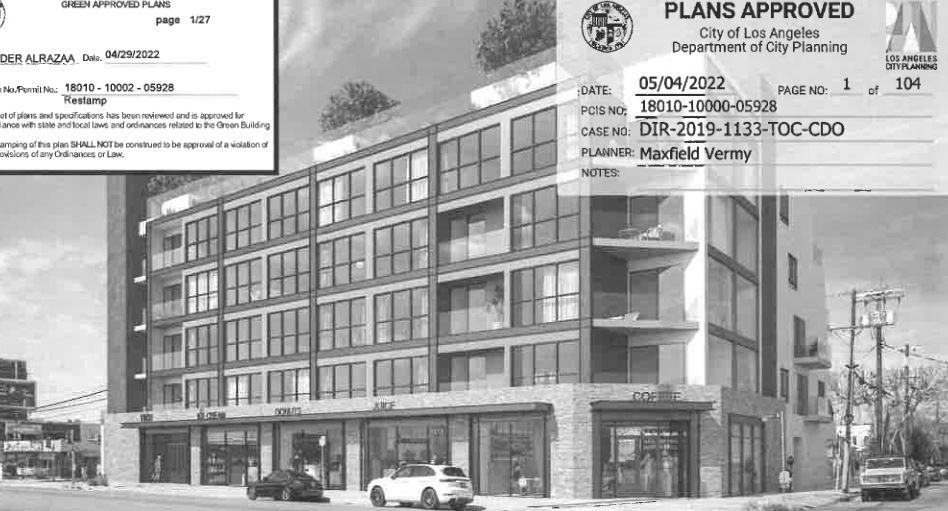 The under-construction building is the third iteration of Wiseman's project on Lincoln Boulevard. Initially, plans filed with the City of Los Angeles in 2018 had called for a slightly taller building with fewer overall units. One year later, Wiseman had altered its plans to a structure with a combination of housing, offices, and retail under a single roof. The approved project received city sign offs in 2020.