If you're waiting to see a massive apartment tower built on top of The Bloc's imposing parking garage in Downtown Los Angeles, find a comfortable chair. You're going to be waiting for a while. 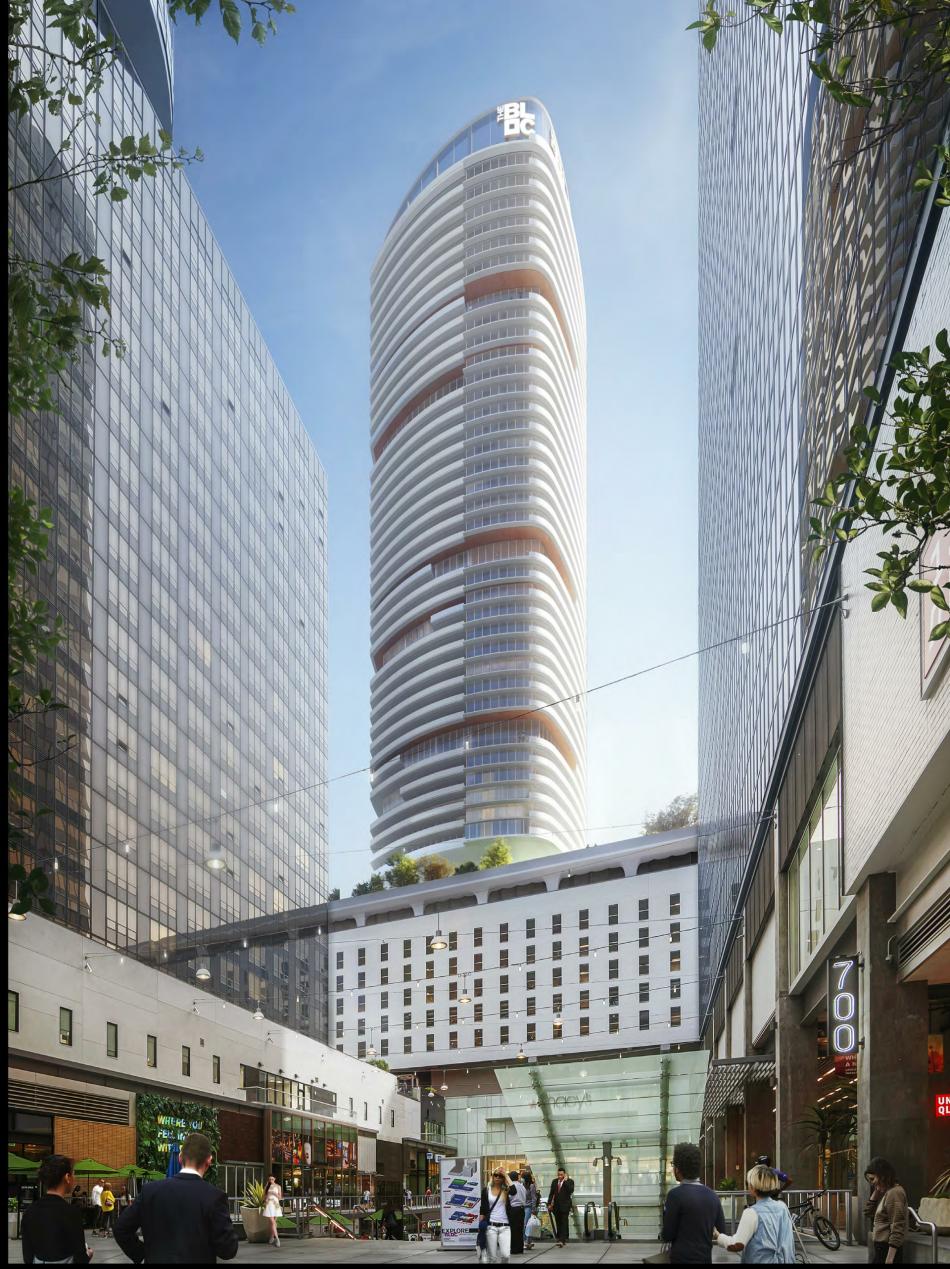 According to an initial study published this month by the L.A. Department of City Planning, Bloc landlord National Real Estate Advisors may not complete construction of the new high-rise until 2030. That finish date would follow a 35-month construction timeline, meaning that construction may not commence until sometime in 2027.

Slated for the east side of The Bloc site along Hope Street, the proposed project would consist of a new 41-story building stacked above the 12-story garage, resulting in a 53-story building. Inside, plans call for 466 studio, one-, two-, and three-bedroom apartments, with parking for 441 vehicles to be provided within the existing structure.

Handel Architects is designing the tower, which would have a sculpted glass rooftop housing wrapping around an open-air amenity deck. With a proposed height of 710 feet, would rank among the 10 tallest buildings in the City of Los Angeles if completed today. 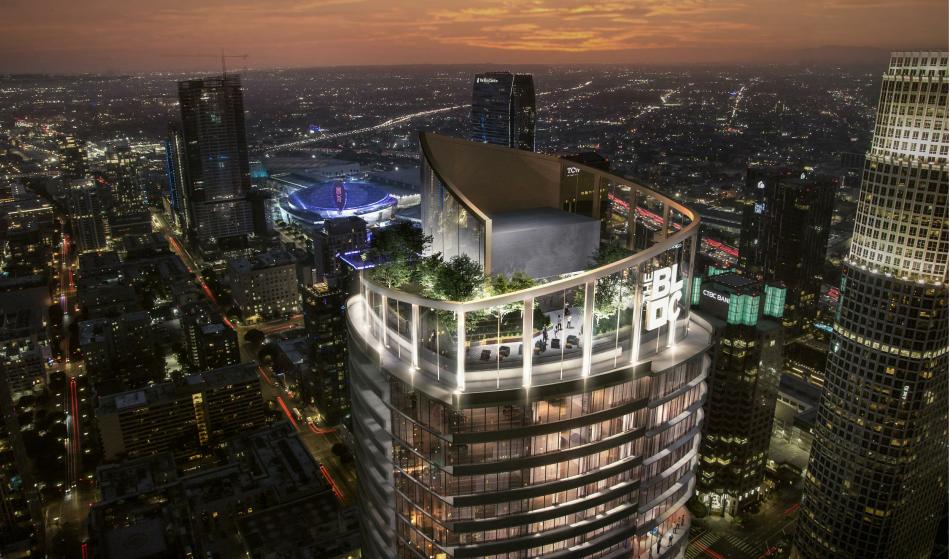 As part of the proposed development, National Real Estate Advisors also intends to convert the rooftop of The Bloc's garage into a landscaped amenity deck, providing a swimming pool, a fitness center, and a lawn for residents. Relm is serving as the project's landscape architect.

Requested entitlements include a transfer of floor area rights and permissions to add new digital signage to The Bloc. Those elements will require the approval of the Los Angeles City Planning commission.

The BLOC, a 1970s development previously known as Macy's Plaza, was transformed by the Ratkovich Company into its current format just roughly five years ago. The property is anchored by a 32-story, nearly 730,000-square-foot office building and a Sheraton Grand Hotel, capping more than 430,000 square feet of commercial space that includes a Macy's, Uniqlo, and Alamo Drafthouse. The complex also has a direct link to the adjacent 7th Street/Metro Center subway station through its sunken courtyard. 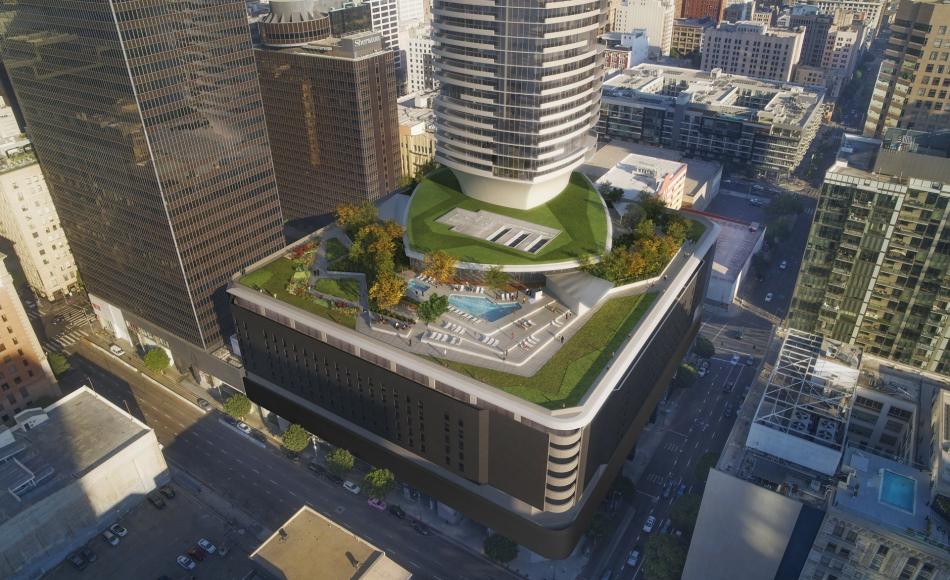 The tower would build on a growing collection of high-rise residential buildings along the 8th Street corridor in Downtown Los Angeles, including a 50-story building planned across Hope Street by Mitsui Fudosan America and Brookfield's new Beaudry development next door to the Figat7th mall.