Earlier this month, Mitsui Fudosan America celebrated the completion of vertical construction of its 42-story residential high-rise at the intersection of 8th and Figueroa Streets.  A presentation to the Downtown Los Angeles Neighborhood Council's Planning and Land Use Committee reveals new views and an updated timeline for the developer's next tower, which will rise one block east. 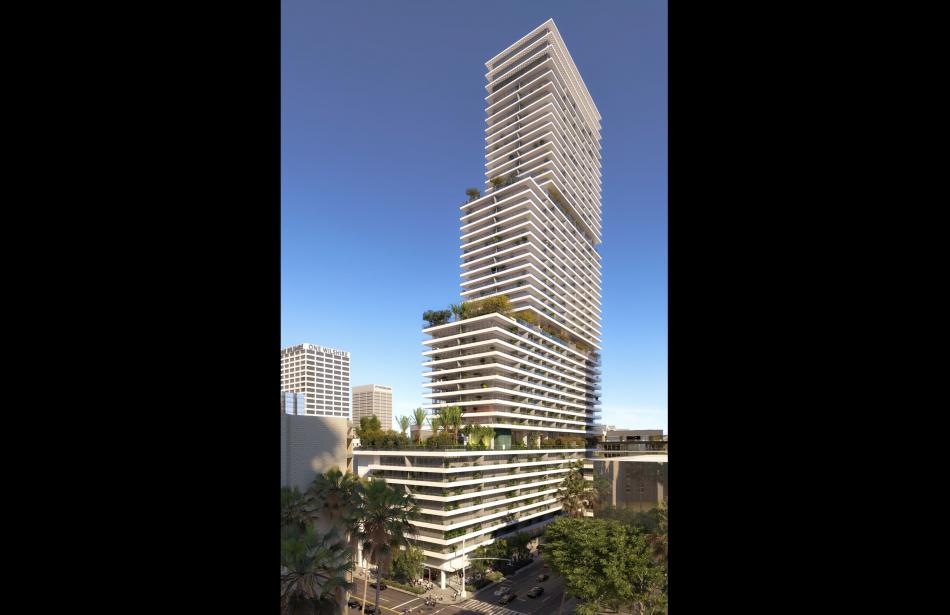 View of the proposed tower looking northeast from 8th and HopeGensler

The project, submitted to the Planning Department for entitlements for 2017, is slated to replace a parking lot and small garage along the north side of 8th Street between Grand Avenue and Hope Street. Plans call for the construction of a 50-story building featuring 580 residential units above 7,499 square feet of ground-floor commercial space and parking for 636 vehicles. Plans call for a mix of studio, one-, two-, and three-bedroom dwellings, all of which would include balconies.

Gensler is designing the tower, referred to as 8th Grand & Hope for its street frontages, which takes design cues from L.A.s Mid-Century modern homes. The building would see its mass incrementally step back from Hope Street on its upper floors, creating a series of amenity deck for residents and giving the tower a unique profile. Plans call for an exterior of glass, concrete, aluminum, and stone.

While residences would line the full Grand Avenue side of the building, above-grade parking - screened by landscaping - would be located along the western side of the property facing Hope. However, the floors of the garage are being designed without a slope, offering the potential to convert that space to an additional 189 residential units at a future date. 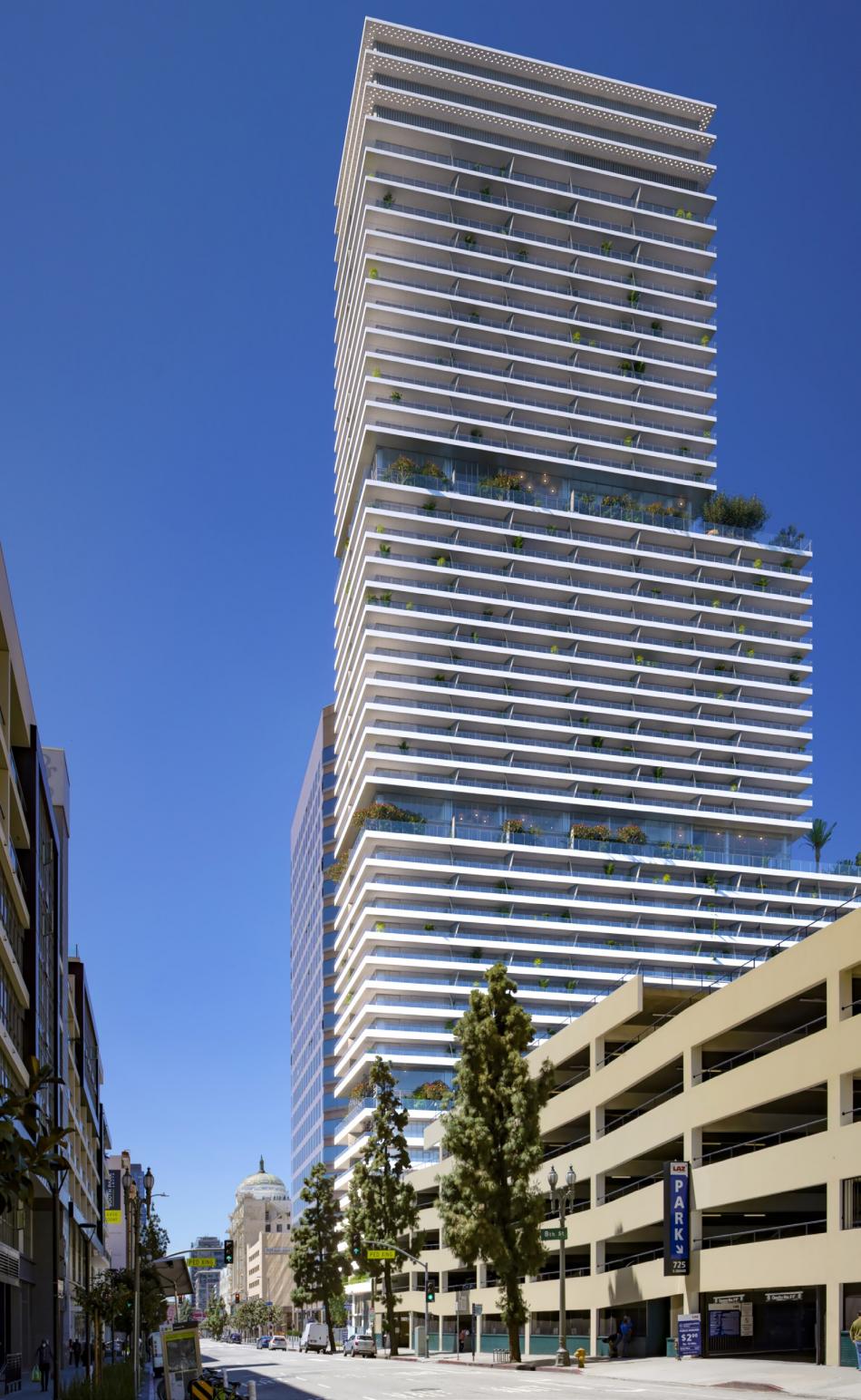 According to an economic impact study cited in the presentation, the 8th Grand & Hope development is expected to either directly or indirectly generate 5,575 local jobs, as well as $522 million in labor income and $722 million in economic output.

Mitsui Fudosan America, a subsidiary of the Japanese conglomerate Mitsui Fudosan, is not the only developer looking to build tall on 8th Street. Just across Hope Street, National Real Estate Advisors is pursuing entitlements for a project which would build a high-rise tower featuring 466 apartments above The Bloc's massive parking garage. 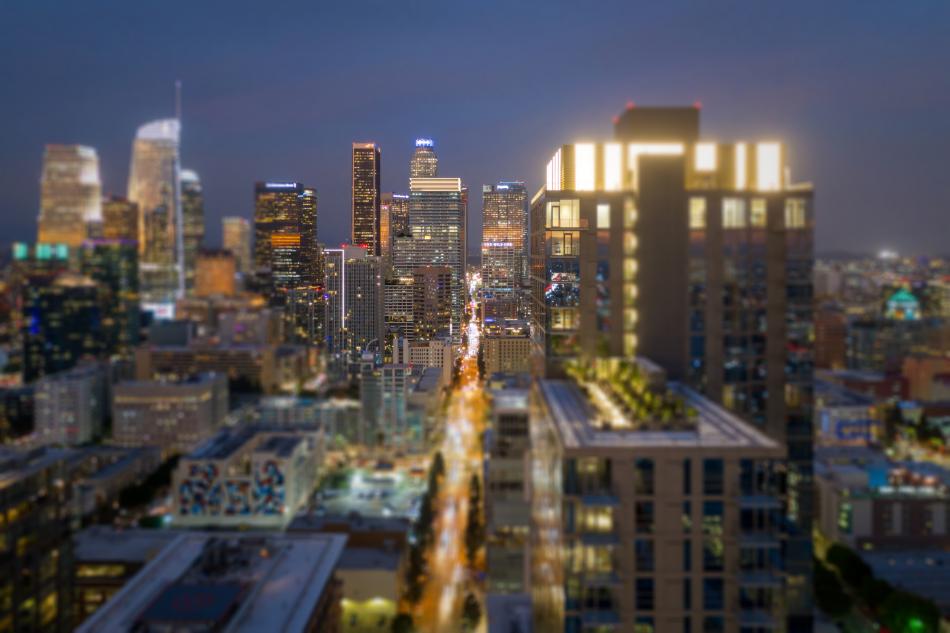