A year after we last dropped by, vertical construction is complete for a new project from Jamison Services, Inc. next-door to the Robert F. Kennedy Community Schools complex in Koreatown.

The project, located just south of Wilshire Boulevard at 689 S. Catalina Street, consists of an eight-story edifice which will feature 61 studio, one- and two-bedroom dwellings above 490 square feet of ground-floor commercial space at completion. Plans also call for 92 parking stalls in a podium garage. 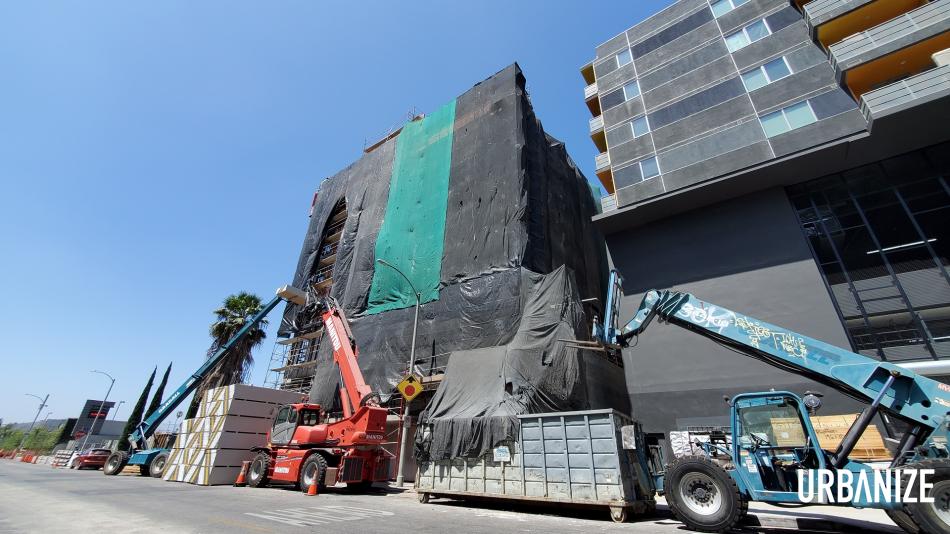 DFH Architects is designing 689 Catalina, which is intended to feature large glass windows layered between crisp horizontal bands. Floor plans indicate that the apartment complex will include amenities such as a rooftop deck, a business center, a gym, and a club room.

Completion of the apartment complex is anticipated in early 2023, according to a landing page from the Jamison Services website.

The apartment complex could be considered a third component to The Crosby, another multifamily development which Jamison Services completed in 2020. That property includes a converted 12-story Welton Becket office building – formerly the West Coast headquarters of Texaco - as well as 120 apartments built atop an adjoining parking garage.

Besides its developments on Catalina Avenue, Jamison has more than a dozen other multifamily residential projects either planned or under construction between Koreatown and Downtown Los Angeles.