The owner of the Fox Electronic Supply shop in East Hollywood is looking to redevelop the property with a mixed-use apartment building, per an application submitted in July to the Los Angeles Department of City Planning. 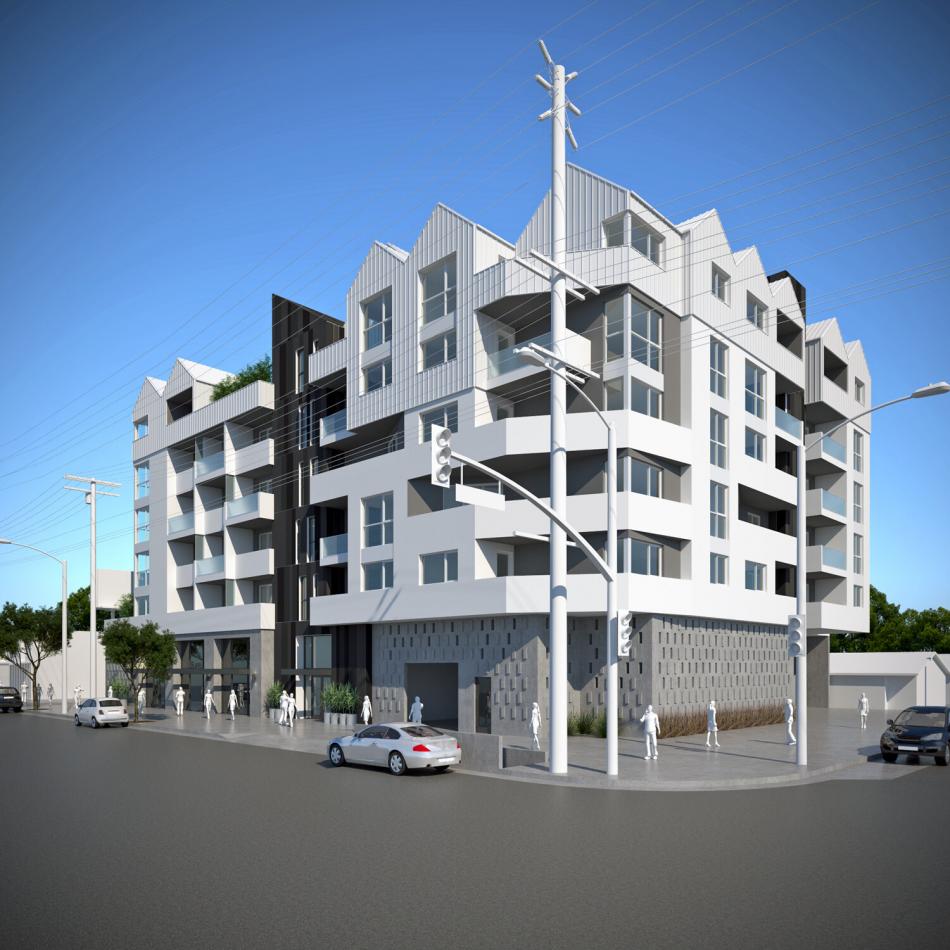 Vermont Plaza Holdings, LLC, managed by Yousef Lalezarian, is listed as the owner and developer of the site at 5066 W. Santa Monica Boulevard. The project, called Fox Tower, is described as a six-story edifice which would feature 68 studio, one-, and two-bedroom apartments above 4,688 square feet of ground-floor commercial space and a two-level, 95-car basement garage.

Requested entitlements include the approval of density bonus incentives to allow for a larger structure than otherwise permitted under zoning rules. In exchange, six of the new apartments would be set aside for rent as affordable housing priced at the very low-income level.

Plus Architects is designing Fox Tower, which is shown in a series of conceptual renderings with the namesake electronic supply store returning in the ground floor commercial space. The contemporary podium-type building would include five levels of wood-frame construction, and amenity decks on the second and sixth floors. 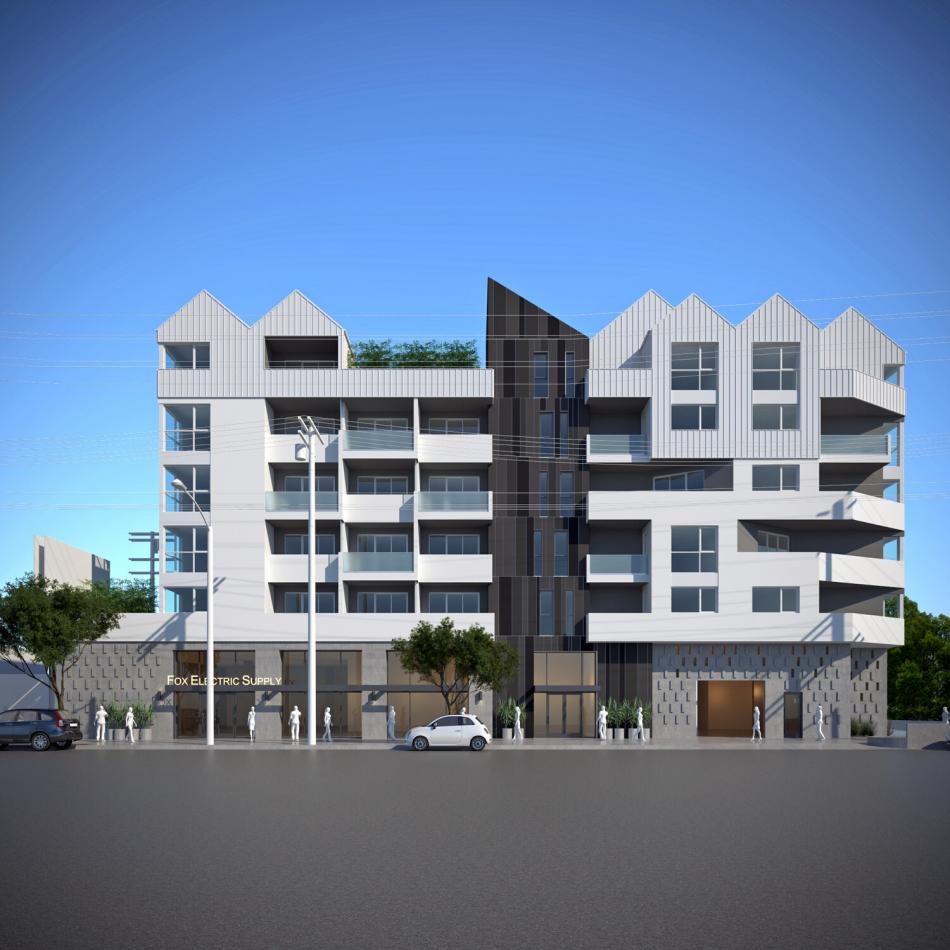 The project site is located just under a half-mile west of Metro's Vermont/Santa Monica Station, and would follow mixed-use and affordable housing developments now under construction at 4904 and 4626 W. Santa Monica Boulevard. Additionally, a supportive housing complex broke ground earlier this year on property directly adjacent to the Metro station.