One block west of the intersection of Adams Boulevard and La Brea Avenue, developer CIM Group has completed the wooden frame of one of its largest projects yet in West Adams.

The project, now taking shape at 5109 W. Adams Boulevard, consists of a six-story building that will feature 69 studio, one-, and two-bedroom dwellings at completion. Plans also call for 5,689 square feet of ground-floor retail and restaurant space and underground parking for 63 vehicles. 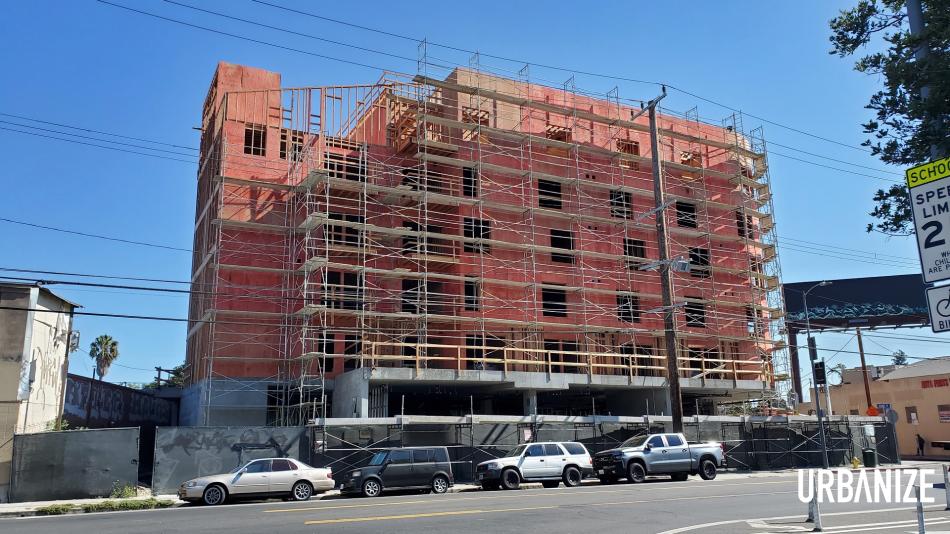 Designed by Studio One Eleven, 5109 Adams is depicted in renderings with a contemporary podium-type building with offset windows on its upper floors  Planned on-site amenities include amenity decks at the second and sixth floors, as well as a rooftop open space. 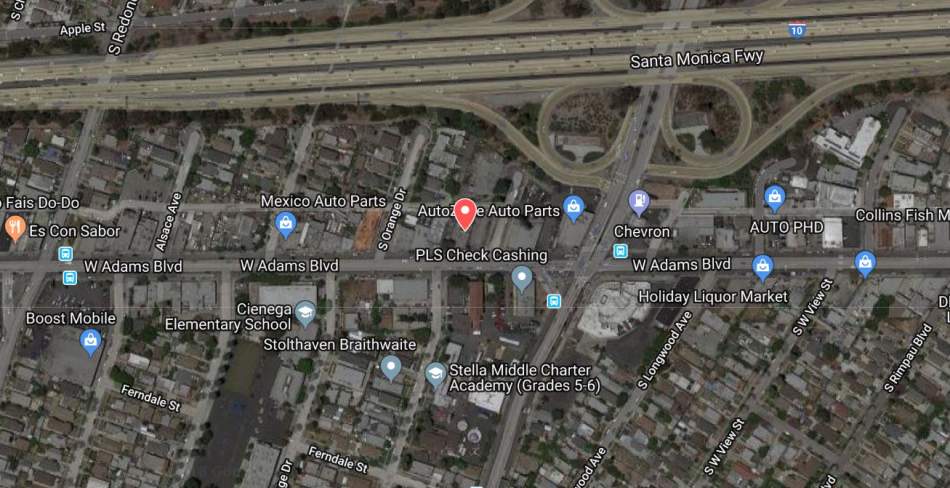 Prior to initiating the current plan for 5109 Adams, CIM Group sought to entitle the site as well as an adjoining lot for the construction of a five-story, 99-unit apartment building. The entitlement application for that project was withdrawn in 2018, and building permits now indicate that a four-story, 78-room hotel is slated for the neighboring property. That project, if completed, would be CIM's second hotel in the West Adams neighborhood, following the 43-room Alsace at 5170 W. Adams Boulevard.

CIM is developing dozens of properties in the West Adams and Jefferson Park neighborhoods, including office buildings and similar apartment complexes. The company recently cleared a commercial building two blocks west at 5201 W. Adams Boulevard for the construction of another mixed-use apartment complex.