One year after breaking ground in in Hollywood, wood framing is rising high at the future site of a mixed-use apartment complex near the intersection of Highland and Fountain Avenues. 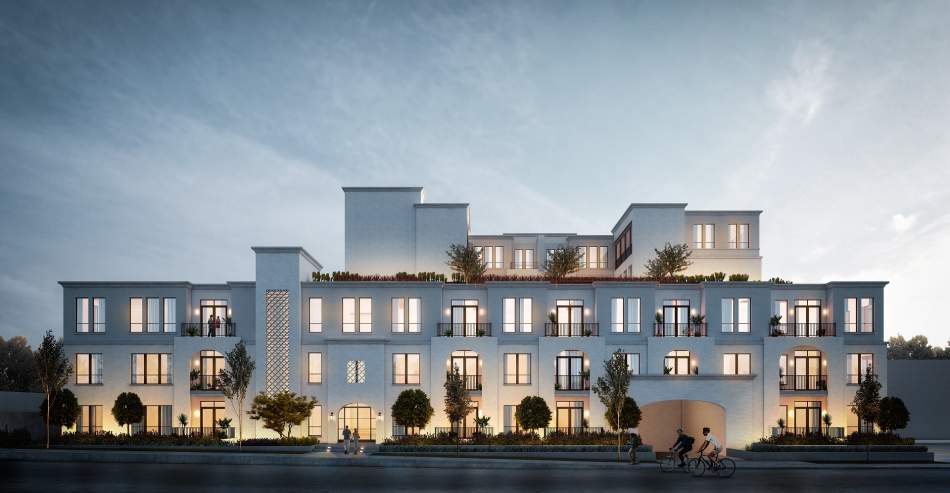 Located on an L-shaped property located at 1233 N. Highland Avenue and 1242 N. Citrus Avenue, the project from San Francisco-based real estate firm Axis Development and property owner TDA Investment Group will consist of a new building containing a total of 72 apartments above roughly 5,700 square feet of retail space and subterranean parking for more than 100 vehicles.

Approved plans include a density bonus incentives permitting a larger structure than allowed by zoning. In exchange, eight of the new one- and two-bedroom apartments will be set aside as deed-restricted affordable housing. 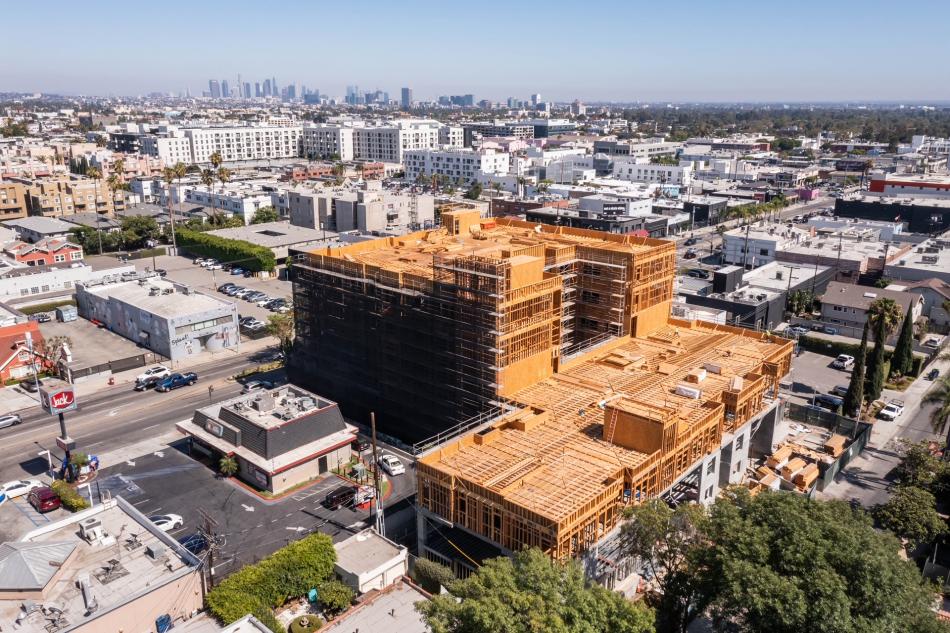 Kevin Tsai Architecture is designing the apartment complex, which presents a six-story face Highland Avenue to the east and a smaller-scaled four-story frame along Citrus Avenue to the west. The Spanish-style building will include two courtyards, a recreation groom, a gym, and a rooftop deck. Retail is planned along Highland, while two-story live-work units will front Citrus.

At the time of the project's groundbreaking in 2021, Tsai indicated that completion was anticipated in early 2023. 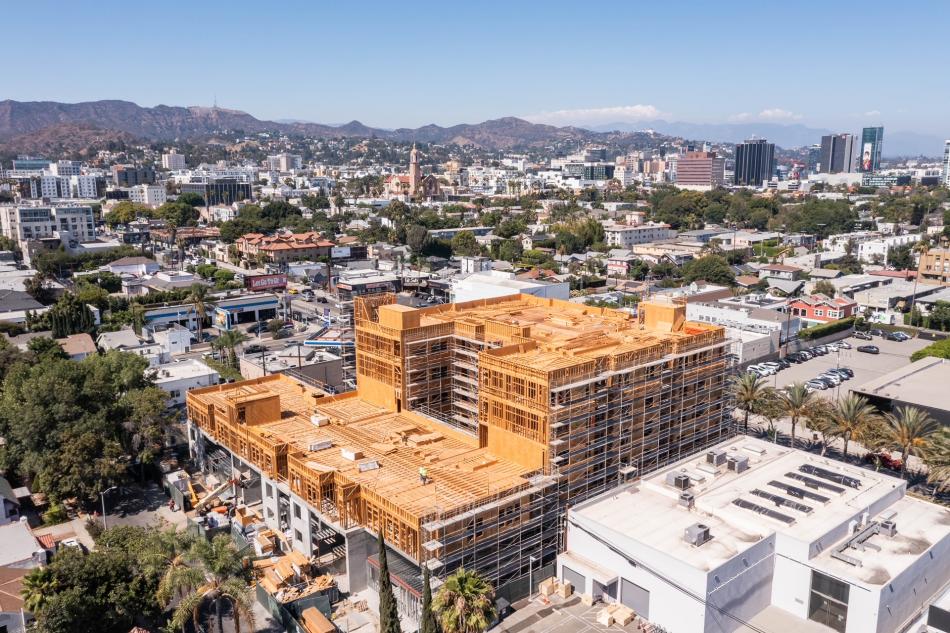 The project follows close on the heels of several larger mixed-use developments along the Santa Monica Boulevard corridor to the south, including new apartment buildings from Onni Group and AvalonBay Communities.