Steps from the E Line's Downtown Santa Monica terminus, plans for a new hotel are starting to take shape at the former site of Angel's Attic. 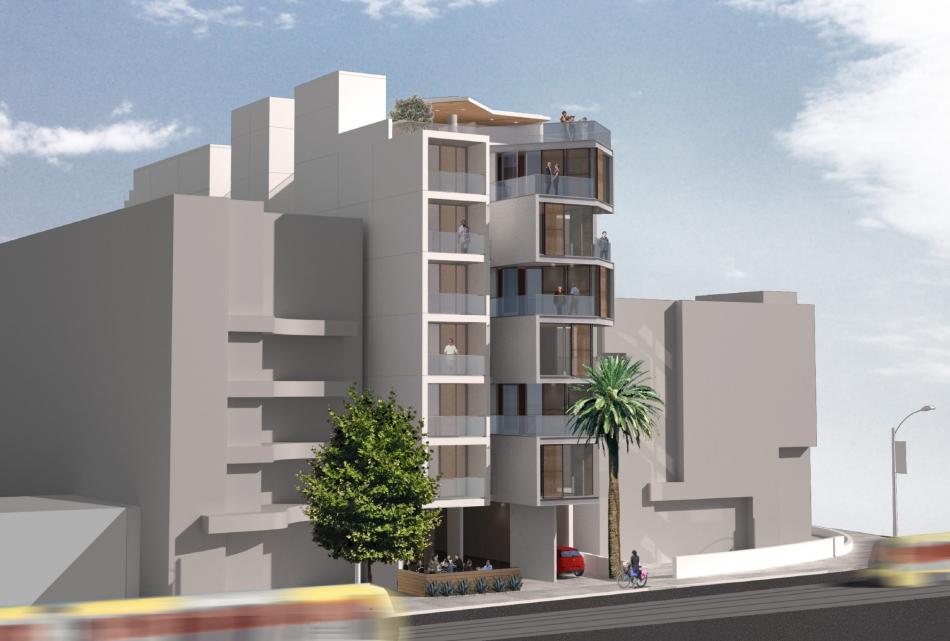 This week, the Santa Monica Architectural Review Board is scheduled to take its first look at plans for an eight-story, 74-room hotel on what is now an empty lot at 516 Colorado Avenue. The proposed project would also include a small restaurant and dining area facing Colorado Avenue and the adjacent E Line tracks, as well as a rooftop bar and restaurant. No on-site parking is proposed, although a vehicular drop-off area would cut through the lot to reach an alley at the rear of the property.

Howard Laks Architects is designing the proposed hotel, which in addition to guest rooms, would incorporate a fitness center, a business center, and a banquet room.

The contemporary building design of the structure has been divided into four separate building blocks," reads a staff report to the Architectural Review Board. The east and west blocks are separated by an exterior circulation corridor that provides access to each floor’s guest rooms and also provides natural ventilation throughout the building and common areas, as well as reduce the perceived building cantilevered stacked guest rooms of glass and concrete. Maximizing guest room views toward West Los Angeles, Downtown Santa Monica, Santa Monica Pier, Catalina Island, Marina del Rey, and Culver City is achieved by arranging the stackable rooms strategically positioned along the north and south elevations." 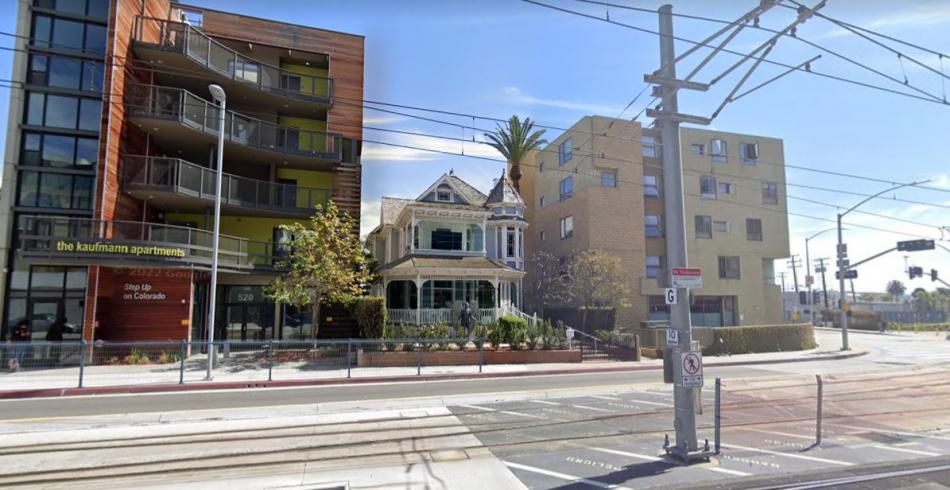 Los Angeles County Assessor's records list the owner of the site as an entity linked to Santa Monica-based property management firm XYZ Rent. The property was last sold in 2017, at which time Angel's Attic closed. The building which housed the museum, a late 19th century Victorian home, was demolished in mid-2021.

The project site sits directly across Colorado Avenue from two additional hotels - a Courtyard Marriott and a Hampton Inn - which debuted not long after the E Line made its way to Downtown Santa Monica. The Kaufman Apartments, an affordable housing complex, opened next door to 516 Colorado in 2015.

The proposed project near the E Line is the second Santa Monica hotel for Howard Laks Architects in recent years. The firm previously designed the 271-room Santa Monica Proper, which opened in 2019 on Wilshire Boulevard. 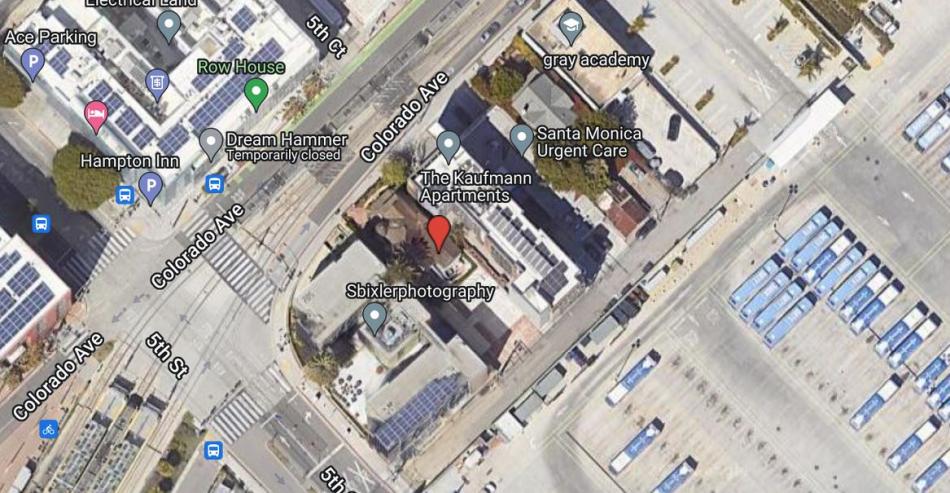