Atlas Capital Group's proposal to convert the Downtown printing plant of the Los Angeles Times into a soundstage and office complex is one step closer to reality, following yesterday's meeting of the Los Angeles City Planning Commission. 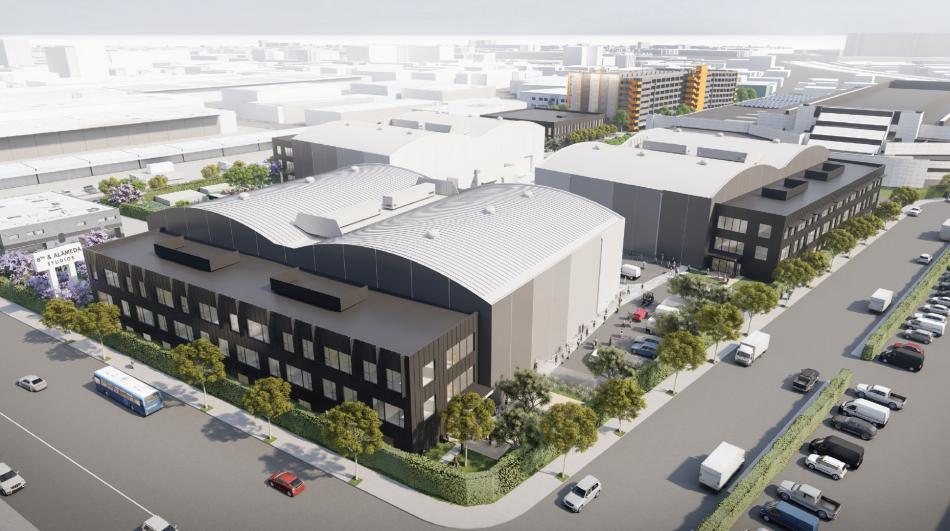 In a unanimous vote, Commissioners approved a plan which would permit the redevelopment of the 26-acre complex at 8th and Alameda Streets with more than 830,000 square feet of sound stages, office space, and other supportive facilities.

RIOS is designing the more than $650-million project, named 8th and Alameda Studios, which would turn the asphalt parking lot on the western side of the property into three new buildings containing six soundstages. The printing plant building, still occupied by the Times on a long-term lease, would be redeveloped into 11 additional soundstages at a later date. 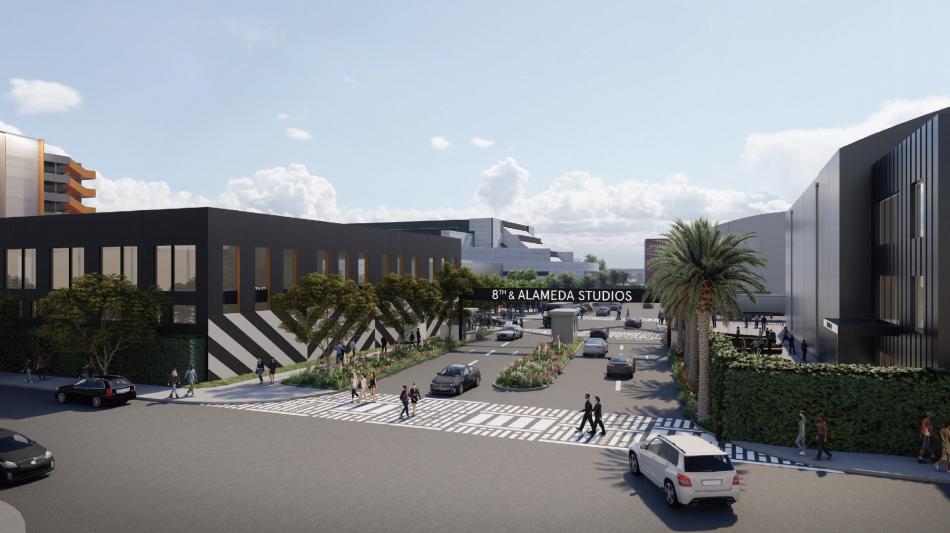 According to the environmental report published earlier this year by the Planning Department, construction of 8th and Alameda studios is expected to occur over a 34-month period, which is estimated to begin in 2023 and conclude in 2026. When plans were initially revealed in 2021, the Times reported that the newspaper's lease is set to expire at the end of 2023, but included renewal options that could run for at least a decade.

While the Arts District has not historically been the site of film production studios, plans for 8th and Alameda site may have set off a trend. A few blocks north at 6th and Alameda Streets, East End Capital recently acquired a 15-acre industrial property with the intent of building up to 15 soundstages. San Francisco-based real estate investment trust Prologis has also purchased land nearby, which could be developed with a logistics center or soundstages, according to marketing materials.

The project site also sits within walking distance of a budding hub centered on the intersection of 7th Street and Santa Fe Avenue, where developers Hines, Lowe, Tishman Speyer, Onni Group, and Jade Enterprises all have projects in the works. Atlas Capital Group, also owns the neighboring ROW DTLA complex at 7th and Alameda, a cavernous former industrial facility with more than 1.3 million square feet of offices. 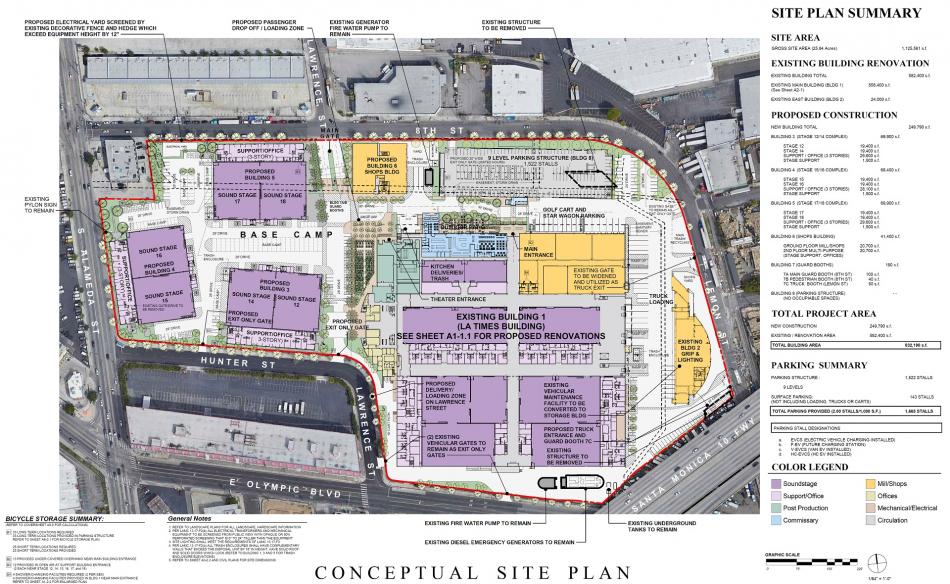