Just north of the 134 Freeway in the Burbank Media District, Worthe Real Estate Group is cooking up new plans for a site once slated for an office building.

The property, a vacant, triangular-shaped lot at 3201 W. Olive Avenue, is proposed for the construction of a new a mixed-use building featuring 144 apartments above 1,058 square feet of ground-floor retail space and a two-level subterranean parking garage. Worthe is seeking streamlined permitting for the development, called the Bob Hope Center Residential project, in accordance with SB 35. 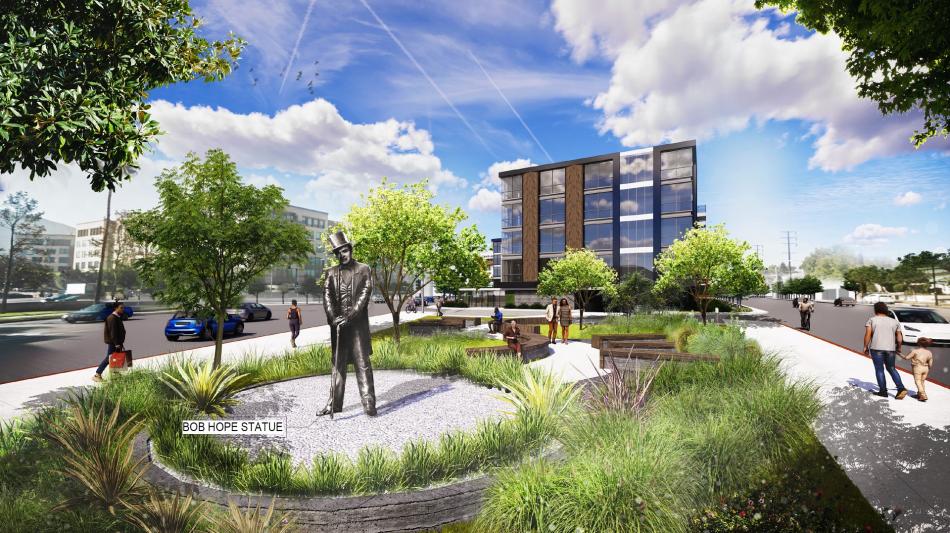 The apartments are proposed in a mix of studio, one-, and two-bedroom dwellings, with 15 to be set aside for rent as affordable housing at the very low-income level.

Wolcott Architecture is designing the proposed building, which would rise five stories in height, with an L-shaped footprint above the first floor. Space along the southern side of the building would be used for a pool and amenity deck.

The residential construction is limited to the western portion of the site, which is subdivided by a segment of California Street that is closed to vehicular traffic. The remaining portion of the lot would be converted into a publicly accessible space known as Bob Hope Park, with a statue of the space's namesake in the center. 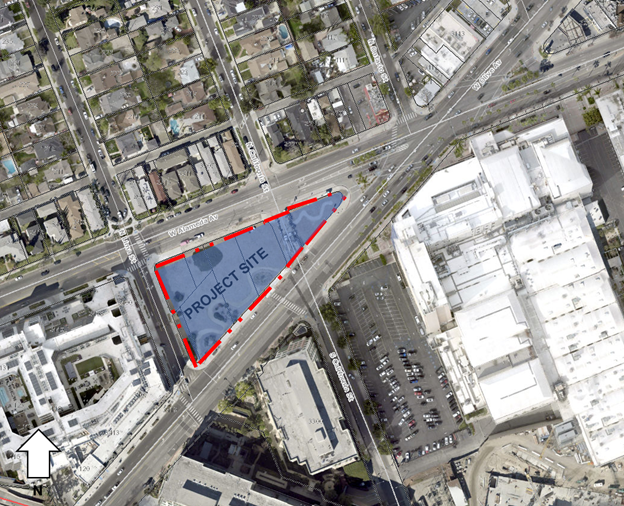 The project site sits immediately east of Talaria, a similar mixed-use project with a Whole Foods Market on the ground floor which opened in 2019.

Worthe, which is headquartered in Santa Monica, owns a number of prominent development sites in Burbank, and is the firm behind the Warner Bros. Second Century project now taking shape a short distance to the east. The company is also planning a $500-million office and soundstage complex at the historic Warner Bros. Ranch property, and is reportedly partnering on a high-rise office building nearby.