A block south of Chevy Chase Drive in Atwater Village, a trio of houses built between the 1910s and 1940s could be replaced with a new small lot subdivision.

The project, which was submitted last month to the Los Angeles Department of City Planning, calls for razing the three structures at 4176-4200 E. Willimet Avenue to make way for the construction of eight townhome-style units.

M-Rad Architecture is designing the project, which would consist of three-story structures ranging between 1,659 and 1,717 square feet in size.  Each off the homes - clad in painted metal and stucco - would include three bedrooms, two-car garages, and rooftop decks. 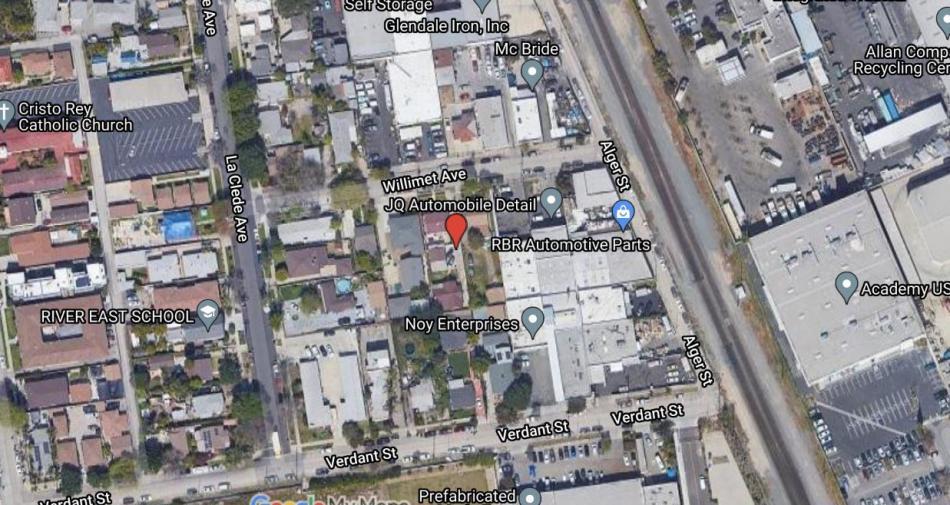