Located on a 3.75-acre property at 668 S. Alameda Street, the mixed-use apartment complex is rising on the former site of a cold storage facility along the south side of Industrial Street. The seven-story, podium-type building is slated to feature 475 studio, one-, and two-, and three-bedroom apartments above 61,000 square feet of ground-floor commercial uses at completion. Additionally, a two-level, 842-car subterranean parking garage will sit beneath the housing and commercial uses.

Under conditions of approval imposed by the City of Los Angeles, AvalonBay will be required to set aside 53 of the apartments at AVA Arts District as deed-restricted affordable housing at the very low-income level.

OfficeUntitled is designing the project, with AC Martin serving as executive architect. Approved plans call for an exterior of fiber cement panels, concrete, and metal, with a series of open-air decks and other amenities for residents interspersed throughout the property. At ground level, a new landscaped paseo will be located along the rear property line within space that was once used as a rail spur. 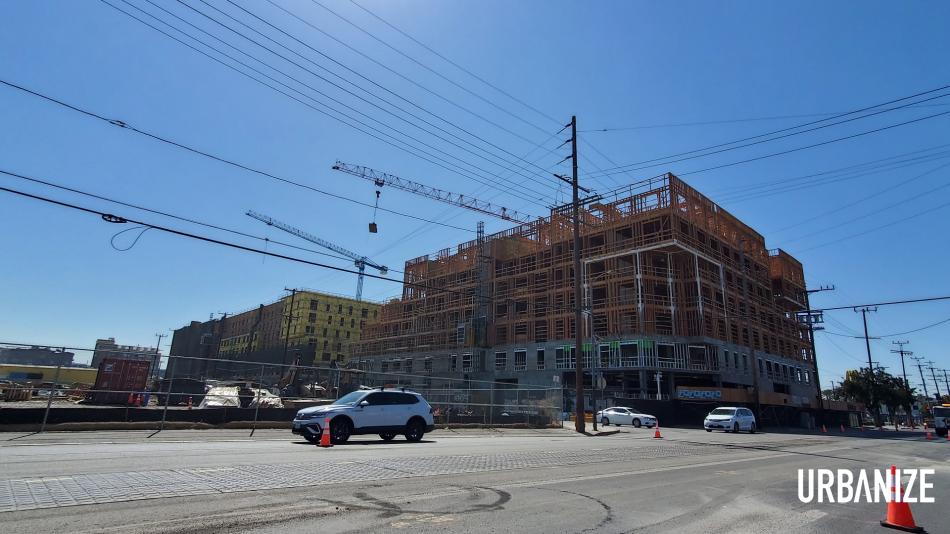 At the time AvalonBay secured construction financing for the project, AVA Arts District was slated for completion in 2022. The property is now expected to debut in 2023, according to a landing page on the AvalonBay website.

The project site sits directly south across Industrial Street from a property slated for the construction a similar mixed-use housing project from Camden Property Trust.

AvalonBay has previously developed AVA apartment buildings in  Little Tokyo and Hollywood, and is also planning a 154-unit housing complex in Monrovia. Recently, the developer has secured the rights to build hundreds of apartments on publicly-owned sites including the West L.A. Civic Center and the former Marine Corps Air Station in Tustin.