Two years after the City of Los Angeles approved plans to redevelop an industrial site near L.A. State Historic Park with housing and commercial space, a new property owner seems to be discarding those entitlements in favor of a new mix of uses.

This month, an entity affiliated with New York-based Magnum Real Estate Group submitted an application to the Planning Department seeking new approvals for a site located at 1435-1465 N. Main Street. In lieu of the 244 live/work apartments and roughly 70,000 square feet of commercial space previously slated for the property, plans now call for a six-story edifice featuring 376 residential units and 6,448 square feet of commercial uses atop parking for 104 vehicles.

Magnum's entitlement request includes an exception to the zoning rules imposed by the Cornfield Arroyo Seco Specific Plan - specifically a provision which limits the amount of residential square footage in projects allotted bonus floor area through the plans affordable housing bonus framework. The developer has proposed to set aside 20 percent of the total housing for rent at below market rates, including 16 extremely low-income affordable units and 60 moderate-income units. 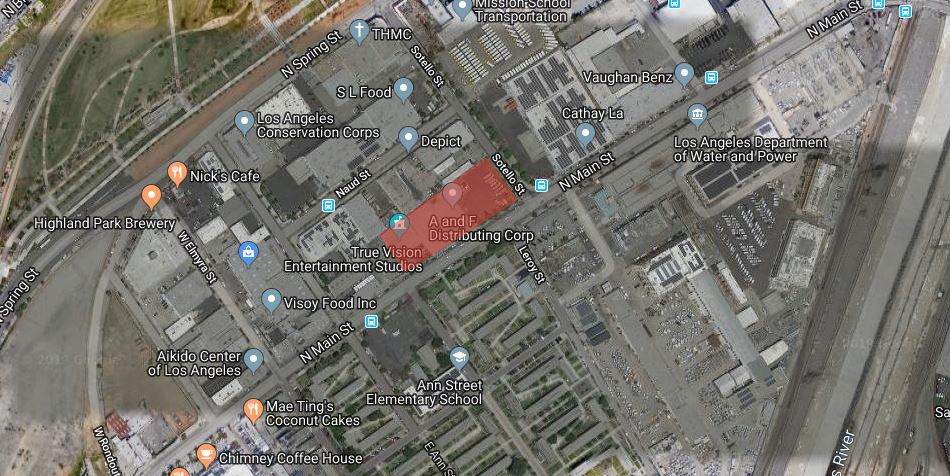 The proposed building, as with the project previously entitled for the site, would be composed of prefabricated modular units built off site and assembled at the property. The modular units, stacked above a concrete podium, would offer a mix of studio and one-bedroom units ranging from 348 to 452 square feet in size.

Designs for the project include two ground-level courtyards which open to the sky, providing open space for residents and light wells for the apartments above. Plans also call for balconies on upper level units, as well as an 8,870-square-foot rooftop deck.

The proposed apartment complex is one of a growing number of new residential developments transitioning industrial zone to the east of L.A. State Historic Park, joining the recently-completed Llewelyn apartments a few blocks south, and a 280-unit apartment complex which is starting construction a block northwest at 200 N. Mesnager Street.