A year-and-a-half after breaking ground in West Hollywood, the stepped profile of a cantilevering apartment complex from LOHA is taking shape just south of the Sunset Strip, according to an image included in the firm's latest newsletter.

Located at 1136-1142 N. La Cienega Boulevard, the project will eventually consist of a five-story building featuring 23 apartments above two levels of subterranean parking. 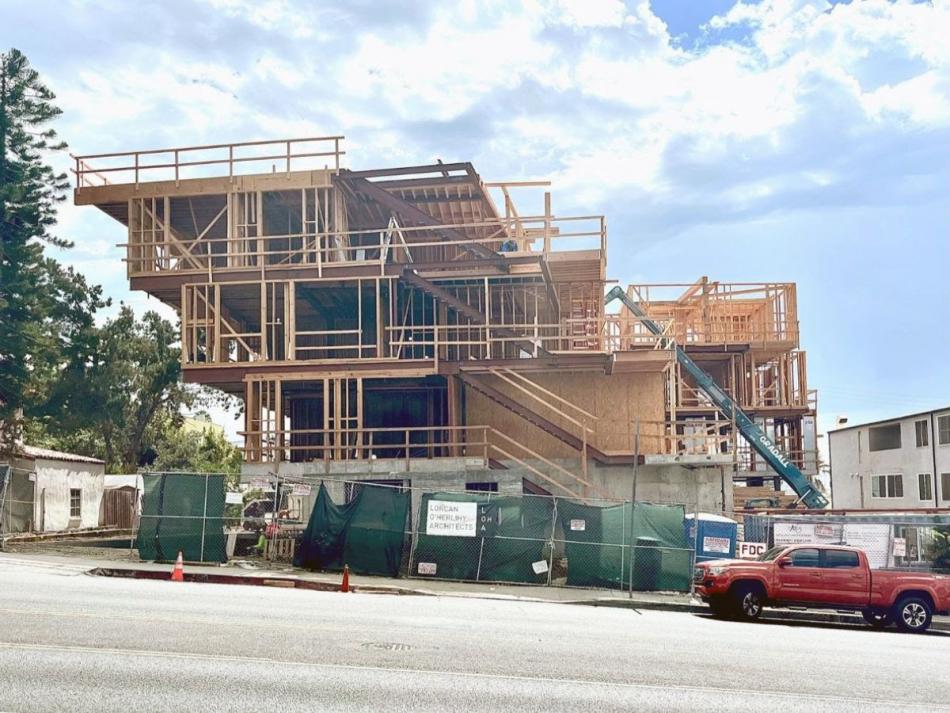 "By eliminating the typical private courtyard solution and pushing the housing volume to one side of the building lot, the design provides each residential unit with public park frontage," reads a description from a project landing page on the LOHA website.

The wood framing of the La Cienega project will be wrapped in materials including recycled aluminum, which would be layered to reflect light and prevent heat gain. The building's stepped floors would be used to create terraced gardens and amenity spaces for residents.

Los Angeles County Assessor records indicate that the property is owned by 1136/1142 La Cienega, LLC, an entity managed by Yosef Simsoly, which acquired the land in 2015.

At the time of the project's approval by the West Hollywood Planning Commission in 2017, it was reported that four of the proposed residential units would be set aside as affordable housing.

The project site, in addition to its location near the Sunset Strip, also sits a few blocks north of Santa Monica Boulevard, where a similar apartment complex is slated for a corner lot at La Cienega Boulevard.