A small commercial building at the busy intersection of Santa Monica and La Cienega Boulevards could be razed to make way for a new mixed-use apartment complex, per a presentation scheduled for this week's meeting of the West Hollywood Planning Commission's Design Review Subcommittee. 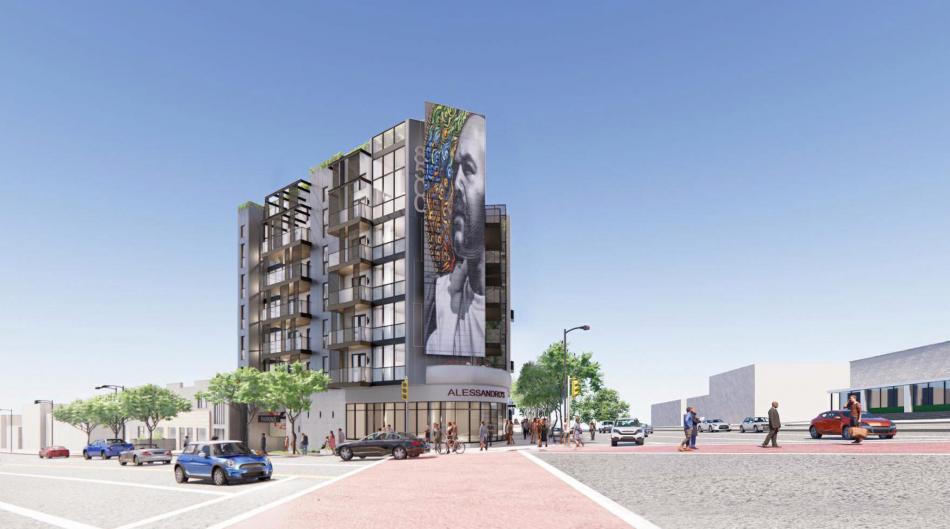 The proposed project, named for its address at 8500 Santa Monica Boulevard, would replace a single-story structure now occupied by a bike tour business with a new six-story edifice featuring 30 one- and two-bedroom apartments above 3,800 square feet of ground-floor commercial space and a two-level, 33-car subterranean parking garage.

The project applicant, listed as the entity 8500 WH, LLC, is seeking the approval of a 50 percent density bonus by setting aside five of the proposed apartments for rent by low- and very low-income households.

Tighe Architecture is designing 8500 Santa Monica, which is depicted in renderings as a contemporary podium-type building clad in smooth stucco, wood panels, concrete, and metal. Plans show a large amenity deck at the roof level, overlooking both Santa Monica and La Cienega Boulevards. 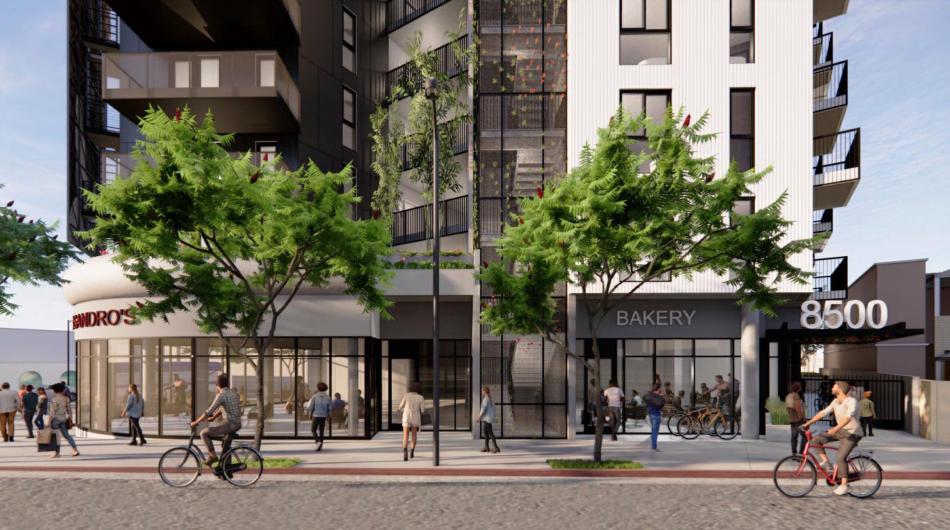 A staff report to the Design Review Subcommittee, while overall complimentary of the design, recommends several areas for improvement.

"Given its prominent location in the city, a well-conceived, intentionally programmed, and finely detailed project has the potential to become a pivotal point and asset within the center of the city," reads the conclusion of the staff report. "With respect to its building performance and environmental consciousness, the project reflects a multitude of city’s goals and aspirations for new development. Yet, with respect to larger issues related to climate and regenerative design strategies for green space, native soil enrichment, wildlife propagation, energy reduction goals, and combatting heat island passively, the project has a way to go."

The project joins a handful of new mixed-use and multi-family residential buildings at the intersection of Santa Monica and La Cienega, which also straddles the boundary between the City of West Hollywood and the City of Los Angeles. 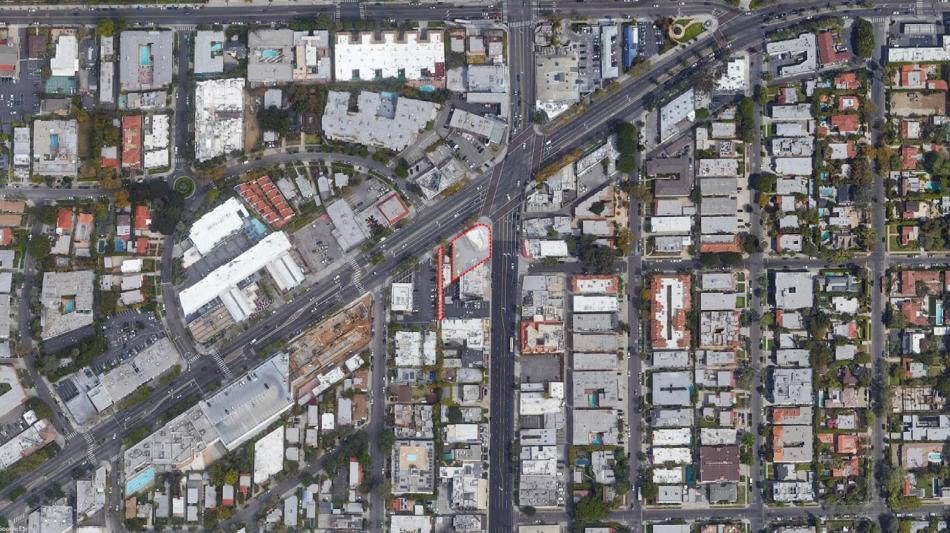 Across the street, a larger mixed-use project is poised to replace a stretch of small commercial buildings at 8555 Santa Monica Boulevard.

To the north on La Cienega, construction is now underway for a 23-unit terraced apartment complex designed by LOHA.